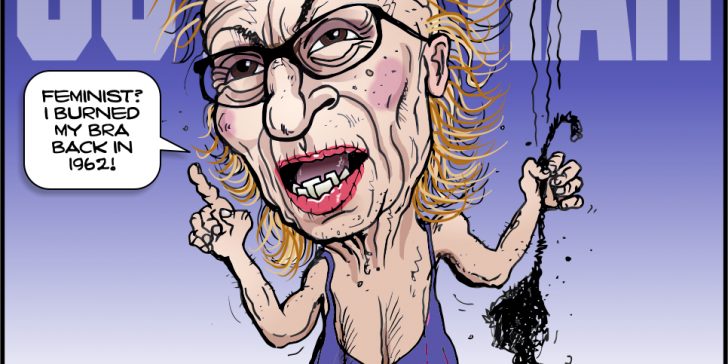 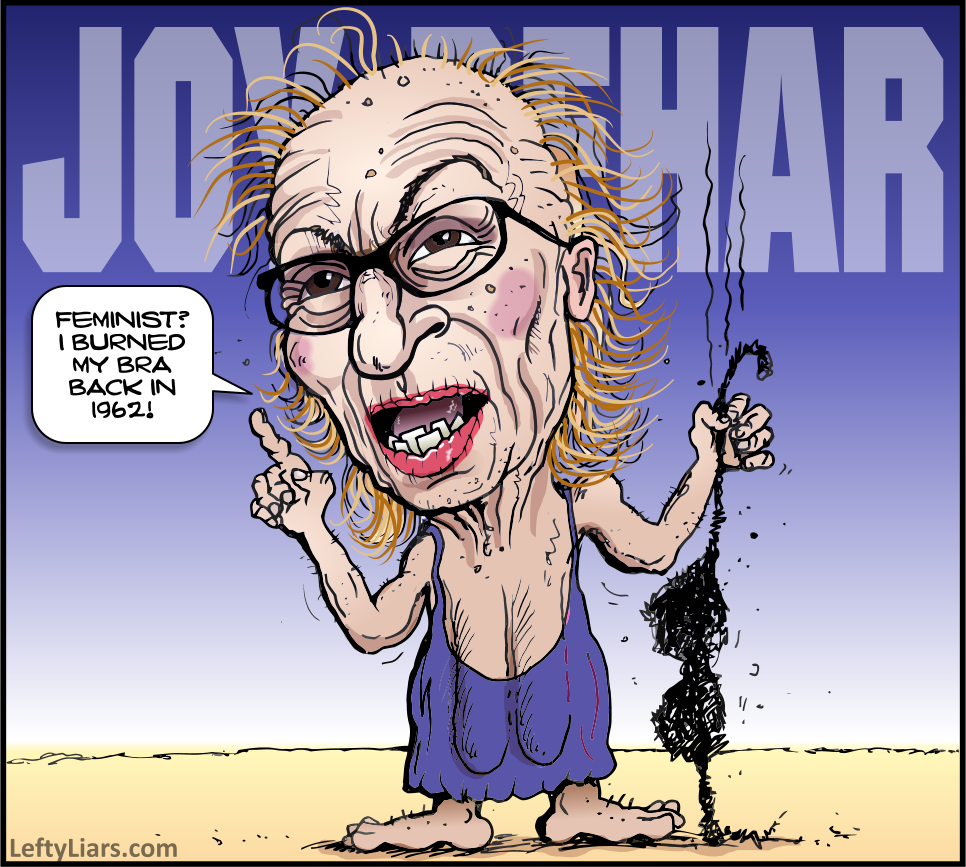 If ever someone had the wrong nickname, it was Josephine Occhiuto, who calls herself ‘Joy.’ She and her husband, Joe Behar, divorced in 1981. Though she married Steve Janowitz in 2011, she continued to use her first husband’s surname with ‘Joy’ stuck in front. Her Italian parents, Gino and Rose Occhiuto, spoiled their only child. Gino was a truck driving teamster, who idolized felon teamster boss Jimmy Hoffa, and Rose was a sewing-machine operator. They argued a lot, so Joy would run to her uncle’s place upstairs to escape the fighting. Growing older, Behar suffered from depression and went from one therapist to another.

Over time Joy became a killjoy, full of spit and venom. Tired of arguing with school principles and students, Behar gave up trying to teach high school to become a receptionist, but she was fired from that job for being rude to customers and ended up on the dole. Stand up comedy was her last hope, but her humor was bawdy and rough, with a lot of anger and sex. From an article in New York Magazine, November 9, 1992, Behar was quoted saying:

My father never saw me perform live. He couldn’t stay indoors. He was claustrophobic. All those years I thought he was abandoning me, he was just trying to get some air.

I hate to be the one to tell you Behar, but I think it is far more likely that your Italian Catholic father hated your ribald humor, and could not bear sitting there being embarrassed by you. So he stood outside. When you whined about it later, your mother made excuses for him, saying he was claustrophobic.

If that were true, how could he stand being cooped up in a truck cabin for days at a time, or in his bedroom overnight?

And who could blame him for being embarrassed? Your rude attacks on good people are painful listening, especially with your fingernail-on-blackboard accent.

As if Gino would want to hear his daughter harping on about her vagina and men’s penises and sex lives. It says a lot for your naivety that you did not figure this out for yourself. Claustrophobia? Puh-lease.

Today Behar is 77 but with a lot of makeup and a wig, looks not a day over 76. While her comments grow more acid and raucous each year, they are also less funny. Like most old left-winged cronies, her humor was hijacked and replaced with Trump Derangement Syndrome, and pharmaceutical products keep her going. Like Bette Midler, she should be in an old people’s home, but modern drugs allow her to spend her days insulting President Trump on ABC’s “The View.”

Although Behar thinks herself an expert on politics, she is wrong about almost everything she says on the subject. Last Friday on The View she stated:

“I think that Biden… needs to go out there and really shame them and play the – not victim card but – the aggrieved father card. He has lost two children, Joe Biden has. He has one son left, and these shameless people are attacking his son. The one boy that he loves still that he has to go home to at night. That is the real truth of the situation.”

According to Behar then, we should not pursue blatant misuse of government power if the corrupt politicians involved have lost children. Saddam Hussein’s two sons, Qusay and Uday, were killed on July 22, 2003, five months before authorities caught Saddam. He was hung three years later in December 2006. According to the political genius Joy Behar, we should have acquitted Saddam because he lost two sons.

On the issue of Hunter Biden’s appointment to the board of Burisma Holdings, the Ukrainian natural gas company, Behar said:

Well, the Burisma thing is nepotism, and let’s just call it what it is. It’s just nepotism, and if you’re gonna talk about nepotism, look at his, Trump’s, family. It’s all over the White House. I mean, come on.

Donald Trump, Ivanka Trump, and Jared Kushner forego their wages, working for nothing, so once again, Behar fails miserably in both the fact and logic departments. The ‘Bursima thing’ as she so intellectually puts it, is far more than nepotism. That would be like describing stage 4 lung cancer as a common cold. Nepotism means “The practice among those with power or influence of favoring relatives or friends, especially by giving them jobs.”

The definition says nothing about being unqualified. Burisma Holdings is a Ukrainian natural gas company. Hunter Biden could not speak Ukrainian, had no background in natural gas, the energy industry, or Ukraine, yet was given a job on Burisma’s board of directors, which paid about $80,000 a month. That’s an excellent wage for someone who knew nothing about gas. His father, Joe Biden, the US Vice President, just happened to be Obama’s emissary to Ukraine, so he had plenty of influence there. You can read Breitbart’s timeline of events on this subject that contradict Joe Biden’s defense of his son, here. Then there was the $1.5 billion Hunter’s company secured in funding from China. According to Peter Schweizer, president of the Government Accountability Institute, Hunter Biden was stuffing his pockets with foreign money while his dad was Vice President.

Democrat President Clinton gave his wife Hillary a job the week he was elected. Democrat Obama gave his wife work too, and both men kept every dollar of their salary. President Trump donates his salary to charity, and Ivanka and Jared receive zero wages.

Behar’s defense of Hunter Biden and her smearing of Donald Trump is an excellent example of how the Left has gone straight down the toilet in the last few years. They tell barefaced lies to defend their rotten-to-the-core Democrats at all costs, and in doing so, ruin their reputation. Behar is a washed-up has-been with daddy issues. My advice for the old hag is to become gender fluid, have a penis sewn on, and marry Bette Midler. You two feminazis deserve each other.