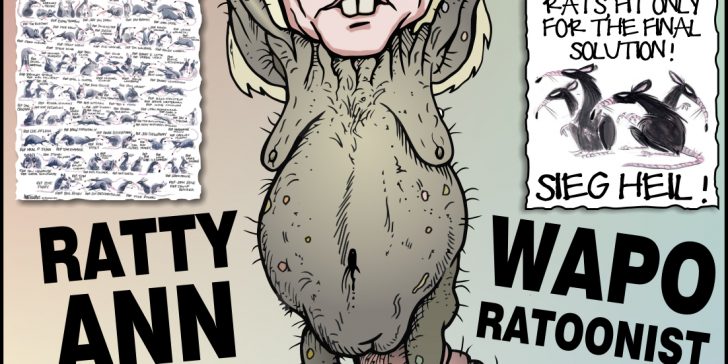 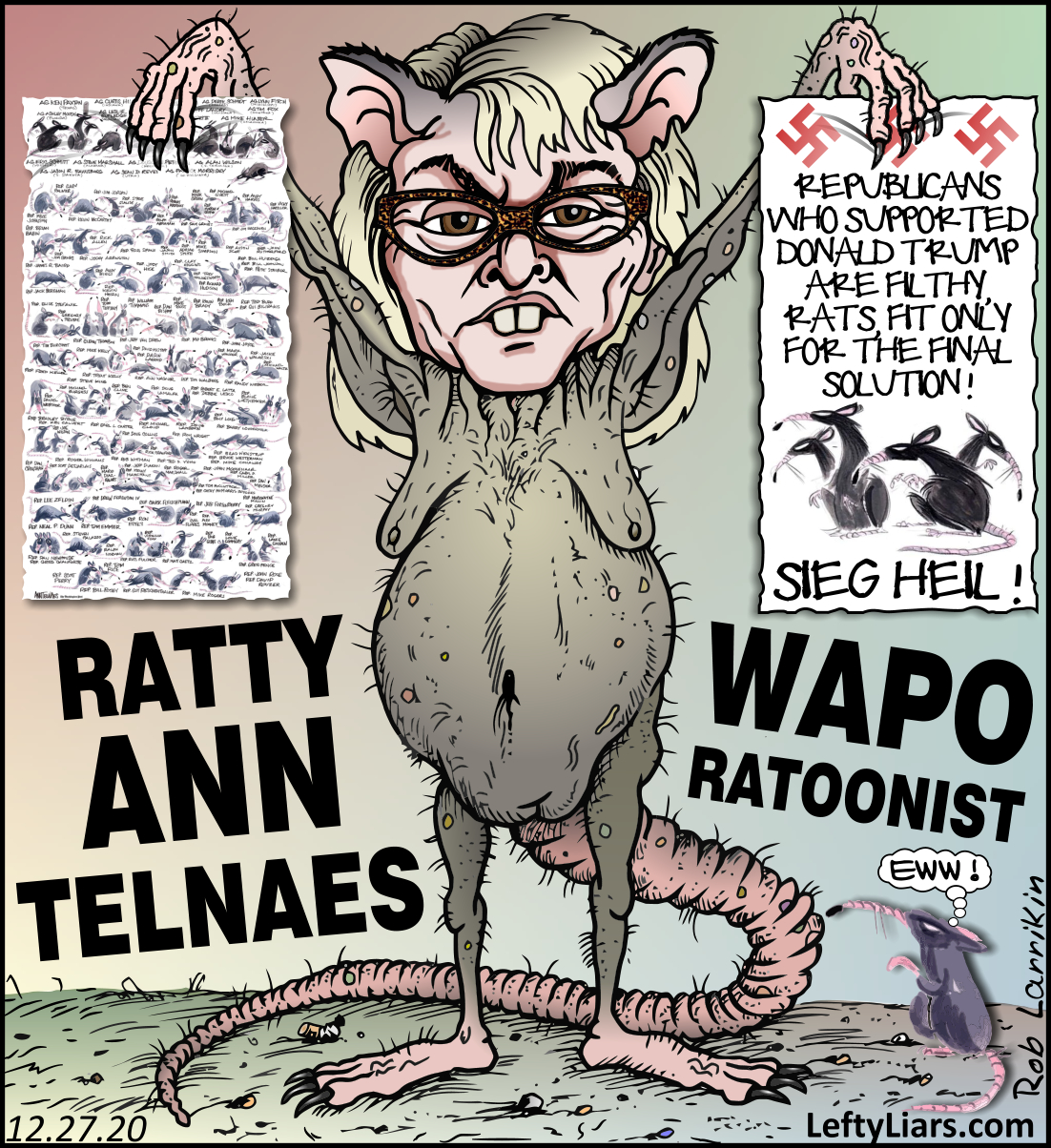 Socialists generate lies and insults to defame their enemies using a method enshrined by Adolph Hitler’s propaganda minister, Joseph Goebbels. In 1940 he ordered the propaganda film Der ewige Jude (The Eternal Jew) to be made. The preposterous flop was a collection of lies and myths made by National Socialists (Nazis), about as accurate as Fake News’ portrayal of Donald Trump during the US 2016 – 2020 Civil War.

During that massive insurrection, Trump was called every offensive noun in the dictionary, compared to every kind of repulsive animal, framed as every possible evil character, and accused of any and every crime imaginable. The method used was a perfect copy of Goebbels’ treatment. The Left’s Socialist cabal of misfits branded Trump a molester of women and girls, a rapist, pervert, liar, cheat, thief, Nazi, tyrant, and every other possible slander you can imagine. Try it out for yourself: Bing the following terms (or click the links next to them):

It is exactly what National Socialists did – tell a never ending stream of lies about those they disliked. The next step was mass murder. A common theme was rats. Socialists love to depict Jews as rats, as these two 1939 cartoons show:

Parallel to these Jewish wanderings throughout the world is the migration of a similarly restless animal: the rat. Rats have been parasites on mankind from the very beginning. Their home is Asia, from which they migrated in gigantic hordes over Russia and the Balkans into Europe. By the middle of the 18th century, they’d spread over all of Europe. Toward the end of the 19th century, with the growing shipping traffic, they took possession of America as well, and eventually Africa and the Far East.

Wherever rats turn up, they carry destruction to the land by destroying mankind’s goods and nourishment and spreading diseases and plagues, such as cholera, dysentery, leprosy, and typhoid fever. They are cunning, cowardly and cruel, and usually appear in massive hordes. They represent the elements of sneakiness and subterranean destruction among animals, just as the Jews do among mankind.

See the whole vile film here, and while watching, reflect on how similar it sounds to Fake News in the 21st Century regarding President Trump. 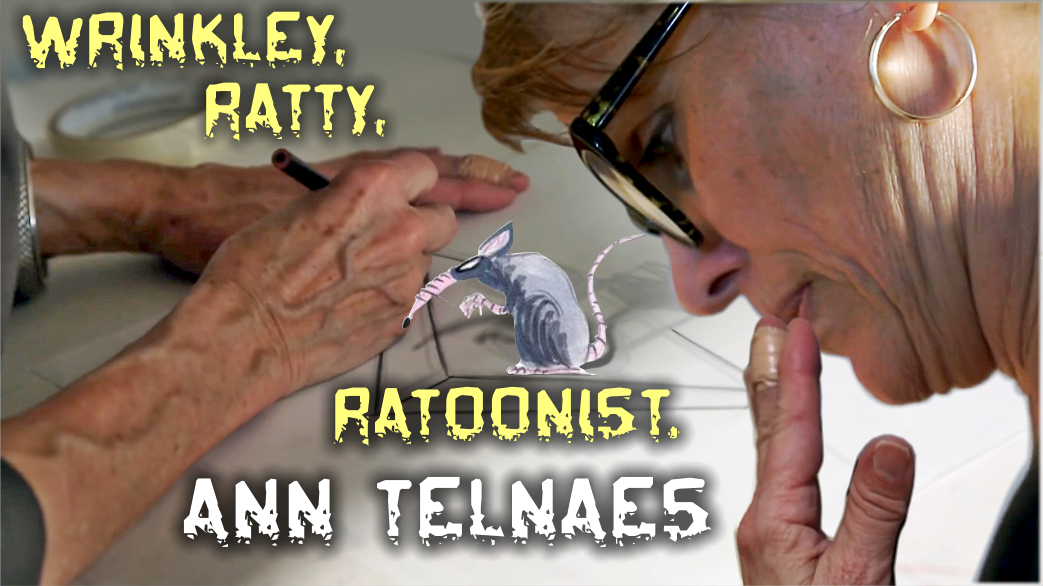 Two years ago, I wrote about the Washington Post’s Ann Telnaes when she supported John Wagner’s childish attacks on President Trump. Since then, it seems she has descended further into the bowels of Socialist foulness, now using the Nazi’s swarms of rats to besmirch Trump and Republicans.

The old Swedish woman read her first newspaper at about thirty, never understood much about politics, and became a fervent Trump hater when he said something smart. An ardent feminist, she supports Socialists with passion and has no problem with her employer being among the biggest publishers of Fake News outside of CNN. 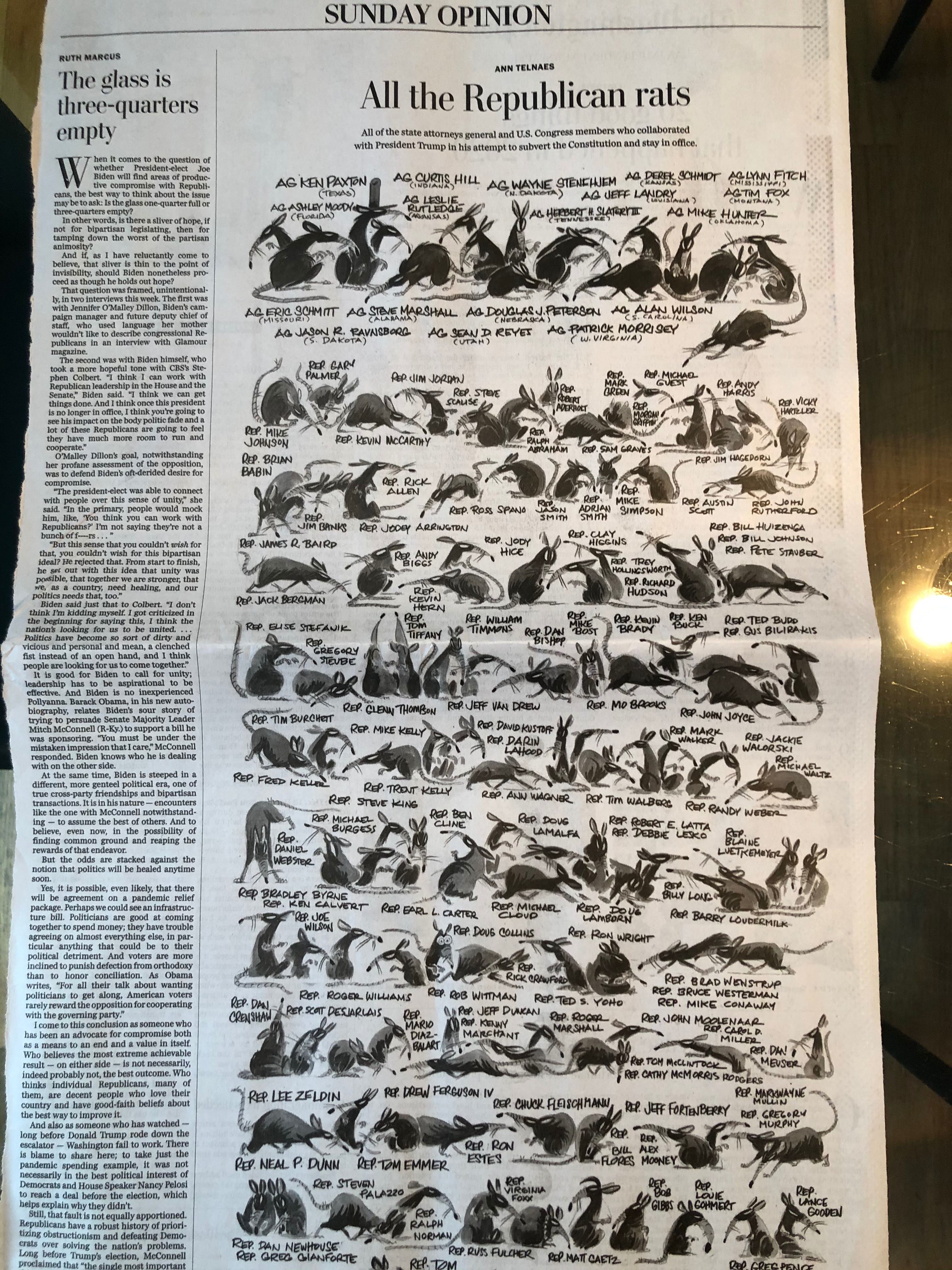 As the Post’s only ratoonist, Telnaes prides herself in insulting Republicans just as Nazis insulted Jews. A week ago, she outdid herself, drawing no less than 144 rats in a pitiful attempt to smear state attorneys general and US Congress members who supported their President.

Her crappy ratoon appeared in the Washington Post (backup here), but may disappear as Telnaes’ hate mail piles up, or the Post folds once and for all.

Telnaes outdid the Nazi cartoons above, which only used 43 rats in one comic and 40 in the other. Her pathetic ratoon equaled all their rats added together with another 61 besides – one for every ratty year of Ann Telnaes’ existence.

Imagine if Ann and her parents had stayed in Sweden, where they could berate their fellow Swedes as Greta Thunberg does.

They could have worked on finding ways to import more tribesmen from Africa into Sweden instead of bugging Americans.

No, some Democrat twit like Carter or Clinton wanted Socialists by the shipload from Europe, for their votes. He pointed at the plaque on the Statue of Liberty and said, “Give me your wretched, tempest-tost, homeless refuse,” for they were always reliable Democrat voters.

What wretched refuse did the US gain? Socialist lowlifes like Ann Telnaes, who, at sixty years of age, is pumping out one ratoon after another in an attempt to confuse American youth. Most folk would rather look at roadkill than one of her chicken scratchings, but the Washington Post thinks a page full of rats is constructive, just as Goebbels did. The chuckle-heads need John Cleese to remind them who won the war.