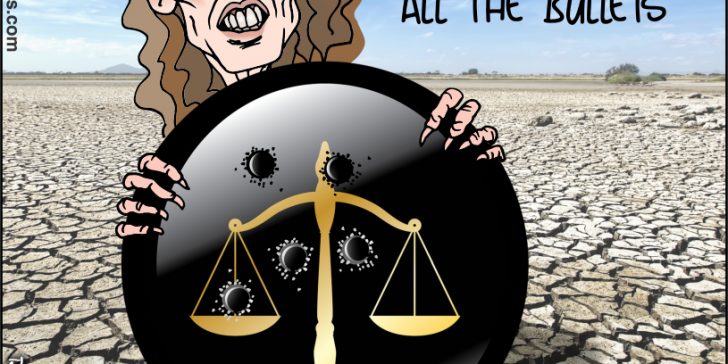 President Trump denied Thursday that he had directed his former personal attorney Michael Cohen to break the law during the 2016 campaign by buying the silence of women who claimed they once had affairs with the future president.

This leading statement contains a questionable presupposition and is “loaded” with that presumption. Loaded words can be used against anyone, including John Wagner. First, a journalist could ask him if he told his boyfriend to take naked photos of underage boys all through 2016 and whether it was true that he paid his boyfriend to keep quiet about it. After John denied it, the journalist could write:

John Wagner denied Thursday that he had directed an alleged former boyfriend to break the law all through 2016 by taking photos of underage boys, or that he bought the silence of the boys along with the alleged ex-boyfriend’s silence.

Many readers would wrongly assume that Wagner had been doing such things. Why should the Washington Post risk legal action when using loaded statements and hot air? Wagner continues, writing:

In morning tweets, Trump, however, did not dispute that he had directed Cohen to make the payments, as Cohen and federal prosecutors have alleged — actions that could imperil Trump.

More of the same loaded language. Let’s do the same with Wagner:

In morning tweets, Wagner, however, did not dispute that he had directed the alleged boyfriend to take photos, as several sources have claimed — actions that could imperil Wagner. He also did not say whether he has stopped beating his wife.

Trump’s tweets Thursday were his first public comments about Cohen since his sentencing. On Wednesday afternoon, the president ignored questions shouted by reporters about his onetime loyalist.

When Cohen broke rules that would eventually cause trouble for his boss, he was not loyal. It was disloyalty. Does Wagner have his very own definition of the word? Perhaps it goes as follows:

Loyalty
noun
Breaking the rules and being dishonest in a way that will impact your employer and cause him trouble.

Trump employed tens of thousands of people. Statistically, a certain percentage will break laws and get into trouble. Does Wagner think that no George Soros employee ever broke the law? Also, insinuating that if an employee violates laws, his boss must be guilty by association is a logical fallacy. After using all the loaded language, Wagner is now ready to provide some Fake News. He writes [emphasis mine]:

During an earlier interview on Fox News on Thursday, Lanny Davis, an adviser to Cohen, said Trump’s credibility is questionable. Davis pointed to an assertion Trump made in April to reporters aboard Air Force One that he knew nothing about a $130,000 payment to Daniels to silence her about their alleged decade-old dalliance.

Assertion? As Trump brushed past reporters, he was asked if he knew about the payment and said no. So what? Attorneys often look after legal matters without billionaires being aware of the detail. This little matter was then blown up into another nothingburger by Fake News, using loaded language, double-talk, and rigmarole.

The John Wagner article featured a cartoon by Ann Telnaes [*removed since this article was published].

Telnaes depicted Trump hiding behind Cohen, letting Cohen take the bullets for Trump’s ‘crimes.’ Like Wagner, she thinks she is smart enough and politically wise enough to be the judge, jury, and executioner.

Ann Telnaes was born in 1960 in Sweden. According to her YouTube interview, she didn’t even read a newspaper until she was almost thirty. Then Telnaes saw Anita Hill accuse Clarence Thomas of sexual assault in 1991 and, once again as judge, jury, and executioner, decided Thomas was guilty. Was she capable of judging him by watching the matter on television, as a woman who had recently started reading newspapers, with no experience in politics or the law? Clearly no, yet she decided she had every right to make that decision, which inspired her as a feminist to start drawing political cartoons in her 30s. At 58 years of age, the egotistic Swede bashes President Trump regularly with washed-out-looking scrawlings. She has no original style; it appears she looked at hundreds of other cliched Trump toons and tried to blend in with the herd.

It probably never occurred to Telnaes that Thomas’ accuser was motivated by politics, just as Judge Kavanaugh’s had been. When she eventually realizes just how wicked Democrats are, she will know she spent those 27 years working for the wrong side. What a waste of life! How many girls were pulled into the black hole of socialism with her, thanks to her apparatchik toons?

These knuckleheads Wagner and Telnaes need to learn to respect the presumption of innocence, one of the most sacred principles in the criminal justice system, which holds that a defendant is innocent until proven guilty. Naïve reporters and cartoonists are not judges, juries, and executioners. 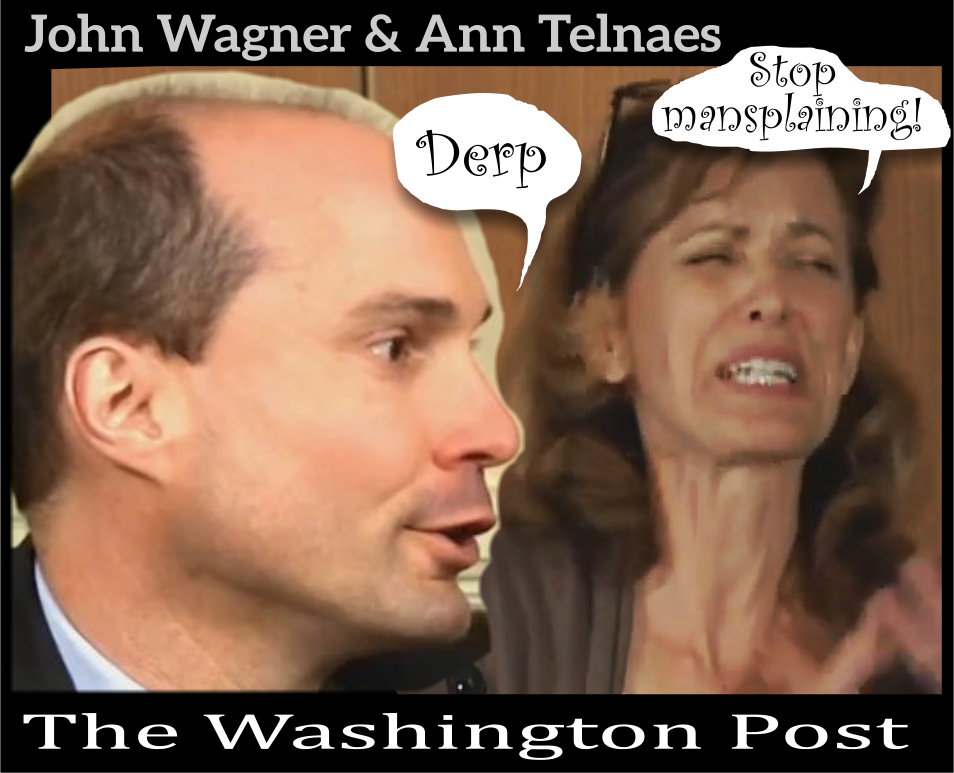