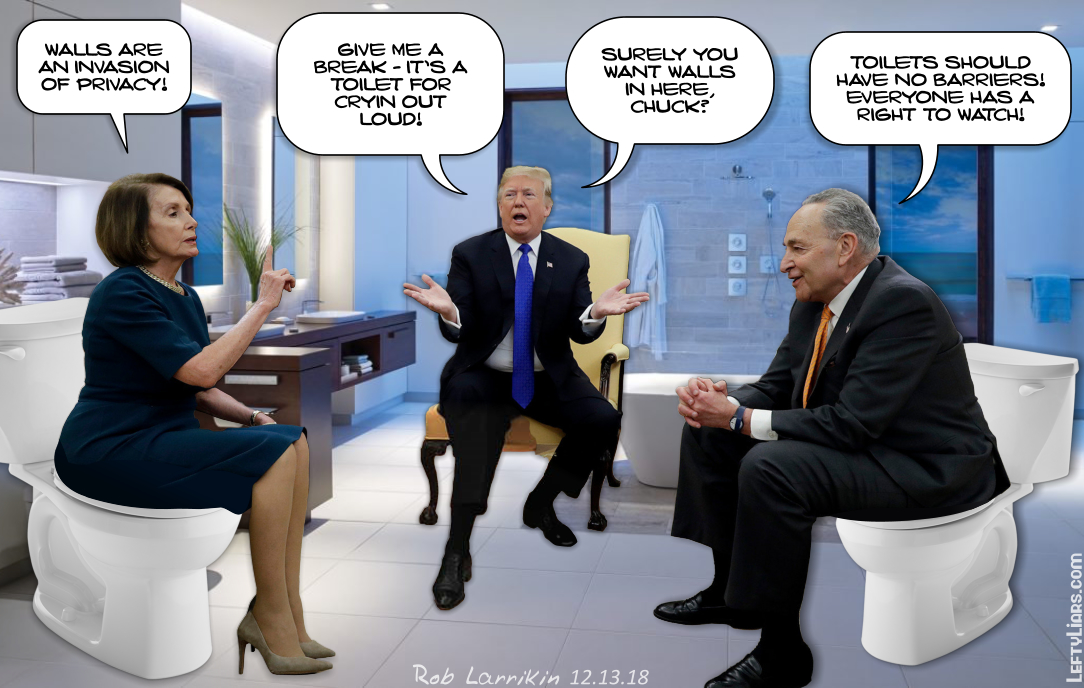 When Nancy Pelosi spoke with Donald Trump, she came across like the senile old Auntie nobody listens to. They are commonly found in large family gatherings, sipping wine, showing their flabby, faded tattoos and mumbling about their days as a Rolling Stones groupie.

She wagged her finger at President Trump and like an old witch tut-tutted him for wanting to talk about America’s security in front of the public. It was a pathetic display. Chuck Schumer was like a naughty schoolboy sitting in the other chair, refusing to face Trump as he spoke. After chanting a couple of lines over and over, interrupting instead of listening, he thought he had achieved something. He probably was not aware of how Trump spanked him in front of the entire world. 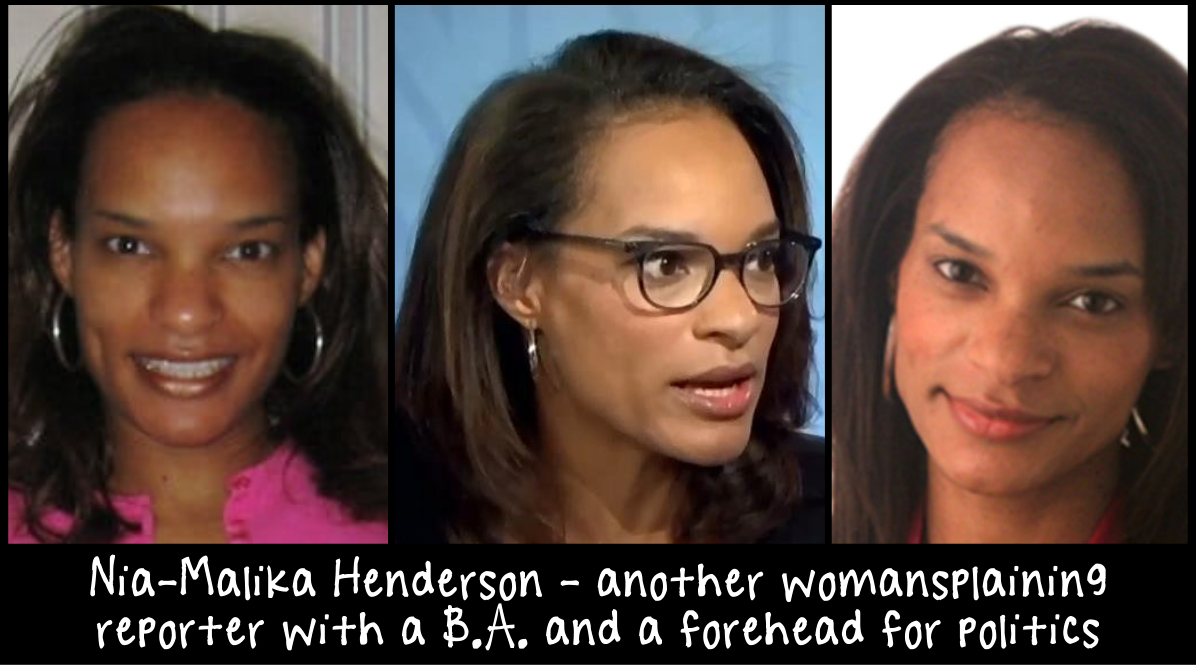 Nia-Malika Henderson is a CNN reporter. There is little about her online except that she is 44 years old, has a B.A. and studied journalism. ‘Nia’ in Swahili means “purpose” while Malika translates to “Queen” in Arabic if that is relevant. Otherwise, she is just another anti-Trump, NPC, CNN snowflake to us conservatives.

In an article Nia-Malika Henderson described old Pelosi’s mumbling as a ‘roar.’ Her headline read, “The Year of the Woman just roared in Trump’s Oval Office.” If Nia-Malika heard roaring, perhaps it was blood pressure – blood rushing in her ear, or perhaps her hearing is going the way of her hair.

Donald Trump wanted a show in the Oval Office, so he got one. He just never expected that the title of said show would be, “Nancy Pelosi Takes Donald Trump to School.”

As usual, the truth is the reverse. President Trump gave old Nancy and Chuck a good lecture, repeating himself over their timid whining until he thought they understood. They sat there and took it, hating every minute and wishing they had not agreed to come. Nia-Malika continued:

It was no big deal. Trump told them how it was, and they looked like a pair of shivering Chihuahuas. Human fear is similar to fear in dogs. The head points down and turns away from a direct stare, and there is trembling. Chuck Schumer was obviously scared.

And, wow, what a show it was. It featured yelling and condescending and mansplaining and interrupting and bloviating. As in, a revealing look at matters of men, women, politics and power. Pelosi — without raising her voice,without gesticulating wildly, without interrupting — flipped the script on Trump, revealing his naivete on the subject matter and her new position of strength.

This woman sounds like the crow owned by the Witch in Hansel and Gretel. “Awwk! My owner is the best! She’s so commanding! Aark!”

See for yourself. Nancy repeated herself over and over like a dimwit, and Trump had to explain a simple concept over and over, about not wanting to waste time on a fruitless exercise. The tone of the dialogue was normal for any political debate, and there was no yelling. Nia-Malika is confusing ‘raised voices’ with yelling. There is a difference. Very few Fake News reporters these days understand English very well. Nancy and Chuck interrupted many times, and though Nancy tried mansplaining, it came out as hag-mumbling. There was no wild gesticulating either. Nia-Malika merely has the wrong words for ‘hand gestures.’ There is little doubt her English teacher was more interested in teaching Feminist and Green propaganda than grammar. To Nia-Malika, it would appear, any old verb or adjective will do.

[Trump] no longer can run roughshod over a co-equal branch of government and there’s a (capable and formidable) woman standing in his way.

How could Trump ride ‘roughshod’ over the House with a dozen ‘never Trumpers’ in his own party? Does Nia-Malika know anything about politics? To describe old maid Pelosi as ‘formidable’ is like describing a pillow fight as gang violence. You would need to be a small worm to see Pelosi as formidable. She is in her position because the Left use union rules. Each Vogon shuffles along the line until it is their turn to be in the top job. Talent has nothing to do with it. If they break the rule for Pelosi, then the rest might miss out too, and they cannot have that.

With rare exceptions (like Ayn Rand or Margaret Thatcher) I prefer my political geniuses to be male, balding and white-haired. Listening to unqualified women gabble and gossip is hardly a substitute.