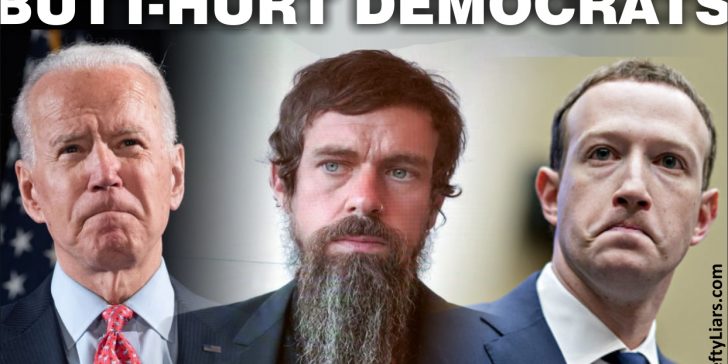 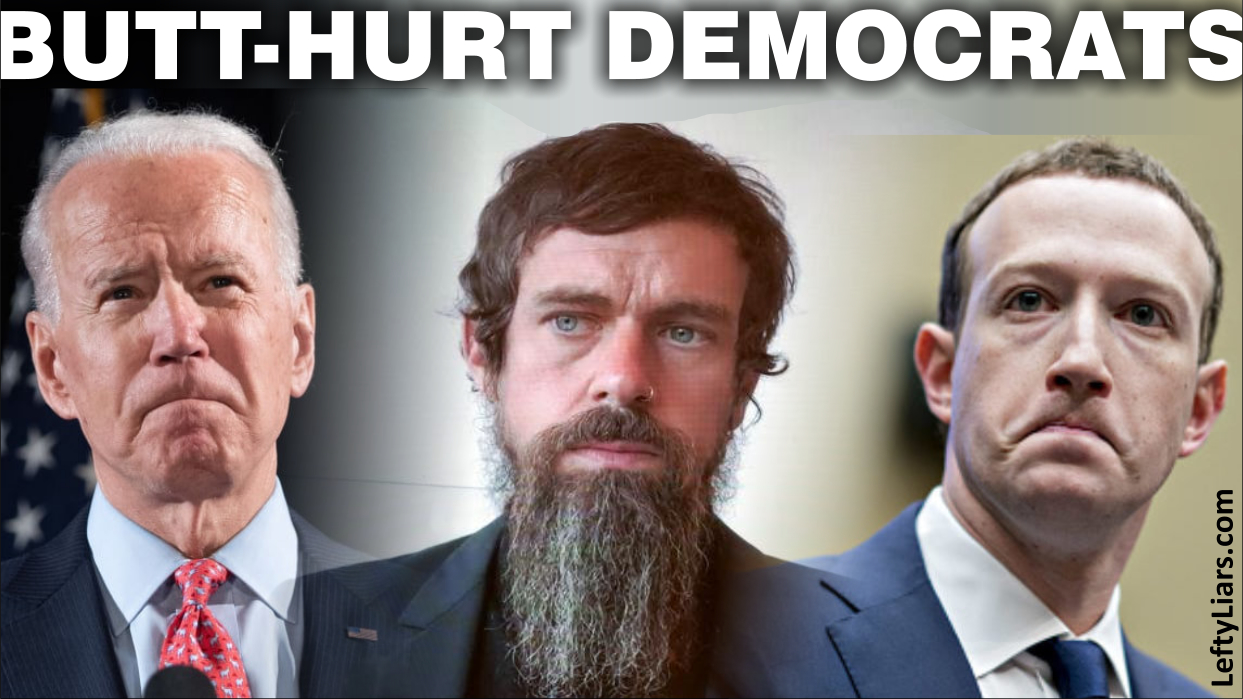 On the last day of the Trump administration, Tucker Carlson pointed out that since Democrats won everything they wanted, surely they should be celebrating. Instead, they are angry and vengeful. Tucker said:

If you [have] made hating Donald Trump the very center of your life, this has got to be a pretty good day for you. You won. Your party now has control of everything … you got exactly what you wanted. You should be thrilled about that. You ought to be celebrating. But they’re not celebrating; that’s the remarkable thing. No one in the Democratic Party seems happy tonight. They’re angrier than ever. Instead of taking victory laps, they’re plotting revenge against the people they just beat. They’re thinking of new ways to injure and humiliate and degrade their political opponents; make it impossible for them to work again. Throw them in jail. Destroy their lives. It’s hard to describe how weird and strange and awful this is to watch. Imagine winning a tennis match in straight sets, then immediately leaping over the net and smashing your opponent in the face with your racket. It wasn’t enough for you to win; you had to inflict physical pain. You couldn’t be happy until another human being screamed in agony. What kind of person would do that?

The Tucker staff member who wrote the above is probably a millennial, and though it is mostly correct, a look at its errors will help answer the very question Tucker is asking.

Let us begin with the words, “You won.” Unless Tucker believes there was no large scale cheating in five or six States during the Presidential Election, the Democrats did not win; they stole – a significant difference and one that sheds light on their current anger. Tucker’s writer repeated this mistake several times in that one paragraph:

Was I an editor on the show, I would have changed the paragraph to portray Democrats as ‘taking power’ rather than ‘winning’ the election because that is what they did. Third-world governments commonly use the practice, and the United States has joined them. When a Venezuelan dictator fixes an election to hold onto power, you see Venezuelan TV hosts saying, “He won,” just as Tucker Carlson does, so this is not new. It is the Standard Operating Procedure overseas. Only a handful of countries enjoy real democracy, and they are all eroding just like American democracy.

To answer Tucker’s question, “What kind of person would do that?” we must scale the issue down to a level we can recognize easily. Consider a Mafia split in half by bitter rivalry. One faction, headed by a cold-blooded monster, Bottaro, want total power, while another group, led by a more reasonable thug, Amico, want control but with more reasonable leadership. Bottaro, with his explosive temper, demands total loyalty or death. Amico wishes for commitment but is less blood-thirsty.

Eventually, Bottaro demands that all members assemble to put it to a vote, and Amico agrees.

On the day of the vote, Bottaro sends his thugs out to investigate his chances of winning. They report back that it appears Amico will win 60% to Bottaro’s 40%. Bottaro is devastated. “How could they do this to me?” he rages. “How could they favor that son-of-a-bitch over me?”

No matter how his associates try to console him, Bottaro is crushed by the news that most mafia members prefer Amico to him. He is furious. Bottaro tells his men to sabotage the vote and ensure his victory by whatever means. “Fail me, and you die!” he promises, grimly.

When his men return, Bottaro yells, “Did you fix the vote?”
“Yes, sir,” his men reply.
“I will win?”
“Yes, sir, you will win.”
Bottaro scowls. His second in command says, “Aren’t you pleased, sir?”
“I cannot forget that my win is fake. Those bastards actually prefer Amico!”

When they announce the results, Bottaro wins easily over Amico, to the latter’s dismay. Members look confused and upset. How could Bottaro have won? Hardly anyone liked him.
“You cheated, you lying scum!” Amico yells out, and the crowd shouts their agreement. Bottaro leaps to his feet ferociously. “Shut your mouth, or I will have your hands cut off!” he screams at Amico. “And as for you,” he glares at the mob, “I will find out which of you betrayed me. All you Amico supporters will be rooted out and punished! You hear?”
Bottaro’s minders pull him away and guide him out the back of the building to a waiting car. “You won, sir,” they appease the angry man. “You will have time to take your revenge, but now you must go to a safer place,” they push.
“Those bastards!” Bottaro fumes. “I will have my revenge!”

Back to the Tucker show

So Tucker, why is Bottaro so angry? He ‘won’ didn’t he? Shouldn’t he be jumping for joy and ‘taking victory laps’ after his ‘win’?

No, the gangster is angry because he is aware he DID NOT win. He knows most of the mafia thugs wanted Amico as their leader, not him. Bottaro’s fury is natural because his win was not fair and square. Had it been, he could have been genuinely proud, but alas, he had to steal the vote to hold onto power. There is no pride in that. It is not the same at all!

And so it was with Democrats. They stole the election, and they know it – not only the leaders but most of their voters. The theft was quite transparent. Those who are not aware at this stage are woefully ignorant dullards, politically.

So like Bottaro in the example above, their ‘victory’ is not sweet. They realize that a majority of Americans voted for their arch-enemy Donald Trump. They understand that most Americans love Trump and despise Biden and Kamala Harris, which creates a sour taste in their mouth and an empty feeling in their stomachs. They are peeved by what they see as a significant betrayal and want their revenge. Just like Bottaro, they want to punish the public for being loyal to President Donald Trump.

So, Tucker, I hope you have learned something today, and my advice is to hire older writers. Some of your staffers are too green. They see things on the surface, which is great, but greater depth is needed. As a libertarian, you still have a lot to learn yourself, and you can start by realizing that Biden did not win his Presidency; he stole it.