Fake News reporters often use nuances in the English language to accuse Trump of lying. They get away with this because English is not the first language of millions of immigrants. Even second-generation immigrants may have problems with some English word meanings, which would apply to tens of millions of Americans. Fake News is happy to make use of this to spread misinformation.

Here is a typical example published in the New York Times. Their headline shouts, ‘Trump Says He Didn’t Know Bannon Until Campaign, but They Met in 2011.’

Trump was quoted as saying:

“I like Steve, but you have to remember he was not involved in my campaign until very late. I had already beaten all the senators and all the governors, and I didn’t know Steve. I’m my own strategist, and it wasn’t like I was going to change strategies because I was facing crooked Hillary.”

The article was written by Linda Qiu, who said:

Mr. Trump told The New York Post that he didn’t know Stephen K. Bannon before the 2016 campaign… FALSE.  Mr. Trump has known Mr. Bannon, his chief strategist, since 2011, when Mr. Trump was considering a presidential run.

It appears that Linda Qiu did not look up the definition of ‘know’ before she accused Trump of lying. There are two basic definitions:

Linda Qiu appears to believe that only the first definition applies to the word know, but Trump was using the word’s second definition.  When he said, “…and I didn’t know Steve,” he meant he had not developed a relationship with him as such. He only knew him as per the first definition, as one might “know” the doorman at their hotel. Sure, you can say, “Hello George” as you go by, and might mention the weather, but you don’t have a relationship with the man. You “know” him, but you don’t “Know know” him. Anglo Saxons, whose first language is English, understand this. Immigrants or the children of immigrants may not. That can be Linda Qiu’s excuse, but what excuse will the New York Times use?

Now, who is this ding-a-ling, Linda Qiu? 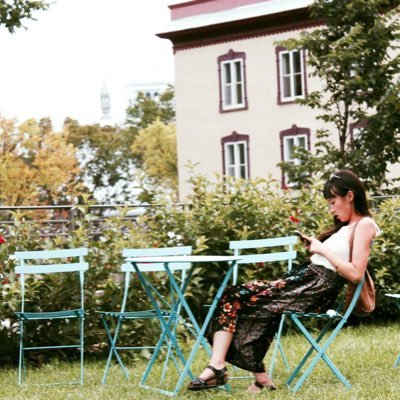 A “fact-checker” with the Times, of course, and before that, Politifact.com, or PolitiFake as I call them.

That video was removed from YouTube and Archive.org’s database, though you can still see its written description here. It appears Qiu can dish out criticism but finds it difficult to receive.

So how about an even better video that fact-checks Linda Qiu, showing clearly what a liar she is? When she has it removed by YouTube, it will still be backed up here.