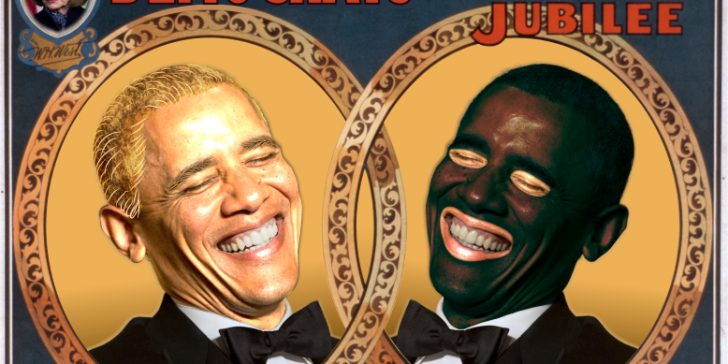 Blackface was initially used to improve the lives of blacks. Al Jolson was promoting blacks when he applied makeup and sang in their place. He wanted to show life from their point of view, and as a result, many white people were educated on the conditions blacks suffered.

While most people loved Jolson, some were angry about his odes to blacks. The Democrat KKK hated Al Jolson and detested his blackface as they believed it made blacks look good. They were among the first to angrily disapprove of that theatrical art form, as you would expect. It was helping blacks enter the world of theater, film, and sound recordings. Much of this was forgotten after decades of left-winged attacks on blackface, which is a shame.

Today Lefties have convinced everyone, even conservatives, that blackface is evil incarnate. For example, conservative commentator Rob Smith appeared on Watters’ World the other day to discuss a couple of issues, including blackface, which he said is bad. Wendy Osefo, a liberal, agreed with him. Many blacks think they “own” this issue, but it was around long before Africans set foot in America.

Caucasians have been utilizing dark makeup to hunt, fight and dance for millennia. Light-skinned warriors would apply charcoal or black mud to their face and neck before going on a raid. Aside from being great camouflage, it helped keep mosquitoes at bay. After smearing mud on their fair skin, white hunters found it easier to hunt at night. It made them hard to see, protected them against bugs, and helped cover their scent. When hunters returned, the tribe would eat and dance around the fire with their makeup still on. So began a tradition of using clay, soot, mud, ink, paint or chalk to color the skin during such dances, adding to the entertainment. It was also used during initiations, sacrifices, and marriage ceremonies. It was not used to “mock” anyone or as a “racist barb.”

Meanwhile, black tribesmen had no need to darken their faces. They were already dark. They would understand whites’ need for blackface very well, even considering it a way to “fix” their complexion.

Applying blackface for entertainment was perfectly acceptable by whites and blacks, and like any other entertainment, it was always protected by the First Amendment.

Congress shall make no law respecting an establishment of religion, or prohibiting the free exercise thereof; or abridging the freedom of speech, or of the press; or the right of the people peaceably to assemble, and to petition the Government for a redress of grievances.

If someone wants to put soot or paint on their face, as their ancestors did for millennia, it is their right to do so.

Here is what even the left-winged Wikipedia says about Al Jolson:

According to music historians Bruce Crowther and Mike Pinfold: “During his time he was the best known and most popular all-around entertainer America (and probably the world) has ever known, captivating audiences in the theatre and becoming an attraction on records, radio, and in films. He opened the ears of white audiences to the existence of musical forms alien to their previous understanding and experience… and helped prepare the way for others who would bring a more realistic and sympathetic touch to black musical traditions.” Black songwriter Noble Sissle, in the 1930s, said “[h]e was always the champion of the Negro songwriter and performer, and was first to put Negroes in his shows”. Of Jolson’s “Mammy” songs, he adds, “with real tears streaming down his blackened face, he immortalized the Negro motherhood of America as no individual could.”

Jolson loved black musicians, and they loved him. He was not denigrating them with his performances – he was saluting them.

From the same source:

Jolson often performed in blackface makeup. Performing in blackface makeup was a theatrical convention of many entertainers at the beginning of the 20th century, having its origin in the minstrel show. According to film historian Eric Lott: “For the white minstrel man to put on the cultural forms of ‘blackness’ was to engage in a complex affair of manly mimicry… To wear or even enjoy blackface was literally, for a time, to become black, to inherit the cool, virility, humility, abandon, or gaité de coeur that were the prime components of white ideologies of black manhood.”

See the tributes to Al Jolson by American blacks here.

According to the St. James Encyclopedia of Popular Culture: “Almost single-handedly, Jolson helped to introduce African-American musical innovations like jazz, ragtime, and the blues to white audiences… [and] paved the way for African-American performers like Louis Armstrong, Duke Ellington, Fats Waller, and Ethel Waters… to bridge the cultural gap between black and white America.”

If you watched Democrat behavior since President Trump’s election, you are familiar with their penchant for creating Fake News, and how they use the race card to stir up racial tensions each day. They keep blacks on the plantation to harvest their votes, by convincing them that conservatives are racist. They devised the tag ‘African American’ to remind blacks of their slave roots, yet black Americans have been in the U.S. for more than seven generations. If your Italian ancestors came to the States seven generations ago, we call you ‘American,’ not ‘Italian American.’ The same applies if your ancestor was British, French, Japanese, or of any other nationality. Yet blacks are called African Americans, as though they disembarked from slave ships last week. Never mind that it was Democrats who imported slaves and fought to keep slavery during the Civil War, or that Republicans died by the score to end slavery, under Republican President Abraham Lincoln..

Racist Democrats took an innocent form of entertainment; much loved by blacks themselves and turned it into a political weapon. It has now been caricatured into a preposterous cult where they even describe chimney sweeps from Mary Poppins, a 1964 musical film, or coal miners with coal dust on their faces, as racists!

There is now a level of fanaticism regarding this myth that approaches the stultification of science by the Catholic Church during the early modern period. For centuries the Catholic Church insisted the Earth did not move. Most people in the 17th century agreed with them, as most people today agree with Rob Smith and Wendy Osefo about blackface.

Both were wrong. It took the Catholic Church 359 years 6 months 19 days to admit their mistake. How long will it take Rob and Wendy? 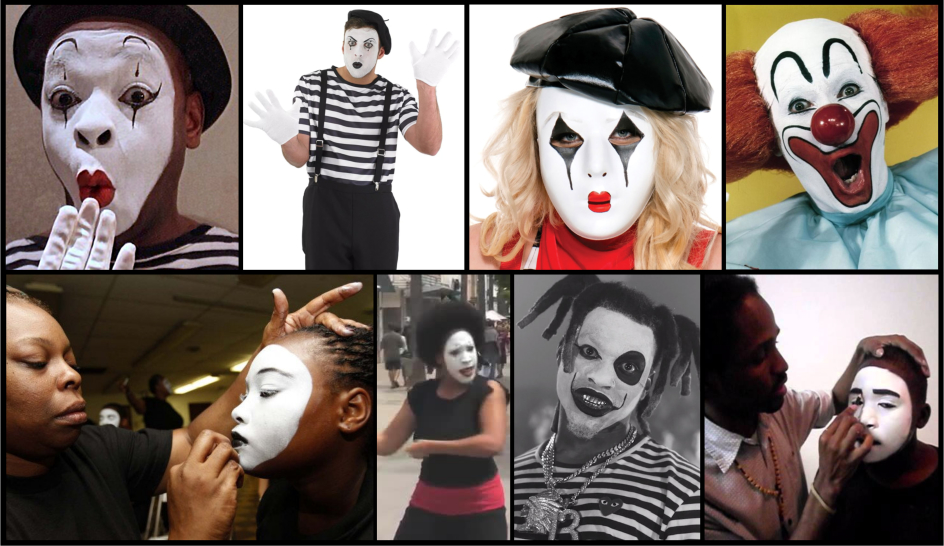 There are hordes of mimes and clowns in the world. Many thousands of them are black, and paint on whiteface. When we see black mime artists or clowns in whiteface do we accuse them of trying to mock white people? Pardon the pun, but this is black and white hypocrisy.

Black mimes and clowns use whiteface for the same reason humans have been using it since man first walked on two legs. His hands were free to do creative things, so he used them. Creativity means smearing different colors on your face. It is an activity as old as man.

Yet today’s Lefties have a phobia about blackface; a fad; a cult; a passing craze. Our great grandchildren will look back and laugh at them for being so stupid.

Subconsciously they mean, “Blacks are disgusting!” As they denigrate others, they are really just describing their innermost thoughts. People like myself, who have no problem with blackface, have no problem with blacks. I judge people by their actions and deeds. Under me, immigration would only admit law-abiding, talented migrants, wealthy enough to guarantee they would never go on welfare, provided they signed a contract to that effect. I would use America’s drawing power to attract the best. That system is colorblind. Applicants who scored highly would pass, regardless of color.

White-skinned Democrats pretend to be non-racist but hate blacks along with most Hispanics and Arabs, and nothing is sillier than seeing two blacks sitting in a Watters World set, chatting about how lousy blackface is. They need to figure out that they have black faces, and to start liking them.