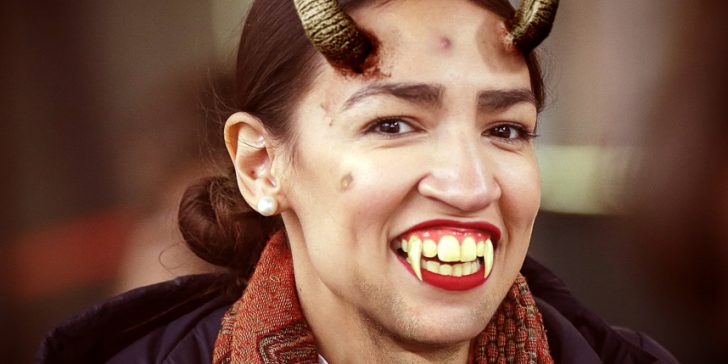 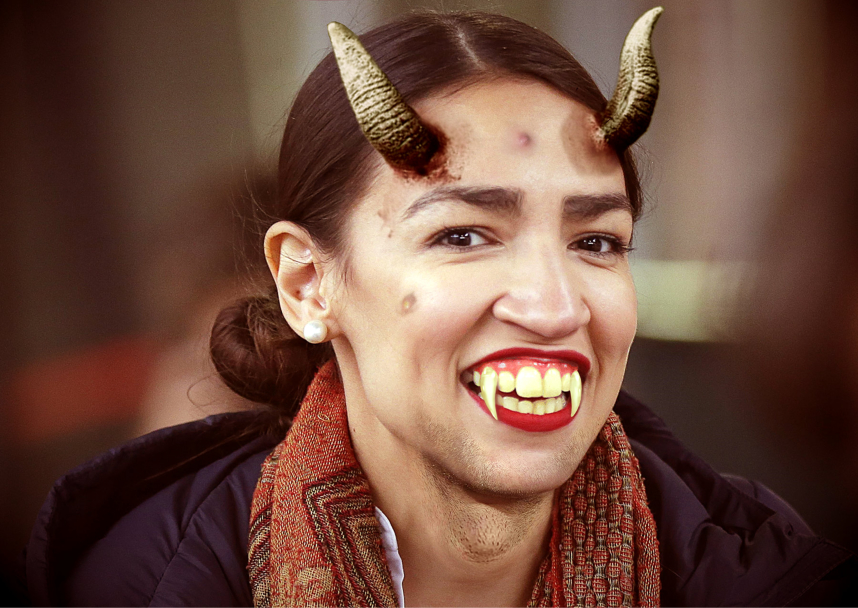 The term going green is so familiar now that nobody seems to remember it was merely another lie generated by the Left. They created so many myths that some of them stuck. The ‘going green’ one is used by thousands of government and business entities, commonly. A couple of random examples plucked off the web include the Sinclair Broadcast Group’s WJLA ‘about us’ page here. At the bottom, it says, “We are going green! …we will begin sending all invoices electronically.” Another is this government page called ‘green’ which lists ways to save energy under the heading ‘Going Green.’

At the bottom of that page, there is a green survey box titled “What you think matters!”

It asks ‘Was this page helpful?’

It says ‘I did NOT find this page helpful because it …’

It asks ‘Would you like to tell us how we can improve the page?’

It asks ‘How can we make this page more helpful?’

Copy and paste this in:

Stop using the nonsense term ‘going green,’ an invention of the Left, and cease telling us to ‘save energy.’ Nuclear power is abundantly available, safe and cheap. Build nuclear power stations. Stop whining about saving energy and do your job.

Study any reference to ‘going green,’ and you can see how ridiculous it is when broken down. It assumes:

1)  the planet is a living being that needs ‘saving’ [wrong].

2)  that byproducts of human activity are “bad” for the planet [incorrect].

4)  that weather is affected meaningfully by human actions [erroneous].

5)  that human activity is by nature bad [fallacious].

7)  that all animals and plants should be saved [untrue].

8)  that extinction is bad [incorrect].

Schools and Hollywood teach children lies about the environment. “Humans are killing the planet,” they preach, worshiping Gaia, but Earth is not alive. It is a large rock wrapped in a thin layer of water, air, and dirt. An even thinner film of life exists on it. If you shrunk the planet down to a sphere 2.4 meters (7’10.5”) wide, it would fit into your living room, from floor to ceiling.

If you placed your nose right up to the sphere, you would not be able to see humans on its surface, even with a powerful optical microscope. On that scale, humans would be .32 microns tall, which is a little bigger than a virus, or about 6.2 times smaller than an E. coli bacterium. See the math for this here. The Earth’s vegetation would be a faint coloration. It would be like crouching on the top of Australia’s Ayers Rock in the wet season and looking at a greenish tint on its surface. 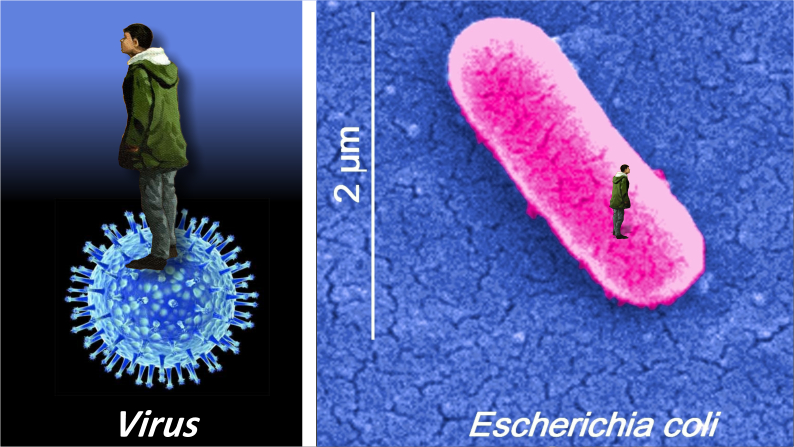 The planet is perfectly okay. It cannot die because it is not a living organism. As far as planets go, it is a precious jewel about as perfect as it could be for sustaining life, but the work we tiny humans have done, compared to Earth, is so insignificant as to not even be worth mentioning.

It is true that China needs to clean up its filthy factories, and you will notice that environmentalists never mention that because most of them are communists.

All the things we manufacture are made with materials taken out of the Earth’s crust. When we dispose of them, they return to the Earth’s crust. They came from the same ground they go back into. The planet is made of tectonic plates that effectively mix its crust-like dough, over and over again over millions of years. Nothing we make out of its surface layer will stay there forever. When greenies call the mined materials we extract bad they are pronouncing the Earth bad, which is meaningless.

They say energy is ‘running out’ which is nonsense. Every atom contains huge amounts of energy. As we began to unlock the secrets of the atom the industry was attacked and slowed down by armies of hippies. Since then it has progressed at a snail’s pace. Had Lefties not retarded its growth we would probably be enjoying the benefits of nuclear fusion by now, using a never-ending supply of deuterium from seawater. Those developments will come about, but in the meantime, atomic fission is able to supply safe, clean, cheap power for a fraction of the cost of conventional fuels, when unencumbered by red and green tape. Naturally, the hippies mind not that Communist China has built thousands of nuclear power stations.

For those who love coal, oil, and gas, remember; they all came from the sun, which is itself fueled by nuclear energy. Plants used sunlight to create food from water and carbon dioxide, which fed animals. Both their remains ended up in the ground and were converted into coal, oil, and natural gas. When you see a hippy with a bumper sticker reading ‘Solar, not nuclear’ you can tell her that solar is nuclear. When her boyfriend says, “Yeah, but the sun is nuclear fusion, not fission,” you may reply, “Both are a nuclear power, and your bumper sticker only says ‘nuclear.’”

He may moan, “Yeah dude, but fusion is safer than fission.” So what? Electric heaters are safer than wood fireplaces, but we started with wood and continued developing until we had electricity. Likewise, our start with nuclear fission would have led us to fusion, but hippies stomped their big hairy Woodstock foot on the project to stifle further development. As a result, most of us have to use electricity generated by dirty, dangerous coal instead of cheap, safe nuclear.

If he says, “Yeah man, but nuclear is not safe, it’s deadly,” point out that wood, coal, oil, and gas cause many more deaths both at home and industrially than those occasioned by nuclear power plants. Millions have died from a combination of black lung, emphysema, cave-ins, explosions, house fires, poisoning, transport accidents, refinery mishaps, tree falls, logging accidents and other things related to the harvesting of timber for burning, mining of coal, oil and gas, production, transport and use in suburban houses and industry. How many have died as a result of nuclear power in America? A handful – there is no comparison.

Seven-tenths of Earth is covered with oceans an average 2.3 miles (about 3.7 km) deep – so much for the idea that fuel is running out. Trust greenies to dream up that myth.

The idea that green stands for all things good and glorious is baloney. Green is the color of many poisonous substances, berries, plants, animals, and micro-organisms. A mixture of copper and highly toxic arsenic trioxide creates a vibrant green that was used in dyes and paints until it was banned.  Green tubers or new sprouts of the potato plant contain Solanine, which is very toxic. There are way too many harmful green algae and plants to name, and the same applies to thousands of green members of the animal family, from single-celled pond dwellers to large slimy toads and more. Do not touch the Green and Black Poison Dart Frog. A variety of green compounds are toxic, including chlorine gas, which is deadly. Billions of noxious planets are green. They have atmospheres that are full of hazardous gases that would kill humans instantly.

So no, the color green is not synonymous with ‘life’ or ‘goodness.’ It can just as readily be associated with barrenness and agonizing death. A few Lefties decided green was the color of life because they had pot plants and liked smoking marijuana. Most of them knew little about science.

The idea that all animals and plants should be saved or that extinction is wrong, or that all life is ‘good’ is not only false but patently ridiculous. Without numerous species expiration intelligent life would never have evolved, to begin with. Most flora and fauna that ever lived have expired, making way for new varieties of life. Every year thousands of plant and animal species expire, and thousands of new ones take their place. You better hope this continues or there will be no new species. The idea of halting a significant project, like a dam, over some tiny frog that nobody ever heard of, would be laughable were it not so costly. Millions of frog species have gone extinct, and millions more will follow them.

To sum up, ‘Going Green’ is a myth; a collection of lies dreamt up by communists, designed to erode our society and destroy Western industry.