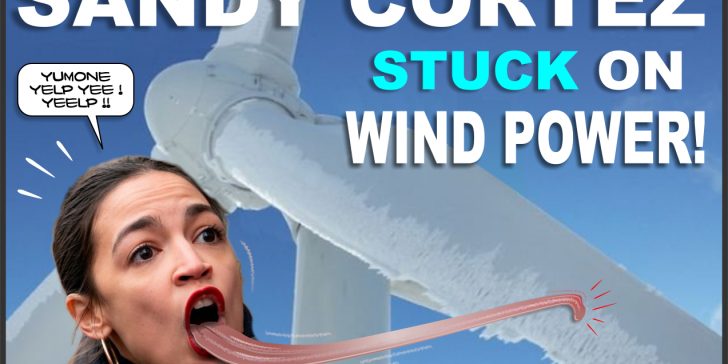 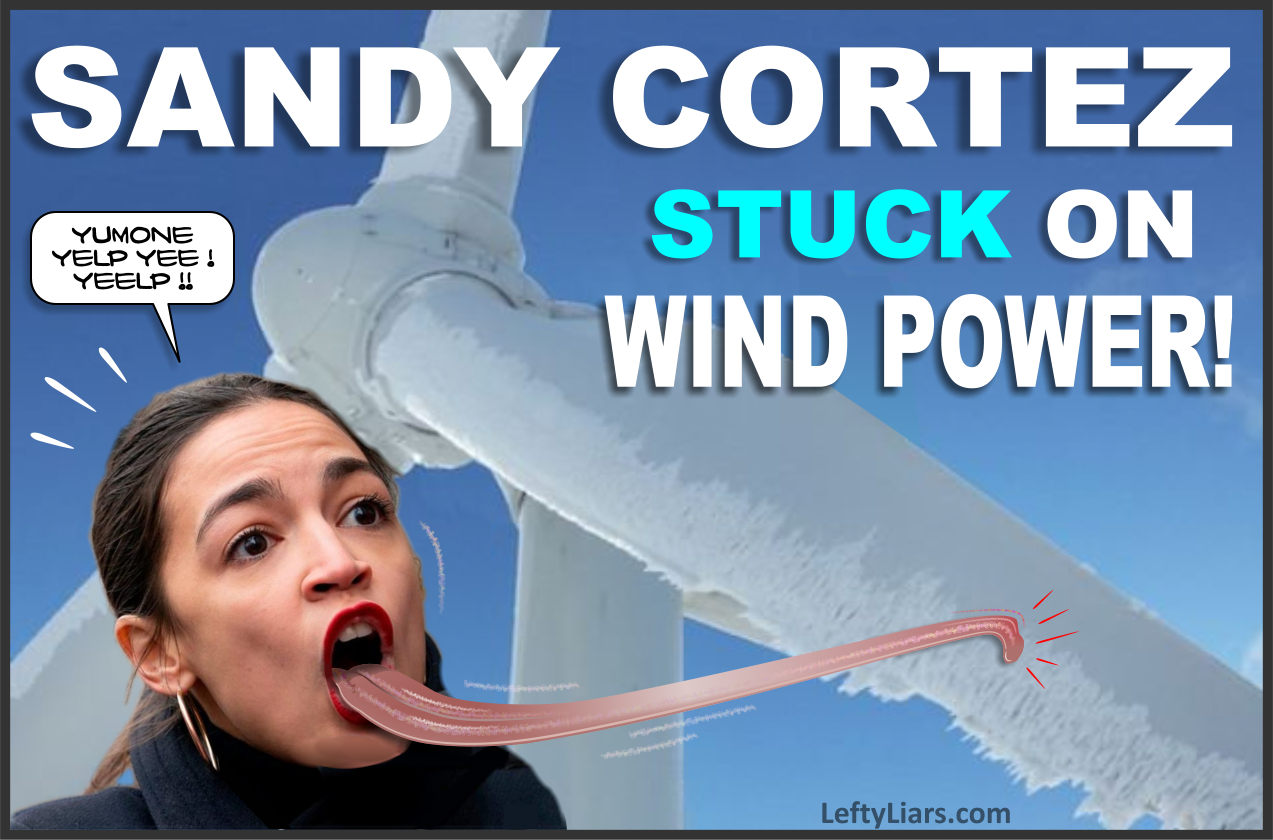 Like so many college simpletons, Sandy Cortez is married to the man-made Global Warming myth and its lead-balloon offspring; wind and solar power. The predictable fiasco in Texas this last week, when millions of Texans lost power thanks to wind turbines icing up, will not change Sandy’s mind. She has been hell-bent on destroying American power since she was sucking down communist propaganda in middle school.

Her little brain does not understand engines, nuclear power, generators, or coal-powered power stations. Sandy did play with pinwheels, a toy made of a stick with colored vanes that twirl in the wind. She blew on the vanes, and they turned around. Magic! How impressed the nine-year-old Cortez was. Her teacher told her that if we built such things on a massive scale, we could use wind power to make electricity and save the world. Yippee!

Mini-AOC adopted the concept wholeheartedly, but how could the squirt understand that fields of giant metal windmills require millions of tons of mined iron ore? To mine it, large companies drill and excavate land and blast the earth open with nitroglycerin and other explosives.

Ore from the open pits is loaded for transport using shovels, excavators, and front-end loaders onto giant dump trucks for transportation over mine-haul roads to crushing and washing plants. Overland belt conveyors are used to transport the ore material where there are long distances between the pits and crushing plants and between the crushing plants and loading sites. The ore is crushed, washed, and separated into different sizes in giant plants, where impurities are removed. The processed ore is loaded in railway wagons or dumpers for dispatch to the steel mills over thousands of miles of train tracks.

Steel is produced and sent off to windmill-making industries, on giant trucks, trains, and sometimes ships. The steel is further cut, drilled, bent, heated, forged, welded, and shaped into all the components, which are again drilled, bolted, welded, and joined together. After treating the steel and painting it, the giant windmills are transported to the site on giant trucks, assembled with huge machines, erected with cranes, connected to the power grid, and finally put to work.

All this industry creates a massive, enormous carbon footprint.

Once working, the windmills kill scores of birds that fly into the giant steel blades unknowingly and have no chance of surviving the fast-moving walls of steel. People for miles around are disturbed by the blades’ whirring, which is high-pitched and unearthly. Some cannot sleep and have constant headaches. Many move away before it drives them mad.

When the wind is slow, there is not much power generated. When the temperature is too low, the windmills ice up and refuse to move. All power production ceases, and people suffer blackouts. It results in people dying of cold, with no electricity to heat themselves.

Fake News did their best to deny what happened in Texas, and all the usual Big Tech liars obscured it as much as possible, but Fox News was there to cover the story. Giant windmills frozen solid, dead to the world, about as useful as a reggae band at a Klan rally.

Those monoliths to stupidity are what Sandy Cortez is all about.