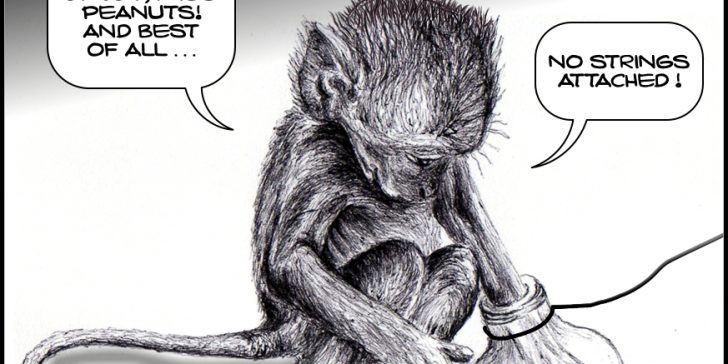 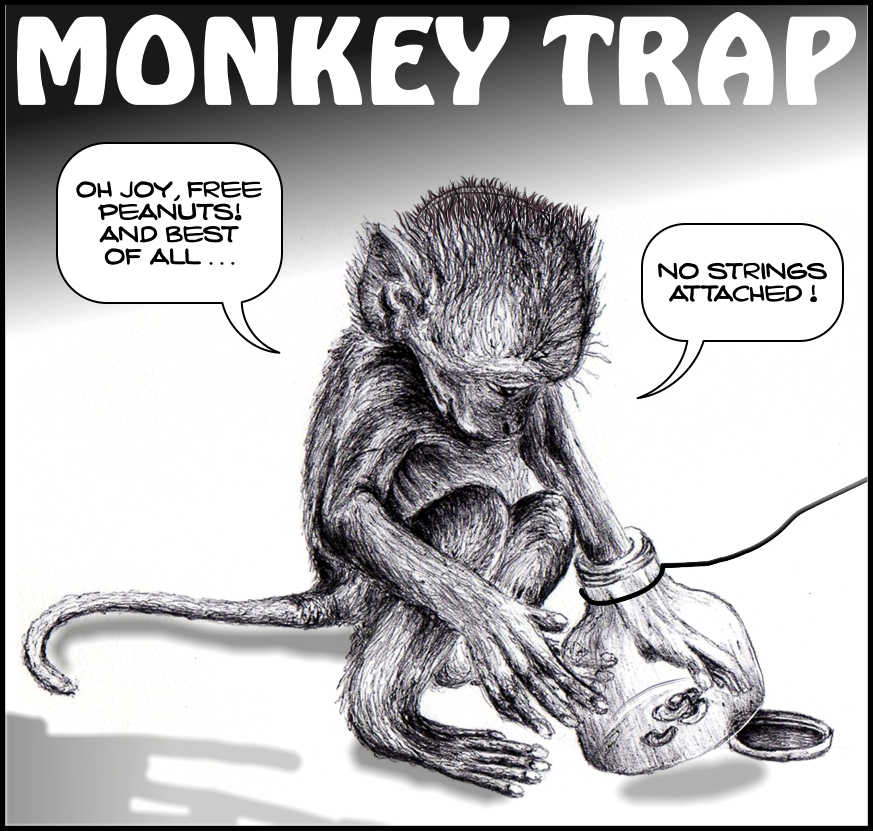 The United States is having an emergency, and when emergencies occur, we suspend normal behavior. Society expects many customs to be halted during disasters, and the disaster began when Democrats stole the election in 2020. To neutralize the danger, Republicans must respond unusually and put the rulebook aside.

To accomplish this, they must adapt. Survival is often about choosing between different priorities. A starving vegetarian may be able to save her life by eating meat, but it would mean letting go of her strict no-meat custom. A father’s three children may be about to die, and perhaps he only knows how to save two. If so, he must choose which. If a person balks at these times or refuses to do what is necessary, the death toll climbs, and tragedy worsens.

Cruel to be kind

Sometimes, you have to let go of one or more priorities in life because other problems are greater. You have to be mature enough to do what is needed to survive, even if it means making sacrifices. Sometimes you have to be cruel to be kind.

Like so many Republicans, you probably have your views on abortion and guns proudly welded and bolted on so securely they will go with you to the grave. Nonetheless, the future of the United States and the free world is at stake, so if a little readjusting can help, it is worth considering.

According to the monkey trap fable, you can catch a monkey using a jar, a string, and some peanuts. You place the nuts in the jar, tied to a tree, the jar’s opening being big enough only for the money’s open hand. When it grabs the nuts to make a fist, it cannot withdraw its hand without letting go. Hunters catch the monkey because its instinct to hold onto the food is relentless.

Humans do similar things. Take Republicans and their strong beliefs about abortion and gun reform – their peanuts in a jar. If they let go of them, millions of Democrats will flood over to their side, which would greatly improve the GOP’s chances of winning in 2024. Yet they insist on holding onto their beloved abortion and gun issues, even as America burns and disintegrates around them.

If you are not prepared to make changes, Democrats will steal the 2024 election. As it is, they will be increasing their vote count in the following dishonest ways, if they can, by:

We should not forget the Left has MUDSHIP (Media, Unions, Democrats, Schools, Hollywood, Internet, & Publishers) working 24 hours a day, 365 days a year to smear Republicans with every lie, myth, and scandalous nothingburger they can dream up. At the same time, Republicans tell the truth, which is way too boring for most voters.

Democrats also have PANGEGM (Pulitzer, Academy, Nobel, Golden, Emmy, Grammy, and MTV) handing out prizes & awards to MUDSHIP every chance they get. 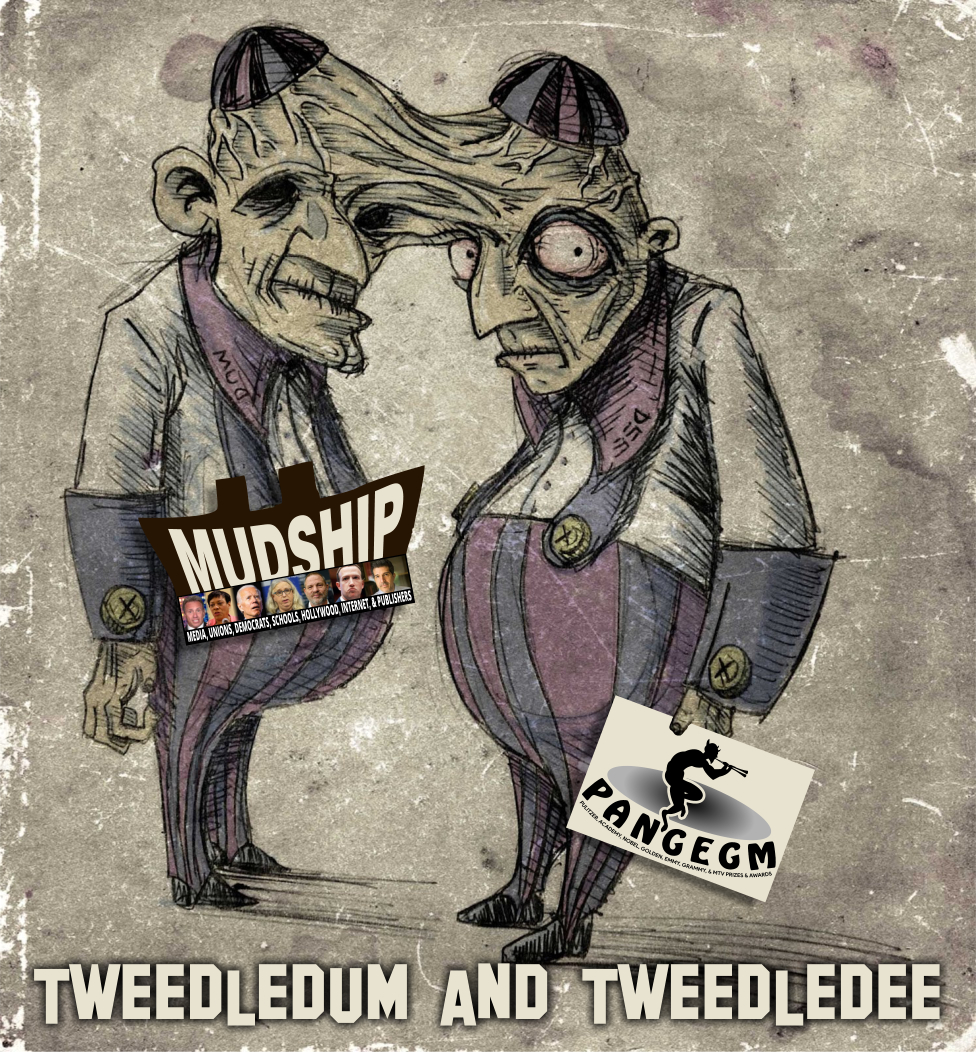 MUDSHIP then promote themselves receiving prizes and awards from PANGEGM, like Tweedledum and Tweedledee patting each other on the back for being the same evil twins joined at the brain.

With all that against you, Republican readers, you need to do something to even up the odds. Yes, you can get Trump to run again – that will be a great advantage – but it is not enough. It would be best if you let go of some of the hoarded and unnecessary anchors that weigh you down and hold you back.

Dispensing with Myth One

The popular argument gun owners use when debating gun reform involves fighting off a tyrant government should one ever form. An old Texan called  Harvey Russell (aka Shooterman) used to poast on now expired libertynewsforum.com and was an obstinate promoter of gun rights. Born in 1935, Harvey died in 2016 at the age of 80. The ex-industrial supply salesman spent nearly all his retirement online, arguing politics.

Shooterman’s pals included Pepe, Duster, Rabbit, and Tom Reiber (aka Solar). Duster, a crop duster, who passed away a few years ago, came from a tiny town somewhere in the sticks. 67-year-old Tom Reiber from Garden Valley, California, suffered brain damage after a motorbike accident, which may explain why he was a fan of solar power. Rabbit was an ex-Marine captain who played war games and drank too much. Some were libertarians, some voted Republican, and most would vary their voting habits with the weather.

The five gun enthusiasts supported the total deregulation of weapons of any kind, even to felons who had served their time. When asked why guns were so important to them, they gave the old ‘defend ourselves in case a tyrannical government forms’ excuse.

In 2008 Barrack Hussein Obama became POTUS and immediately began filling up the White House, the FBI, and the CIA with far-left Democrat partisans who would corrupt those institutions to this day. Many Republicans now describe the current Democrat admin as tyrannical, yet nobody is firing any weapons.

So let us put that myth, that gun owners would use their guns to fight oppressive regimes, to bed. As I explained to the five gun enthusiasts at the time, the government in the Founders’ day used muskets, swords, cannons, and horses to wage war. Common men with their muskets, swords, and horses could fight them quite well if necessary. Today’s government has the Army, Marines, Navy, Air Force, tanks, jets, helicopters, missiles, nukes, subs, battleships, satellites, radar, and an array of other weapons and equipment that no civilian owns. Nobody is going to take on the government with their shotguns and rifles.

To counter this argument, gun fanatics commonly point to Vietnam and ISIS, saying, “They held the U.S. at bay with small weapons,” but that is a lie. Việt Cộng Communists were armed and supported by North Vietnam, with backing mainly from China and the Soviet Union, who gave them $20 billion worth of missiles, arms, and fuel, not to mention cash, military intelligence, training, food, water, medical supplies, and advice. Vietnam was losing the war badly when America and its allies withdrew for purely domestic electoral reasons. The same applies to ISIS, funded by a variety of terrorist organizations worldwide, and many rich Arabs, mostly from Qatar. Under Bush and Obama, the war against ISIS was mired in red tape and bureaucratic roadblocks, often making it impossible to kill the enemy. President Trump polished ISIS off quickly by removing red tape from his Generals’ wrists.

I wrote an article about abortion here and will quote a little from it:

The media like to say that conservatives oppose abortion. Many do, but the majority of those opposed to abortion are Lefties. Millions of religious Catholics from Latin America are heartily opposed to aborting fetuses, as per their Pope’s directives. Millions of Africans and Arabs agree with the average Hispanic on this issue, as do millions from other backgrounds and churches. Most of these people vote for the Democrats when they move to the USA. Although the Left refer to conservatives as “the Religious Right,” the Left is far more religious, both in the United States and the world. See more on that here.

The “Christian Right” is not a problem in the United States. The “Religious Left” is and one that Fake News never mentions. Fake News has convinced many Republicans that they are the ones holding the anti-abortion banner. The real driving force is the Roman Catholic Church. The Pope directs his dioceses across the United States to oppose abortion, and half of America’s 78 million Catholics follow their leader.

The minority of anti-abortion Catholics make so much noise that many pro-abortion Republicans are afraid to speak up. They shrug and go along with the “pro-life” lobby, thinking it is not a big issue either way.

It is a big issue.

It matters because the GOP’s anti-abortion stance is preventing millions of Democrats from changing sides.

The Vatican says abortion is immoral, bad, evil, and against Christ’s teaching, but the real reason they oppose it is that they want Catholics to populate the world. 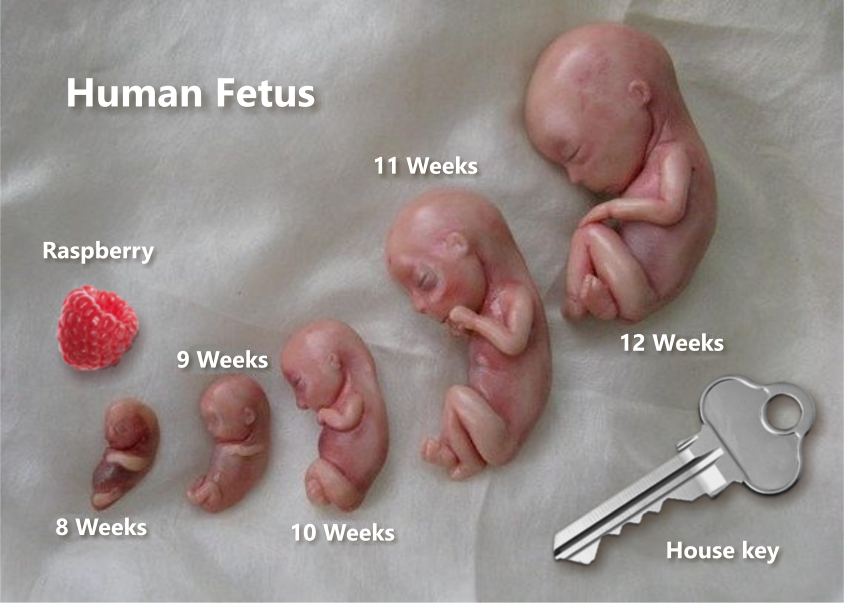 They say abortion ‘murders’ a ‘human,’ but a two-month-old fetus is about the size of a raspberry. It is far from being a human by any definition. Its DNA is human, but so is the DNA in the skin you scraped off your knee falling off skateboards. Did you cry “murder!” after scraping your knee? Murder only applies to humans, and humans breathe air. Neither a bit of skin nor a fetus breathes because neither is human. Your hair follicles also contain human DNA, which can be used to build a whole human, yet we do not bawl, “Murder!” when a hair falls out.

Guys like Fox’s Tucker Carlson or Breitbart’s John Nolte are great conservatives in many areas but go nuts over abortion and guns. Nolte’s strict Catholicism explains his stance, but while Tucker is an Episcopalian whose Anglican church supports abortion, he does not.

The problem is that neither Nolte nor Carlson are very science-oriented. It explains why Tucker hates robots, and Nolte thinks Gladiator was a far better movie than Cast Away. Sorry John, but Gladiator was an unrealistic (unscientific), overdone Hollywood fantasy. At the same time, Cast Away was a true-to-life, adventurous treatise on love, nature, psychology, and human behavior, with superb writing, directing, and acting. Nolte based his series ‘What Should’ve Won the Best Picture Oscar’ on the premise that Oscars are for merit, but they are not. PANGEGM reward those who help MUDSHIP. All Oscars went to their intended targets for good reasons. It would be like saying, “Hitler’s highest award should not have gone to Heinrich Himmler, but to Churchill.” Why would Adolf award Churchill? It makes no sense.

Many of the above come from broken homes and alcoholic mothers who wanted an abortion and could not afford one. Priests like to point to one successful person who was almost aborted as a fetus and say, “Yea, thank the lord this man, his humble servant, was not terminated, bless ye the Lord, amen.”
When do those same priests point to the hundreds of thousands of alcoholics, tramps, suicidal drug addicts, murderers, rapists, thieves, and scoundrels whose mothers wanted to abort but were prevented by costs, religious laws, or governments? Never. The fallacy of the priest’s happiness about a good man not being aborted is neutralized by the fallacy of Satan saying the same about a bad man not aborted. There is more for Satan than the priest because women prevented from aborting are more likely to be poor, uneducated, and on drugs. They will more frequently neglect their unwanted child, and that child is highly likely to end up a felon.

Letting a woman decide whether she needs an abortion or not will cut down on much of that misery we see today, in prisons and on street corners. She will also be happier and healthier if she is allowed to choose.

The last thing Democrats want Republicans to be is pro-choice on abortion and pro-stricter-laws with guns. Right now, they are rubbing their hands in glee, knowing they will hold onto millions of Democrats because of the GOP’s position on these issues. If Republicans let go of their peanuts – abortion and gun reform – and change their plank to include these changes, they can attract an army of Democrats over to their side by 2024, and that is what you need to ensure a win.

Once you let go of these emotional issues, you can win and proceed to make America great again. If not, Democrats will change the USA into the USSA – the United Soviet States of Amerika.

You have a choice; to win 2024 or win George Orwell’s 1984. If it is the latter, rest assured, the last things you, Tucker, or Nolte will worry about in the Gulags are abortion and gun laws.