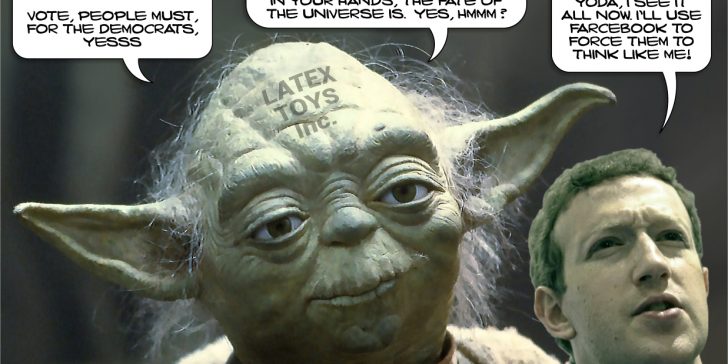 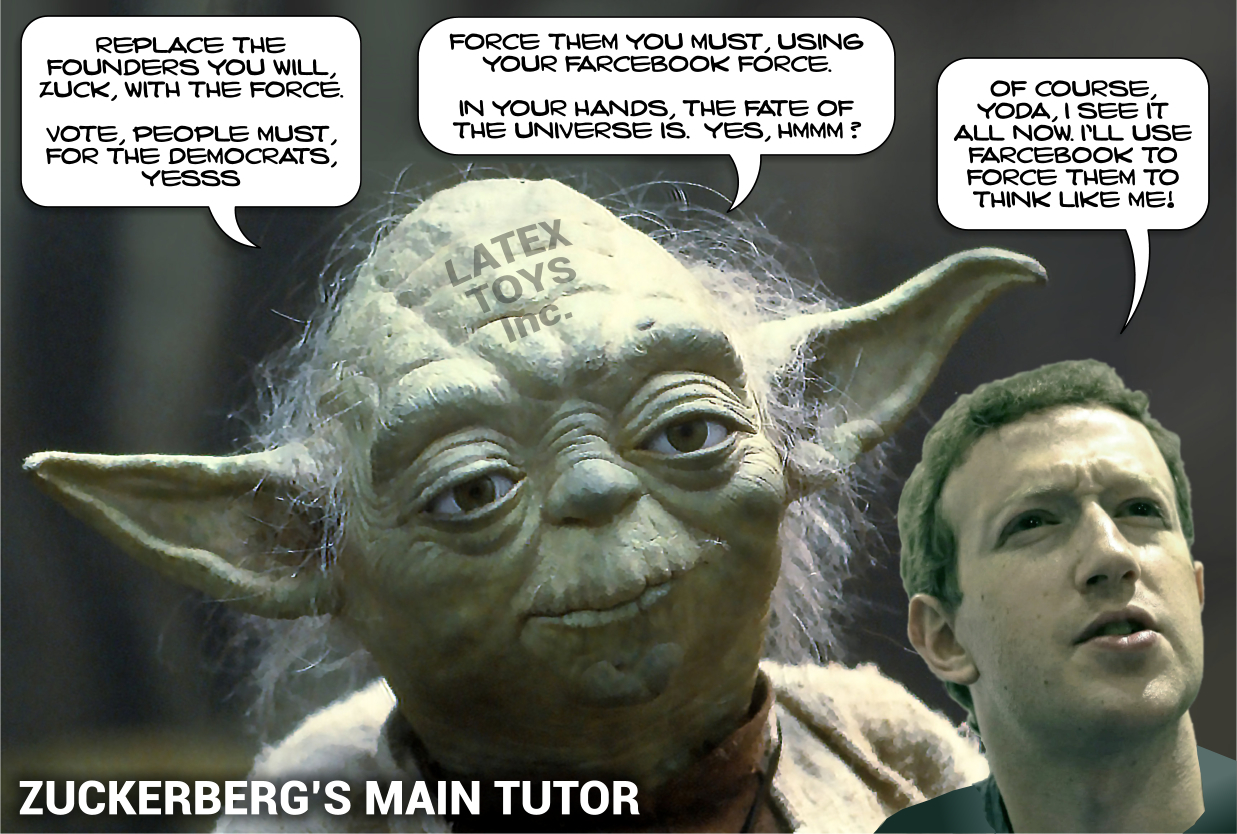 Big Tech despots like Sergey Brin, Mark Zuckerberg, and Jack Dorsey were thoroughly brainwashed in high school and college to be far Left fanatics. Most of their knowledge regarding computer coding, internet technology, and software was gained privately, in their bedrooms or basements. Learning how to hack and innovate in that world was not something your average socialist teacher taught. Like most software geniuses, they had little time for politics and would absorb take-out propaganda on the run.

In 1994 ten-year-old Zuckerberg began learning how to use his father’s computer. Other times he loved to watch Star Wars. A year later, his dad paid a computer tutor to teach Zuck, and before thirteen, the boy was learning the programming language, C++. While spending most of his free time coding, hacking, and programming, he had few chances to learn politics or history. As a workaholic, his political views were mostly shaped by what he heard in the background.

If Fake News were on TV while Zuck ate dinner, he would absorb a few bits of Leftist propaganda, but then it was time to jump straight back into his computer. In 2003, he would overhear other college students calling Republican President George Bush an evil warmonger. Zuck would not question such propaganda and had no time to delve into it. These bits and pieces formed his “political views” while he worked hammer and tong on coding. In his Star Wars mind, George Bush equaled villain Darth Vader. The boy genius had little need for Thomas Jefferson or Abraham Lincoln – after all, he had Yoda. 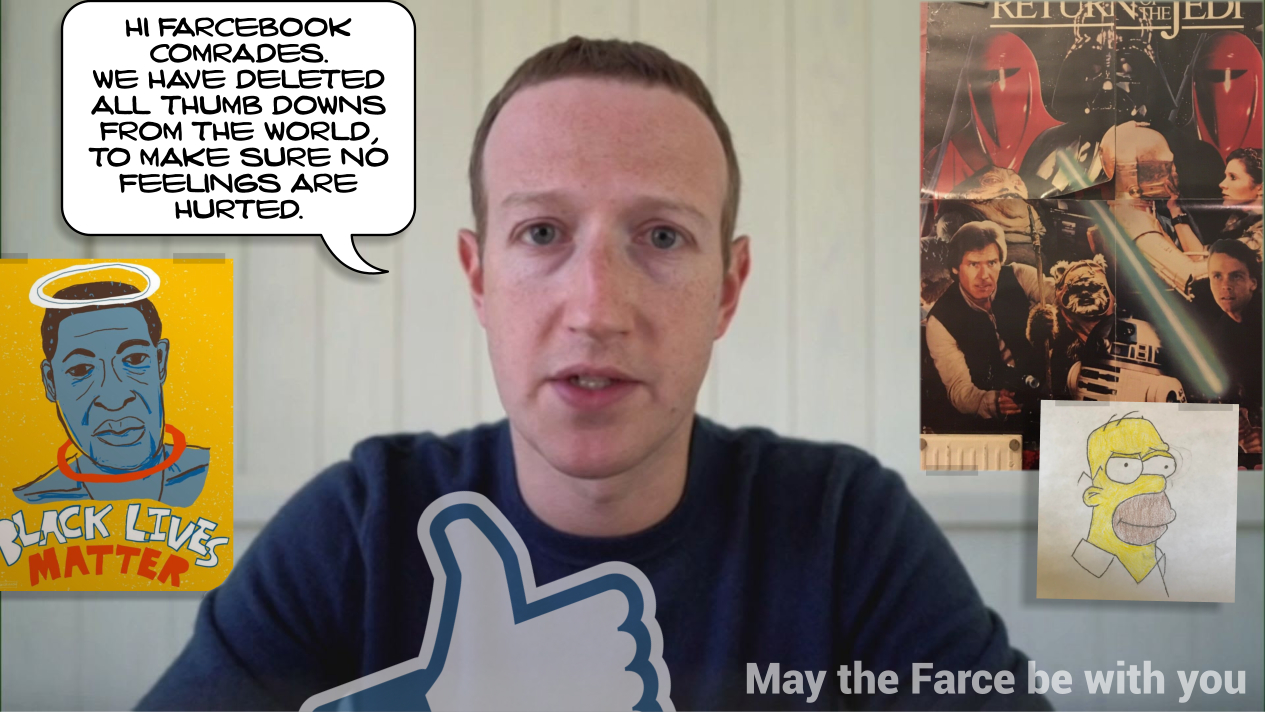 Like grabbing a snack from the fridge, most of today’s big tech barons plucked their leftist political views on the run, reserving 99.9% of their brainpower for learning programming. It is why, politically, most of them are knuckle-dragging morons.

Finding themselves in a position to influence elections, how could they resist? They viewed the subject not in terms of history, morality, or the constitution, but rather in zeros and ones. Mathematically, to a hacker, it made sense to stop people expressing Republican viewpoints. It was the sort of reasoning a machine might employ. They were like calculating robots, in many ways.

While Zuckerberg’s father was great at guiding his son to learn math, programming language, computers, Star Wars, and probably The Simpsons, he may have forgotten history, the constitution, and morality. It appears that most computer geeks in those days preferred to absorb puppet Yoda’s kitschy words than those of their own Founding Fathers.

How did this surface decades later?

Look at how they all support terrorists like Black Lives Matter and Antifa, who destroy Founding Fathers’ statues. Look at how they try to ban, shadowban, or handicap search results on articles supporting Donald Trump. See how they censor newspapers critical of Joe Biden.

History teaches us that lying to populations 24-7-365 backfires, but tech giants neglected to learn this. Soviets tried the approach and failed because information would leak into Russia and spread by word of mouth. In time, the average Soviet serf knew their masters lied about everything and stopped believing them altogether.

In the US, these “leaks” are enormous. Fox News, Breitbart, and the New York Post are just three of many conservative news sources. Millions of conservative bloggers, discussion board members, and social media pundits point to fact-based news items daily, undermining the Left’s agenda. Google, Facebook, and Twitter will never cope with such enormous leaks.

The Left are ignorant of history. Soviet tyrants tried mass censorship and failed. The truth cannot be hidden on that scale. Were they more enlightened, Sergey Brin, Mark Zuckerberg, and Jack Dorsey would understand this. Alas, all they were ever good at was coding. They have no depth, no loyalty to America, and no understanding of politics. They are bound to make all the same mistakes tin-hat tyrants of the past already made many times over.

Which is okay – it is why Donald Trump will win the election.