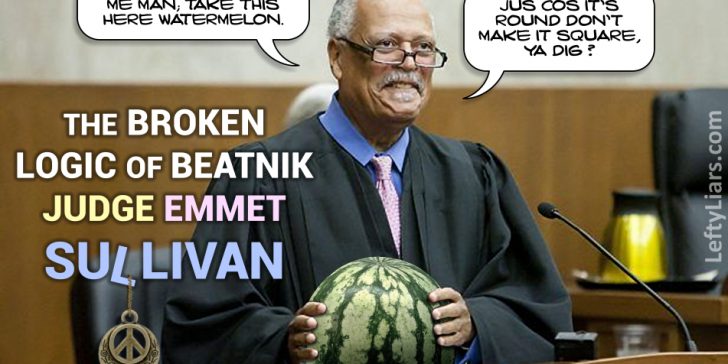 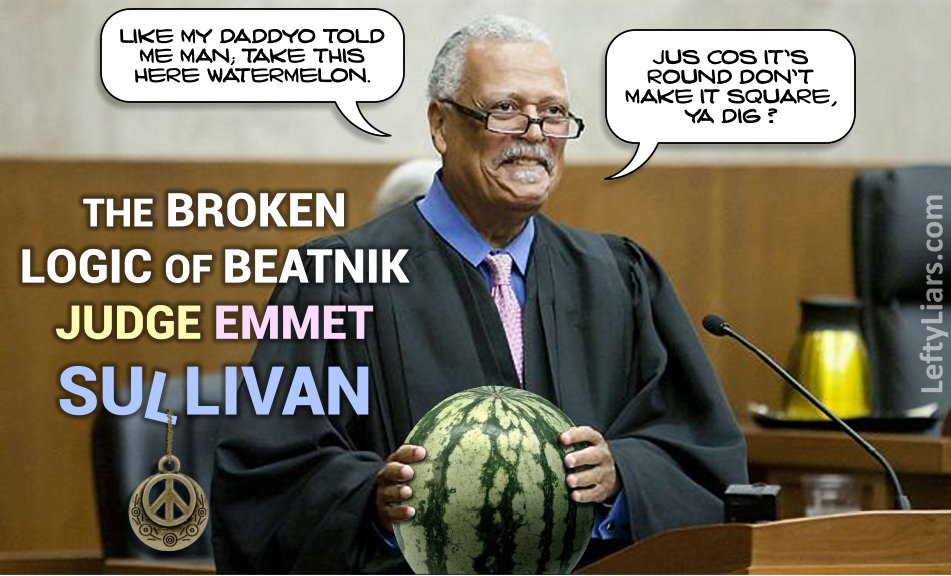 President Trump recently pardoned former National Security Advisor Michael Flynn, the victim of sabotage and witch-hunts by Democrats for the last five years. The pardon meant that a federal judge, Emmet Gael Sullivan, had to end his case against Flynn. Sullivan, a Trump hater, was appointed by Bill Clinton in 1994. Taking a parting shot about Flynn’s pardon, he said:

A pardon does not necessarily render “innocent” a defendant of any alleged violation of the law. Indeed, the Supreme Court has recognized that the acceptance of a pardon implies a “confession” of guilt. … [T]he pardon “does not, standing alone, render [Mr. Flynn] innocent of the alleged violation.”

Judge Sullivan was referring to Burdick v. United States, 236 U.S. 79 (1915), in which Mr. Justice McKenna said the following [emphasis mine]:

“This brings us to the differences between legislative immunity and a pardon. They are substantial. The latter carries an imputation of guilt; acceptance a confession of it.”

‘Imputation’ means a suggestion or insinuation, seen in definitions here and here. Hence, Judge Sullivan is right to use the word implies but conflates this with the irrelevant statement about a pardon not rendering one innocent (neither does an acquittal). It equally does not render one guilty, so it would appear Judge Emmet Gael Sullivan wants to persuade us as to Flynn’s guilt by use of Red Herrings and Straw Man logical fallacies.

Justice McKenna was not saying that accepting a pardon was a definite sign of guilt, but merely an insinuation. A hero pulling a knife out of a stabbed man may be thought to be the stabber. Although his holding the knife insinuates his guilt, it is not proof of guilt. In short, some pardons are for guilty parties; others are for innocent parties.

In General Flynn’s case, he was guilty of nothing but assisting his President in honest and important work, something Democrats could not abide. President Trump’s pardon of Flynn was far from an ‘admission of guilt.’ It was an indication of his innocence, as made clear by the following White House statement [emphasis mine]:

Today, President Donald J. Trump signed an Executive Grant of Clemency granting a Full Pardon to General Michael T. Flynn.  The President has pardoned General Flynn because he should never have been prosecuted.  An independent review of General Flynn’s case by the Department of Justice—conducted by respected career professionals—supports this conclusion.  In fact, the Department of Justice has firmly concluded that the charges against General Flynn should be dropped.  This Full Pardon achieves that objective, finally bringing to an end the relentless, partisan pursuit of an innocent man.

General Flynn should not require a pardon.  He is an innocent man.  Even the FBI agents who interviewed General Flynn did not think he was lying.  Multiple investigations have produced evidence establishing that General Flynn was the victim of partisan government officials engaged in a coordinated attempt to subvert the election of 2016.  These individuals sought to prevent Donald Trump from being elected to the Presidency, to block him from assuming that office upon his election, to remove him from office after his inauguration, and to undermine his Administration at every turn.

So who is this knucklehead Emmet Gael Sullivan, anyway?

Born in Washington DC, Emmet is a swamp critter who never worked for private industry. In the flower-power ‘60s, he earned a Brainwashing Award (B.A.) from Howard, a black Washington University. Hip new-age rules lowered the bar to make it easier for blacks to gain law degrees. Emmet soon had his degree, and fellow beatniks were impressed. “Like, wow!” they gasped. “A black attorney! Cool, brother! You can help us stick it to The Man!”

This was Emmet in 1996, helping to turn the Navy gay – see article here.

This was Emmet in 2002, assisting greenies – see article here.

Naturally, the old hippy, now 73, would be the arch-enemy of Donald Trump, who fights bravely against socialists, green communists, and anarchist thugs.

Methinks it is time Emmet Sullivan was wheeled off to an alternative old people’s home near some giant windmills, where he can whittle peace signs. It is clear he has no fundamental understanding of the law and has done enough damage to the United States.