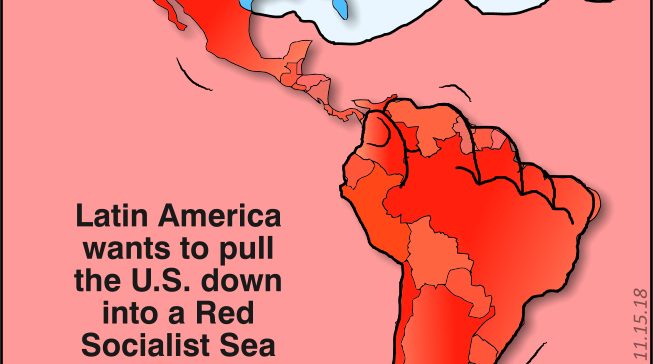 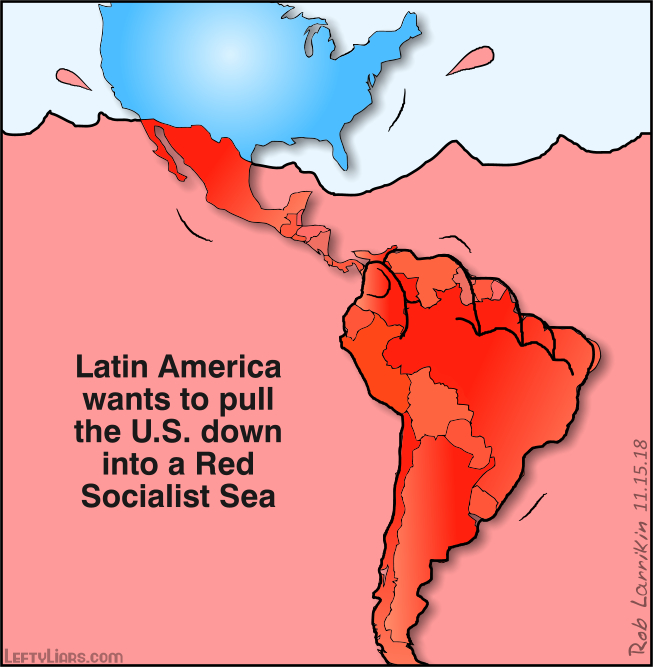 Latin America, made up of Mexico, Central and South America, is trying to pull the United States down into a sea of Socialism and crime, like a drowning man clutching at straws. It has the United States by its gizzards and is yanking hard. Migration is nothing like it was. The best kinds of migrants were honest and applied to enter the States legally, and waited their turn. They were often people who were prevented from doing their best by interfering foreign governments whose stifling bureaucracy drove them away. Immigrants of their quality were great because they valued the United States Constitution and the opportunities it provided for anyone willing to work hard.

If the majority of illegal immigrants flooding in from Latin America were there to work and “make good,” most Americans would not mind them. Alas, most are attracted by welfare in its many forms. Easy welfare attracts lazy people as rotten meat attracts flies. It was not long ago Americans had very little financial help from the State.  President Roosevelt and others believed government hand-outs would cure many of society’s problems, but actually, it created much bigger ones. It was like giving an emphysema patient cigarettes or an alcoholic whiskey – something doctors used to do not so long ago. Initially, it seemed to help since both patients were happy and content but as the days and weeks went by both would get worse and suffer much, as would their families. Many folks could not see the problem, yet it would eat away at the fabric of society. Welfare is the same.

Aside from giving women motivation to leave their husbands and remove fathers from their children’s lives, welfare gives workers incentives to vacate their jobs, and teenagers inspiration to abandon home and move in with friends to carouse, drink, indulge in orgies and play games. People with injuries have an incentive to exaggerate the pain they experience and become invalids rather than work. Others have incentives to overstate their injuries after car crashes and other accidents, and even to fake accidents, so they can claim benefits and relax at home rather than work. Others feign mental problems, depression, anxiety, and so on for the same reason. Welfare provides an incentive to avoid marriage because couples receive more State money as two individuals. There are hundreds of other examples, and in the case of illegal immigrants, one of the worst aspects of welfare is that it attracts millions of parasites to those countries that offer it. If President Roosevelt and his do-gooders knew what trouble he caused he would spin like a jet turbine in his grave.

One mob of invaders has reached the border city of Tijuana, just south of San Diego, California. They went hundreds of miles out of their way to reach California because it offers more welfare than Texas.

The video shows them walking West to the Pacific Coast along Mexican highways, blocking traffic and causing danger to drivers, reaching the beach and scaling the wall between Tijuana and San Diego. Once on top, they see border guards with quads, trucks, and horses on the other side, staring them down. The crowd of about 350 would-be illegal migrants stand around drinking beer and looking at their cell phones, and are nothing like ‘refugees’ or ‘asylum seekers.’ 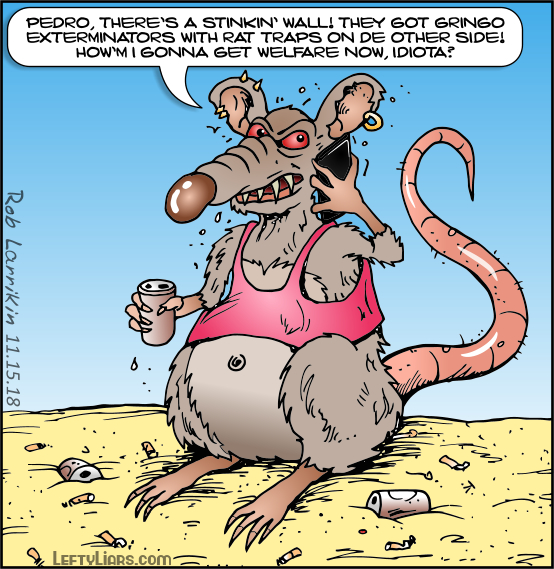 Lefty Liars have managed to convince liberal Americans that the mob of thieves and criminals invading California and Texas are poor, innocent “migrants.” They refuse to even use the word ‘illegal’ nowadays. Regardless of nationality or color, America is always better off with migrants who come legally to work hard and stay off welfare. Such migrants cannot be compared with the good-for-nothing freeloaders standing around in Tijuana, waiting for a way to break the law and sneak in ahead of the line. They are dishonest bullies who think the world owes them a living, interested only in sucking the teat of American taxpayers. They are an infection, breaking in where the skin is broken. Trump’s wall and policies are the skin graft needed to hold back the contagion.