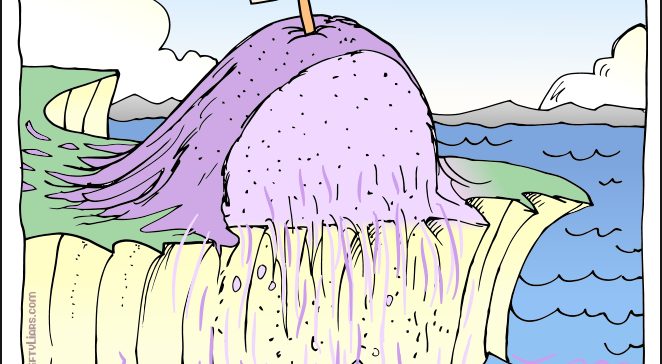 Not long ago, Democrats and western liberal governments were as opposed to illegal immigration as conservatives. Lefties would not dream of importing hordes of semi-literate, third-world, welfare-seeking mobs. So why, in the last few years, did Lefties in the U.S., U.K, Europe, Canada, Australia, and New Zealand suddenly become so enthusiastic about this very thing? Why are they allowing it to happen, doing nothing to stop it, encouraging it, defending it, and promoting it with great gusto?

Disappearing hippie votes
The simple answer is that every day tens of thousands of hippie baby boomers are being wheeled off to old people’s homes, going senile or dying, and their Leftist votes are disappearing with them.

Democrats, Greens, Labour and Labor Parties, Socialists, Communists, and Lefties everywhere know that hippy votes are the only reason they exist. The hippies’ demise means the death of their Parties.

They fix this by importing a whole new population of Leftist votes!

Mobs of illegal immigrants from Mexico, Africa, the Middle East, South America, and Eastern Europe will vote for the Left. They are universally Democrat voters in the U.S., Labour voters in Britain, Labor voters in Australia, and so on because the Left eagerly give them welfare while conservatives work hard to keep them out.

Third world immigrants multiply quickly, and their offspring follow the same voting habits. A million soon generate five million, then twenty million; a hundred million. Most will continue voting for the Left generationally, and a hundred million votes will do nicely, thanks.

Never mind that our countries will be forever transformed. Such are the depths Socialists will sink to win politically. They will gladly sell their nation to keep power, and they are doing an excellent job of letting them pour in. It is a great way to replace hippies. It does not matter to the Left how this will disturb society. They don’t care about that. They only care about retaining power.

When faced with these facts, Lefties argue that Obama deported many illegal immigrants. As I said above, “Not long ago Democrats and western liberal governments were as opposed to illegal immigration as conservatives.” Indeed, you can see Obama saying in 2005 how important it was to stop illegals.

When Barack Hussein Obama, Hillary Clinton, Angela Merkel, CINOs like David Cameron and Theresa May, Globalist European leaders, Australia’s Kevin Rudd, Julia Gillard, and others realized they needed to replace disappearing baby boomer votes. They decided it was better to have increased crime and cultural deterioration than a majority of conservative voters. They may deny this, but their actions speak so much louder than words. They would rather let their countries be plunged into anarchy than allow conservatives to win, which is pure treason. As James McPherson of the Washington Examiner pointed out, many of these people were childless Baby Boomers, which helps explain their cold-hearted ability to forsake their countries in exchange for power.

Another point about Obama deporting illegals is the concept of suppressive or covering fire. If you start importing illegals to gain votes, you will attract a mountain of criticism from the opposition. You offset that by deporting a few of the same, and then your supporters will go around saying, “Look, Obama deported illegals!” It is exactly what Al Capone did by donating money to orphanages. “Am I a murderous thug?” he would ask. “No – after all, didn’t I donate to the orphanage?”

It is cover-fire; camouflage, disguising oneself, and hiding.

Other Lefties call it a conspiracy, but conspiracies are kept secret. The feminist, childless, climate-change-alarmists had meetings to discuss the disappearing hippy votes. It would be crazy for them not to have met to talk about this crisis. That is called ‘normal political planning.’ When they decided that something had to be done, and one option was to increase immigration from third world nations, nobody would call that a conspiracy. It was a battle plan.

That mass migration was big enough an issue to cause Brexit, and for Trump to be elected, and in Australia, for the election of conservative Tony Abbott. The latter put an end to the never-ending boat people pouring in.

It was not a conspiracy. It was a strategy to replace lost votes for the Left, and it worked very well, or at least it was working.  Today Europe is slowing down and will soon stop all such immigration, as long as conservatives get into power. Australia has ended the problem, and Trump is working on it. 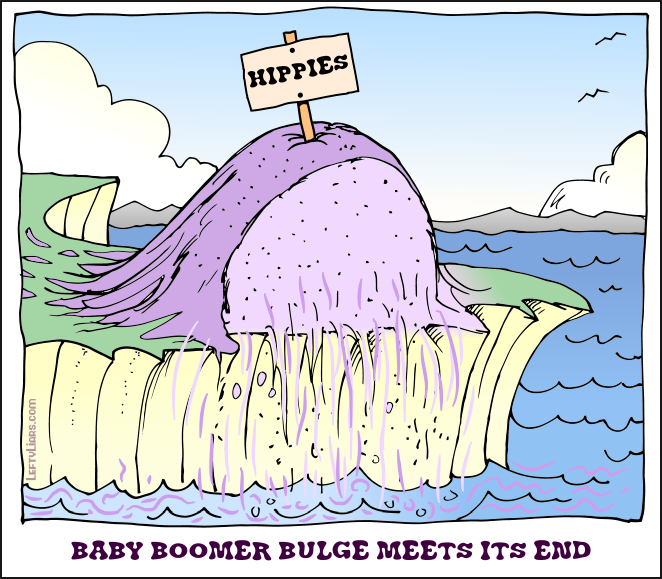 Hippies caused a great deal of trouble, destroyed families, brought drugs to children, ruined child discipline, infested schools with their left-winged propaganda, made hundreds of millions of fatherless children, created generations of murder brats, caused epidemics of depression, drug dependence, and suicide, ruined countless opportunities and allowed millions of left-winged thugs into their countries. There was nothing good about those changes, and they were nothing about which to be proud.

Hippies gave us Jimmy Carter, Bill Clinton, Barack Hussein Obama, and the man-made Global Warming myth. They helped Commies steal South Vietnam by making their own country lose that war, just as they marched troops out of Iraq, allowing the creation of ISIS and immigrants’ flooding into Europe and the West. They removed all discipline from home and schools, creating hundreds of millions of spoiled brats who grew up to become irresponsible adults, creating a massive wave of crime and destruction worldwide.

Today’s millennials are the children of the boomers. Many are as silly as their hippy parents, and like them, carry the left-winged agenda forward, which is why so many believe in Socialism.

When semi-literate tribes-people from a Stone Age village come to America, wanting welfare and handouts, they know by word of mouth that Republicans oppose this. They will vote for the party that helps them into America and onto welfare – the Democrats. Their children will do the same because they remember how important this was to their parents, and their children will do the same for the same reasons. That accounts for most of their votes.

Hippy baby boomers hated everything their parents stood for: marriage, family, discipline, nationalism, hard work, money, church, and so on. Most hippies have no choice about voting for the Dems, as it is hardwired into their welfare loving, socialist loving, drug-addled brains. They are reliable, and the only other people around that will be that reliable today are third-world immigrants.

The Left encourages illegal voting, though they deny it. As Tucker Carlson and his guest, J. Christian Adams, from the Public Interest Legal Foundation, pointed out in March 2018, most voting poll booths operate on the honor system. Adams said, “Most States have the honor system. You check the box; you say you’re a citizen, you’re on the roles. Period.”

From their sanctuary cities to their passionate defense of invading mobs and even MS-13 gangs, Democrats and the Left have made it strikingly clear they want illegal immigrant votes and will do just about anything to get them.

Hippie Baby Boomers formed in the fifties and sixties and became a large mound on any population graph. As this mountain made its way through the years, it was responsible for almost destroying our society. Today it has reached the end and is falling off the cliff. Their screaming and shaking is their death rattle, as Trumps come out of the woods to fix the damage.