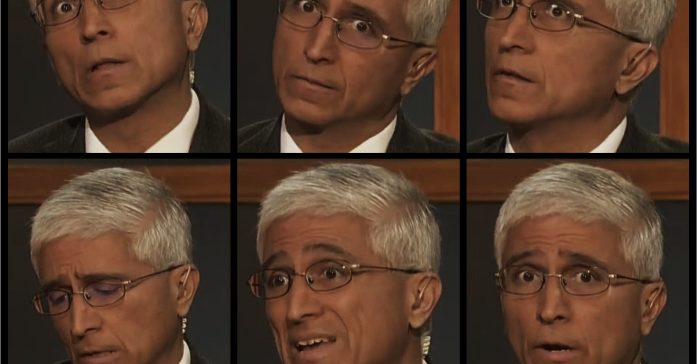 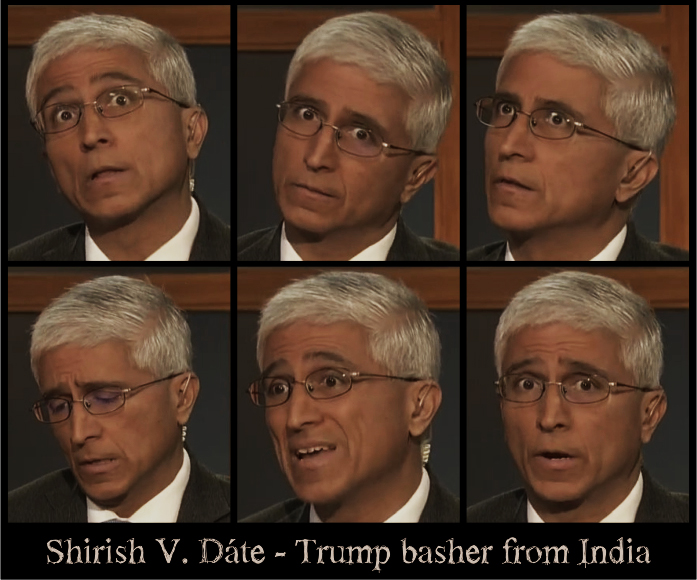 Today in the Huffington Post, Shirish Date lied about President Trump to sabotage his vote count at the midterm elections. It is part of an ongoing campaign of predictable and typical falsehoods by Fake News leading up to November 6. Shirish Date is a Bush and Trump basher with 30 years’ experience. Lon Murdick described him as ‘having a less-than-civil bedside manner,’ who would ‘whack away at his press center colleagues,’ labeling them as ‘meek as mice’ during Jeb Bush’s press conferences. More likely, they were being civil and trying to get their facts straight – something Shirish Date may not understand.

Born 1964, in Pune, India, Date immigrated to the United States in ’67. After gaining a bachelor’s degree in 1985, he became a reporter, writing under ‘Shirish Date.’ 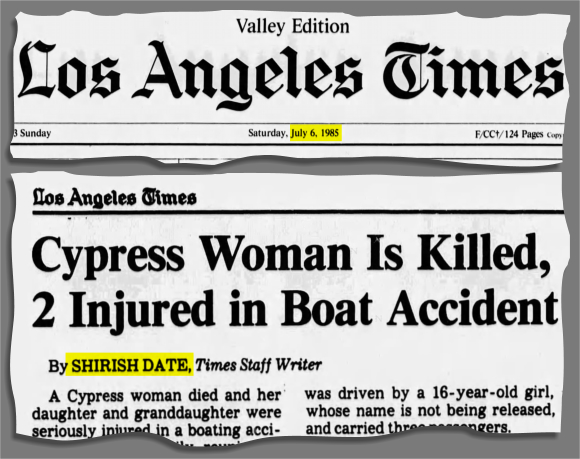 In more recent years, he changed that to ‘Shirish V. Dáte’ and told people to pronounce Dáte as ‘Dah-tay.’ It reminds me of Keeping Up Appearances’ Hyacinth Bucket, who insists that her surname is pronounced “Bouquet.” I will stick with Date, from Pune, and not Dah-tay, from Poo-nay.

Trump Keeps Lying About Having Started His Wall, And His Supporters Don’t Care

Trump is not lying about his wall, and his supporters do indeed care.

Donald Trump keeps claiming that construction on his promised “great wall” is well underway although not a single yard of it has been built, and his supporters are getting mad ― not at the president, but at those who point out his lie.

The wall is undeniably underway, as you can see here and here. There are three different construction sites to spread out the project, but Trump does not like to broadcast details since the Left would sabotage work in progress. Also, the Left is trying to slow him down with court challenges, and some RINOs in the GOP are doing the same. None of that alters the fact that work has begun on the wall. Shirish talks about Trump’s supporters getting mad, but he means a handful he interviewed outside a rally. Even if Shirish is telling the truth about those few people, they do not represent millions of Trump Supporters, most of whom have not even been to a rally. When Shirish starts a polling company and pays a team of pollsters to conduct surveys with thousands, we might take his words more seriously. Until then, the man is all hat and no cattle.

Trump promised hundreds of times during his campaign that he would force Mexico to pay for the wall’s construction. Yet nearly two years into his presidency, he has not even once broached the topic with that country.

His implication that Trump had a time limit is a lie. There was no time limit. His statement that Trump has not spoken with Mexico about the matter in two years is another lie since he has no way of knowing that. Trump explained many times that there were numerous ways to make Mexico pay. He could use taxes, import duties, fees for Mexicans visiting, or taxes on money sent to Mexico from the U.S.A. He could stop giving them financial Aid. Lefties like Shirish Date did not listen then, and they are just as deaf today. Trump pointed out that there was no particular time limit on this payment. It could be levied over some years, and there was no specific start time or date provided.

Another point is that if someone stops Trump from doing this, as is often the case in politics, that does not make Trump a liar; it means the Left sabotaged him. Sabotage by Lefties does not magically make Trump’s words false.

So why does the Huffington Post reporter make up these lies about Trump? Is it because Shirish Date has girlish hate for the Donald? 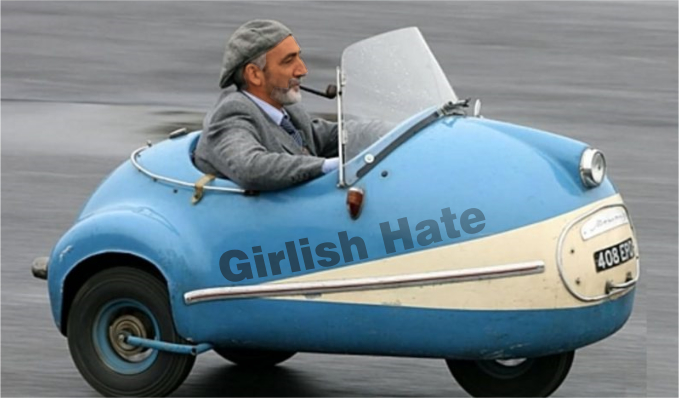