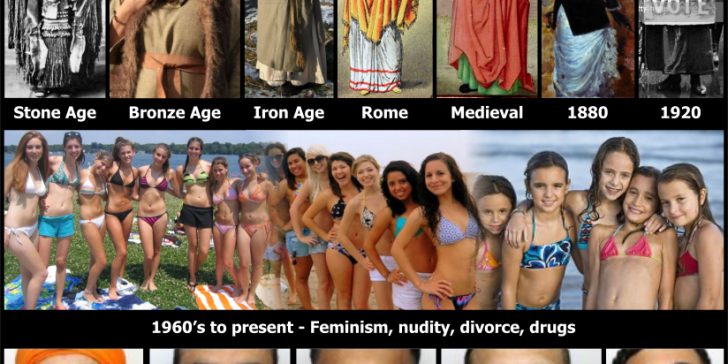 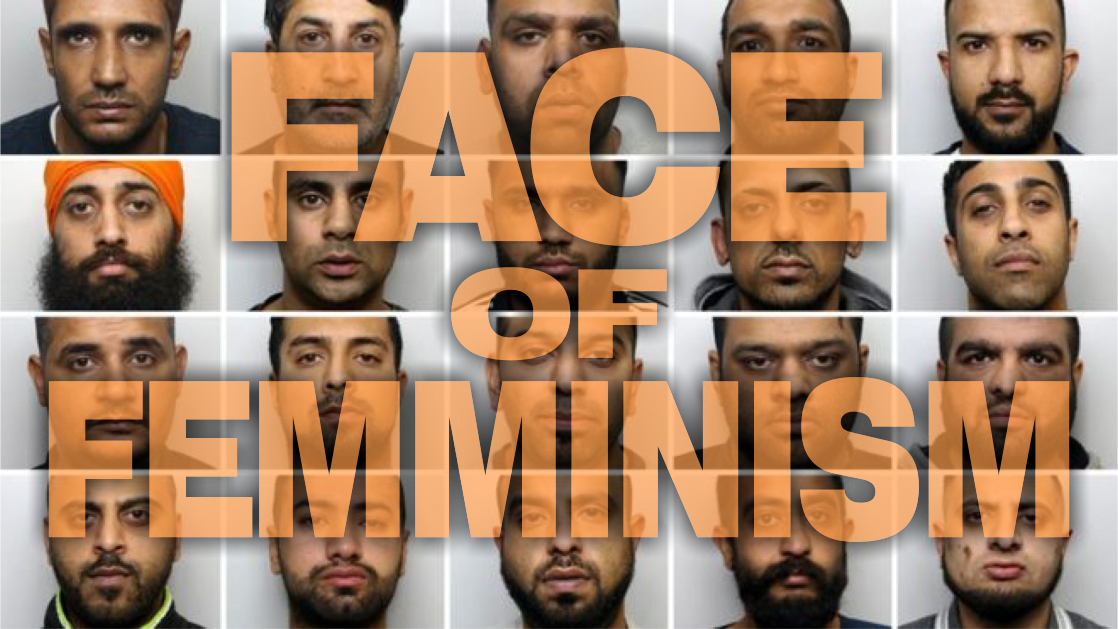 As we head toward the mid-term elections, we need to ask why there is any doubt about the results. Considering the disgraceful behavior of the Democrats since Trump became POTUS, you would assume there was no chance for them. In a civilized society, they would draw almost no votes at all, yet we get the impression from the polls and pundits that it will be a close fight. I predict Trump will win, but it should be much more than that. If common sense prevailed, Trump would win by a massive landslide.

If it is close we can blame socialism, feminism, welfare, unions, education, Fake News, Hollywood, and the Fifth column, but out of all those one includes them all, and that is Feminism. Many bad elements of our fragmented society lead back to feminists in one way or another.

Take Muslim immigration and the crime it causes. Feminists almost all vote for the Democrats, or in Britain’s case, the Labour Party, who in turn want to import as many Third World immigrants as they can, for their votes. Feminazis support Muslims and Palestine. They hate Israel and make it clear they don’t care about women’s rights in the Middle East. Arabs can stone as many women as they like or throw as many homosexuals off rooftops as they please, and feminazis will not raise an eyebrow. Instead, they hustle to bring in as many Muslim immigrants as possible, idolizing Germany’s Angela Merkel for doing just that in Germany and Europe. Feminazis like Merkel are all for the importation of millions of young unidentified Muslim men and don’t seem to mind that women and children are being raped and enslaved by the criminal component of those people.

Lucia I. Suarez Sang reported in Foxnews.com today that twenty Muslim millennials were found guilty of raping more than a dozen teenage girls in northern England. Skynews.com also reported on the matter, saying:

The men embarked on a “campaign of rape and other sexual abuse” against vulnerable teenage girls aged between 11 and 17.

The group’s ringleader Amere Singh Dhaliwal, 35, was jailed for life earlier this year and told he must serve a minimum of 18 years in prison by judge Geoffrey Marson QC who said: “Your treatment of these girls was inhuman.”

The Muslim millennials were sentenced to 221 years, which most people would say was not enough. They catch young girls and turn them into sex slaves, keeping them imprisoned and on drugs, making money out of them by pimping them out to every pedophile around. Yet, for all that, these Muslim men are not as much to blame as Feminists are. No, they are just men who are in the wrong place, thanks to Lefties who should know better. Feminists overwhelmingly encouraged them to flock to the West and fought hard to help them arrive. If Arabs are loaded guns, the feminists are the arms dealers who brought them here. Do you blame the guns or the arms dealers for the carnage that happens later?

So what does this have to do with the Mid Terms?

Feminists play a significant role in causing the kinds of problems that plague America, Britain, and the West in general. Thanks to them, millions of families have broken up, and millions of children have been raised without fathers or discipline, in propaganda factories called “schools and colleges.” They have no work ethics, manners, commitment, or dependability. Many lay about, taking drugs, or wander about the city, using their phone apps to find casual one-night stands with strangers of either sex.

Those lucky enough to have a family follow the same road to divorce and alimony they watched their mothers achieve in their youth. They are sometimes snatched away by criminals and turned into drug-dependent prostitutes. They become depressed easily and commit suicide far too commonly.

Feminists think all this is fine. They vote for liberal governments because they give them feminist legislation to make it easier to steal from men. Like bloated socialist unionists, feminists couldn’t care less about the outcomes for their children or country. They are like herds of Angela Merkels, stampeding over men, fathers, husbands, children, and democracy in a blind rush to throw away everything our ancestors worked hard to achieve. 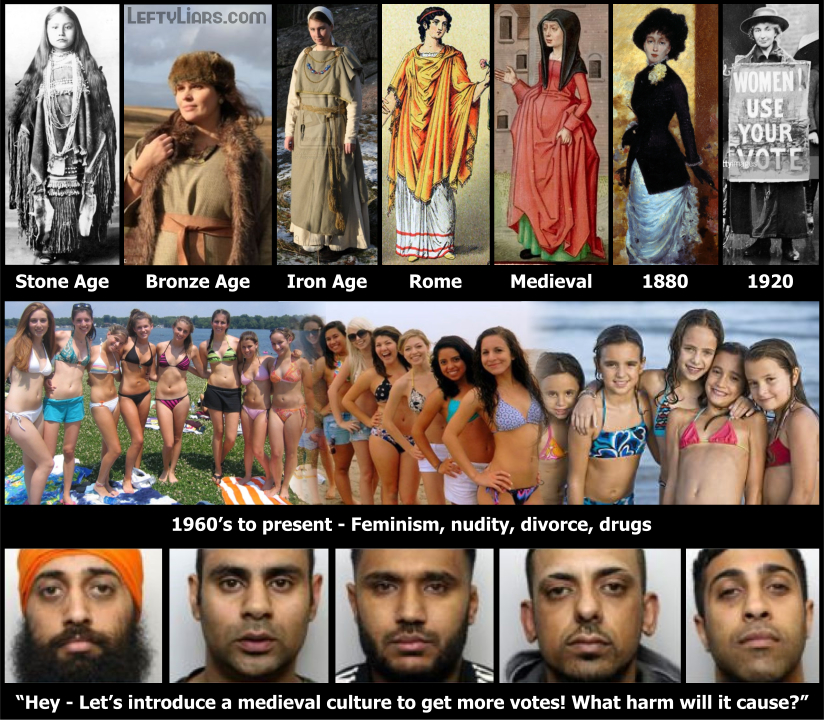 Ever since humans stood up and walked on two feet, parents have been covering up their pubescent daughters to protect them from sex-starved men. Girls were covered from neck to ankles to stave off would-be rapists. This was not the doing of men, but of women. Being more aware of the threat, women would insist their husbands made sure their daughters obeyed the rules of covering up their bodies.

When women began to campaign for the vote, and for more ‘liberation,’ they began to lose interest in covering up their daughters. In 1920 they were allowed to vote, and things rapidly changed. Within a few decades, girls were parading around half-naked, and this would tempt many men. Prisons soon filled with those accused of assaults, but feminists were determined to unchain women from their pesky bras and long dresses anyway. They wanted unrestricted sex and to hell with long skirts that got in their way.

They began using the pill and had sex with whomever they liked, whenever they wanted. Innocent generations grew up to take all this for granted. They loved to frolic around in barely any clothes, whether at the beach, swimming pool, or rock concert. These days they flit about in a semi-naked state commonly. 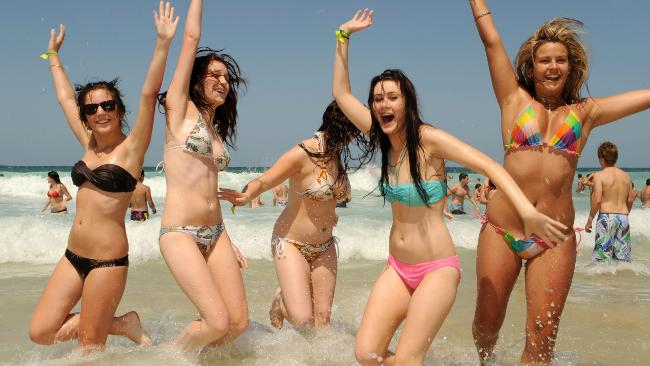 Meanwhile, in the Middle East and Africa, India and South America, millions live in an almost medieval state, running their societies according to traditions and rules we threw away centuries ago. Their religion strictly forbids nudity and sexual openness, especially in their daughters, wives, and sisters. In many countries, a woman can be stoned, decapitated, burned alive, or shot for having sex outside of marriage, or behaving in a lewd manner, or dressing inappropriately. The men raised in those places are taught that such women are sluts and harlots and that if they are not owned by someone, can be taken and used as sex slaves. Women are covered up from the top of their heads down. Even their eyes are hard to see.

These same fools are going to vote for the Democrats in the mid-term elections. Trump won’t talk about it for marketing reasons, but he hates feminazis as much as any good conservative. On Voting Day you must get out there and neutralize a feminazi’s vote, and there is an army of them, so every vote counts. Be there for the sake of your future children and grandchildren. 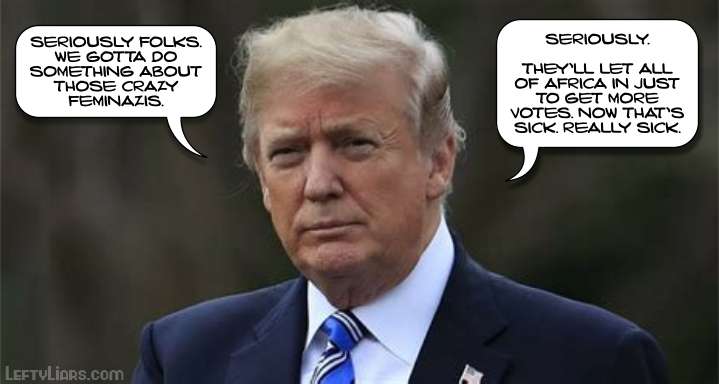