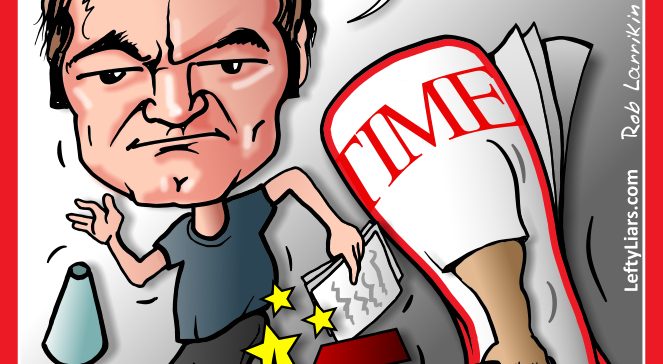 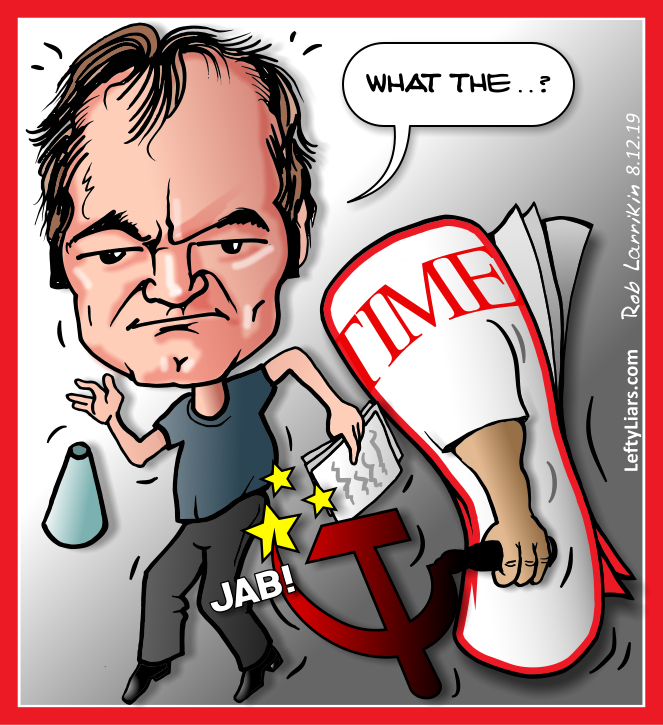 Socialists always begin with great enthusiasm and stick together like glue, but as their power increases, they turn on themselves, picking off those around them to remove competition. Socialists Stalin, Hitler, and Mao started with great zeal and much preaching about unity, before murdering or imprisoning many of their comrades, and then millions of their subjects.

The Kim Dynasty of North Korea is another example. Born in 1912, Kim Il-sung’s family was Presbyterian, yet at 17 he joined a Marxist organization. Two years later he entered the Chinese Communist Party. After Kim served as a Major in the Soviet Red Army, Stalin made him chairman of the North Korean Communist Party, and subsequently, in 1948, North Korea’s communist premier. All that time, he had cooperated with all the socialists around him.

Once he became supreme leader, he began turning on those close to him, killing anyone he thought could compromise his power. Rival leaders like Pak Hon-yong, leader of the Korean Communist Party, and Choe Chang-ik, were purged or executed. Kim began imprisoning or killing anyone he suspected of disloyalty, and this applied to the masses. From Wikipedia:

Kim Il-Sung punished real and perceived dissent through purges that included public executions and enforced disappearances. Not only dissenters but their entire extended families… were relocated to a secret system of political prisoner camps… part of Kim’s vast network of abusive penal and forced labor institutions… where prisoners were forced to perform back-breaking labor… Most were held for life and often faced deadly conditions, including near-starvation, virtually no medical care, lack of proper housing and clothes, sexual violence, regular mistreatment and torture by guards, and executions.

The socialist who used to cooperate with his fellow socialists had turned into a monster. His son, Kim Jong-il, continued the tyranny, as did his son, Kim Jong-un. Their realm is known as the Hermit Kingdom and is a nightmare for its millions of imprisoned, tortured subjects.

The more you embrace socialism, the more it lets you down. Take a family of American Democrat supporters in a blue State. The eldest son loses his job after union strikes bankrupt his employer. Now he is having trouble cutting through red tape to receive welfare, and the eldest daughter’s marriage is on the rocks. Her husband, a cop, was fired after shooting a black drug dealer who pulled a gun on him. When the father calls government departments about these issues, he is put on hold forever, and then hung up on by uncaring bureaucrats, which makes his blood pressure rise.

Gay teachers are telling the youngest son that homosexuality is beautiful, and they are shaming his little sister for being white. The parents feel that their own Party has betrayed them. Eventually, the father has a heart attack after another bureaucrat hangs up on him. He dies after waiting two hours in the corridor of a public hospital. Doctors see him then but cannot revive the man. The dead man’s wife complains to the hospital and receives the same bureaucratic treatment that killed her husband.

Another terrific example of the Left eating itself is the nasty roasting of filmmaker Quentin Tarantino by far-left Time Magazine, last week. Tarantino made it onto the list of most obnoxious liberal celebrities in 2015 when he joined a Black-Lives-Matter demonstration to call police murderers. Like many Hollywood artists, he appears to be a true leftie, yet this did not stop Time spanking him like a naughty schoolboy after not fulfilling their quota system for female dialogue in movies.

Like most artists, Tarantino would rather be enjoying his art than researching political affairs. When a man is genuinely busy in his work, whether it be filmmaking, business, or math, he will have little time for government issues. Overhearing snippets of views from passersby, during brief breaks from work, such a person will cobble together a loose framework of common stances. When his friends or family bring up politics, he will frown and say, “Oh, let’s not talk about politics,” and change the subject.
You might think he prefers happier topics, but often such people are merely hiding their ignorance of matters politic. Try the following experiment: after he says, “Oh, no, not politics,” say, “Yes, let’s change the topic. Did you know our neighbor’s dog was run over by a truck yesterday, just there, in the street?”
Watch him peer out the window and show interest. “That’s terrible,” he will exclaim. “Did you see it yourself? What kind of dog was it?”
So much for his wanting a more cheerful topic. You might say, “Perhaps he avoided political debate because it can be emotional?”
Find out by saying, “Yes, let’s change the topic. Who will win tomorrow’s football match between teams [X] and [Y]?” (name his team and their rivals)
Observe him argue emotionally on this topic. So no, it was not because he did not want a debate. It was because he did not want to reveal his lack of political understanding.

Now you know why Albert Einstein and Stephen Hawking were liberals. They may have been mathematical geniuses, but their knowledge of politics was juvenile, and it is the same for Tarantino. There is no doubt he is a great filmmaker and artist, but he knows as much about politics as Bruce Springsteen or Robert De Niro. He was smart enough to figure out he was no actor and gave that up. Now he needs to figure out that the Left is his enemy, not his friend.

You would think the Left would worship Quentin Tarantino for heading a Black-Lives-Matter rally, but no, the socialists in Time Magazine figured it was time to give comrade Tarantino a dressing down for not adhering to their strict soviet-style rule about gender-sharing actors’ dialogue in all movies.

The Time article, by Anna Purna Kambhampaty and Elijah Wolfson, reminded me of the scene in Amadeus, where a court bureaucrat tells Mozart to remove the music from his ballet, after which Emperor Joseph II orders it returned. All innovative artists endure elitist upstarts, but these Time journalists take such arrogance to new heights, reprimanding Tarantino for not dividing up dialogues according to what appears to be a distribution of vaginas and penises.

Their message seems to be, “When you are writing scripts for your movies, at least fifty percent of the lines of dialogue should be spoken by actors with vaginas, and fifty percent by those with penises.”

According to the LGBTQIA+ community, genders form a “spectrum with unlimited possibilities.” Since any of the actors could identify as any of an unlimited number of genders, and be in the closet, Time’s percentages may be totally out of whack. If we could persuade all of Tarantino’s actors to come out of the closet we may find the proportions look like this:

If so, then females would win by a margin of 11%, so why are our genital quota inspectors whining? It appears our woke reporters have forgotten all about their liberal propaganda regarding penises and vaginas, and those who own them. As long as Time’s genital inspectors are going to issue quotas to filmmakers, they should at least learn about the unlimited spectrum of genders and the frequency of this information being in a secret closet. Many people do not want their gender outed, and this renders any stats compiled by Time Magazine meaningless and irrelevant.

So who are these knuckleheads Anna Purna Kambhampaty and Elijah Wolfson? 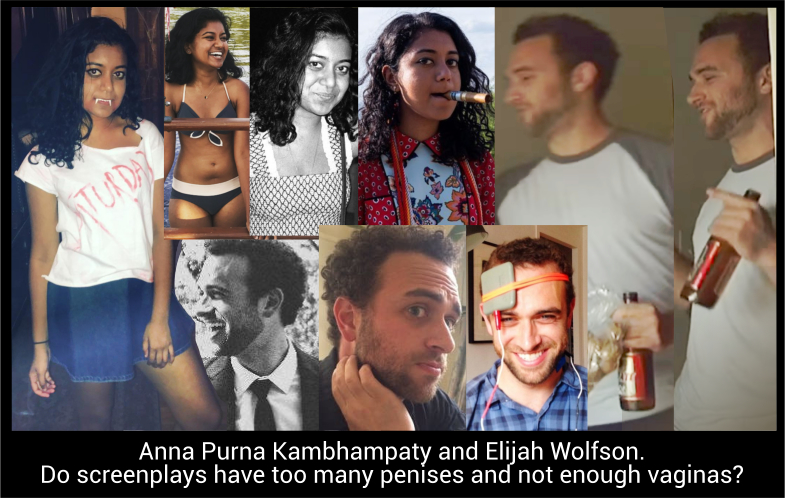 21-year-old Anna Purna Kambhampaty was still in school this year, and she wrote, in January, “I continue to regularly stress about the imminent doom of becoming an adult…”
Time Magazine is plucking them straight off the assembly line these days. For a girl who was a child a few months ago, by her reckoning, Kambhampaty decided she was qualified to lecture one of America’s most celebrated filmmakers about how he should be writing his scripts.
Elijah Wolfson studied for his B.A. (we call it a Brainwashing Award) between 2004 and 2008, in California, so I guess he is thirty-something. Today he is the health editor at Time Magazine. What does that have to do with filmmaking?

To Tarantino, I would say there is a place for everything. Tough, gritty movies like yours and Clint Eastwood’s are not places for women to gabble at great length. Whatever you do, ignore socialists when they say you should add more female lines. If anything you need less. Feminazis have ruined many films nowadays. A growing number of viewers are tired of seeing skinny dames beating up big lugs. Tell the feminazis to take a hike and get back to real filmmaking.