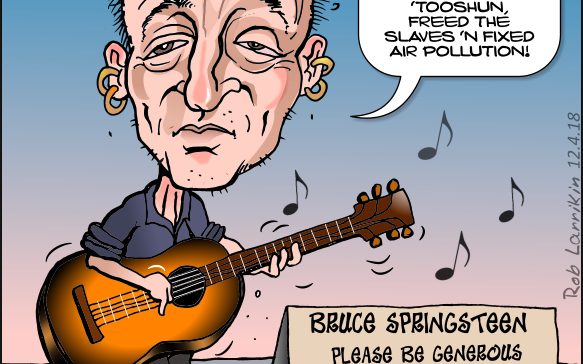 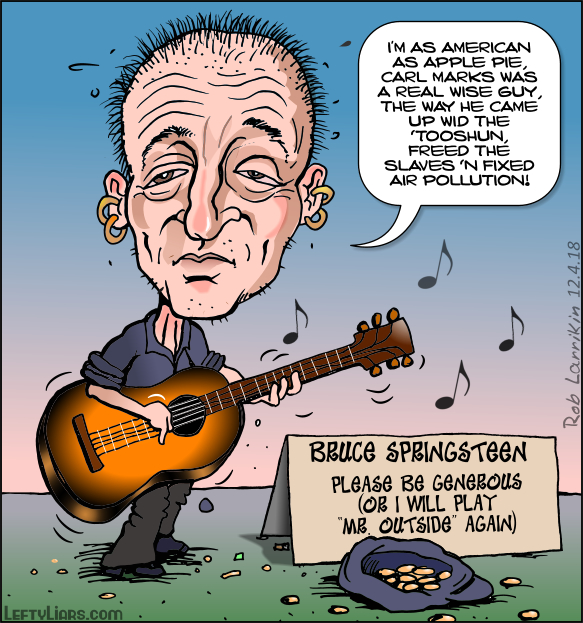 Chris Cillizza is not as annoying as most CNN commentators, but he made major mistakes in his analysis yesterday. Cillizza talked about Bruce Springsteen’s view that Trump will win again in 2020 because the Democrats have not come up with a candidate that can beat him. Cillizza quoted Springsteen, a 69-year-old liberal rock singer from New Jersey, as saying:

Chris, what are you doing? My cat could tell you Trump will win the next election, but you are an editor-at-large with CNN, and you are providing the political views of an old beatnik as though they are significant. Springsteen is about as politically savvy as your average bus driver. In fact, his Dutch father was a mostly unemployed bus driver. He was also a schizophrenic bully, who would address Bruce as an “outcast weirdo misfit sissy boy.” I think we can agree Dutch was probably not too bright politically.

How about Bruce’s Italian mother? She was a poor, strict Catholic, working as a secretary. No doubt she voted for the Democrats and had little knowledge of politics. Now we have Bruce himself. Here he is at 33. Tell me he looks like someone you would go to for political advice.

Can a person gain a lot of political knowledge and wisdom from singing? Bruce dropped out of education after high school, and teachers described him as being a loner and only wanting to play his guitar. He also had a long battle with depression and saw a psychotherapist three years after the photo above was taken. His wife witnessed his bouts of mental illness as he struggled with depression. Cillizza quotes Springsteen saying of Trump:

He’s deeply damaged at his core,” and, “Anyone in that position who doesn’t deeply feel those ties that bind is a dangerous man, and it’s very pitiful.

Was Springsteen talking about himself or Trump?

Chris, unless Bruce went off and studied politics and economics somewhere, his political knowledge is on a par with my cleaning lady. Why, if you are interested in expert opinion for a political analysis piece, would you publish his political views to back up your own?

That is problem one.

Problem two is that you and Bruce approached Trump the wrong way. You wrote:

One would think that, given the expected size of the field, there would be at least one candidate — and maybe a few — who Springsteen believes can take on and beat Trump.

You have assumed that it is not about the Democratic Party platform but rather a person. Neither you nor Bruce considered that the Democrats lost the last election because of their policies.

The problem with the Democrats winning has much less to do with leaders and personalities than it has to do with policy. Since Trump won office, what plans have they put forward? Nada. All they have done is lie about Trump. They have no decent policies. You can get Elvis Presley himself, back from the grave, to run, but without good strategies, you will lose. 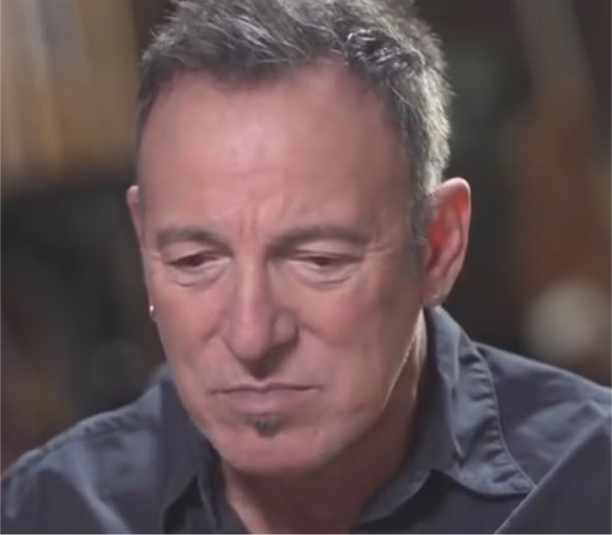 Problem three is that you are obsessed with Trump’s words and campaign speeches, thinking that he must have achieved success only through those. You list all the things he said during his inauguration speech, looking for clues.

You think that Trump’s policies could not possibly be the reason he won – he must be using some kind of magic, so you seek it out.

There is no magic, just good policy. Trump voters include the blue-collar workers you harp about, but they also include many millions of highly intelligent people who are right in front of you.

Open your eyes and look around. Open your ears and listen. Take the remote control out of your safe, dust it off, and change channels from CNN to Fox News, to see what those smart people are saying.

Or does Bruce still think there are 57 Channels and nuttin’ on?