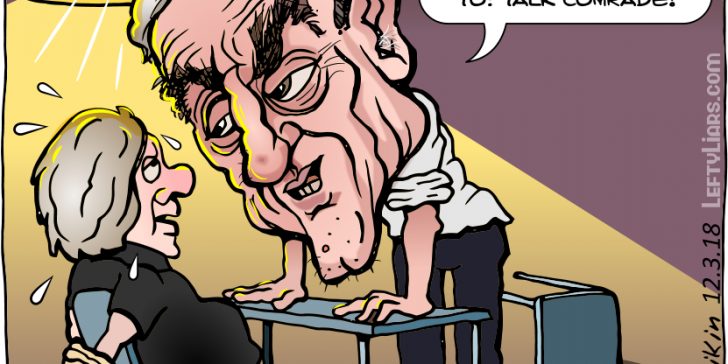 When you consider what Democrats are doing with Robert Mueller and Fake News, it is easy to believe they have been guided by National Socialists Adolf Hitler and Joseph Goebbels, who spoke of a Big Lie. The expression was coined by Hitler in his book Mein Kampf, about using a lie so “colossal” that no one would believe that someone “could have the impudence to distort the truth so infamously.”

His propaganda minister Joseph Goebbels put his own spin on the Big Lie, when he spoke about lying big, sticking with it, and keeping up the lies even at the risk of looking ridiculous. When you look at the preposterous lies cooked up about Trump being in cahoots with Russia to win the election, it fits Hitler’s Big Lie recipe like a glove.

Robert Mueller’s witch hunt is now 18-and-a-half months old. During that time he collected wee bits and pieces that prove nothing about Trump’s alleged collusion, which was always a nothingburger, to begin with. Democrats will use those little bits and pieces to fashion their myths.

A headline in yesterday’s New York Times read, “Mueller Exposes the Culture of Lying That Surrounds Trump,” which is kooky. The article by Sharon LaFraniere palms off the scatterbrained idea that Trump surrounds himself with deceivers, and is one himself.

What LaFraniere and the New York Times ignore is that if you gave a powerful investigator the job of investigating anyone, from LaFraniere herself, to her publisher, Arthur Sulzberger, her husband Michael Wines, the Queen of England, or the Pope, that investigator would find the target’s friends told lies. What is more, the more powerful and wealthy the quarry, the more those around them will need to lie, for the very best reasons.

Take Sharon LaFraniere’s husband, Michael Wines. He was Moscow Bureau Chief for The New York Times. Sharon was a Moscow correspondent for The Washington Post. Both of them spent a lot of time in Russia. During Wines’ time in Moscow, he answered some students’ questions online, which can be seen on archive.org, here. When asked about taking notes by one student, Wines said [emphasis mine]:

…I use tape recorders, but when they’re not practical, I also use several techniques to try to ensure accuracy. One is to ask what I call a “treading-water question” — in other words, to ask something I don’t care much about, so that I can write down the answer to the last question while the interviewee is rattling on about something insignificant. That keeps the ball rolling, which is important in interviews, and gives me breathing space to get my quotes in order.

Does Sharon use this technique also? Well, she is Michael’s wife so it would not surprise me. Did they do this with their Russian subjects? Probably, I would guess. If Mueller were told to work on them to dig up any dirt, or lies, he could start with that. Then he could look into other techniques they use that deceive interviewees, filling notebooks with examples, before scouring their friends’ lives. Imagine how many things he would find over 18 months.

Ordinary people like Sharon and Michael lie for a variety of innocent, harmless reasons. People in powerful positions have even more reason to lie, to protect their families from kidnapping, assassination, and terrorism. They use aliases to book hotels or limousines, and to avoid offending foreign dignitaries, will make up polite excuses instead of telling the truth. For instance, if French President Macron were to invite Trump to play golf, and Trump had no time, Trump’s assistant might answer, “He would love to, but alas, he has a cold and a headache at this time.” It is a lie, but a necessary lie. Saying, “No, he’s busy,” could cost the U.S. tens millions of dollars in trade. Lies are often necessary for a variety of reasons. 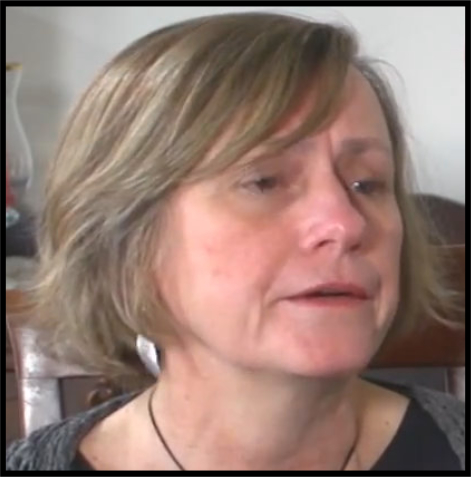 Mueller can make anyone look guilty of anything, with enough questioning and intimidation. After a KGB interrogator would gather dirt on a subject, Pravda’s apparatchiks would write up a story about what a liar the target was. The poor victim would then be sent off to the Gulag to do hard labor and die. In my view The New York Times and Washington Post are like America’s Pravda today, and reporters like Sharon LaFraniere are like their apparatchiks.