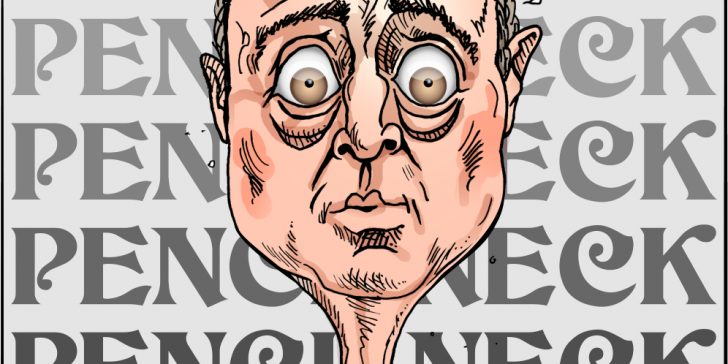 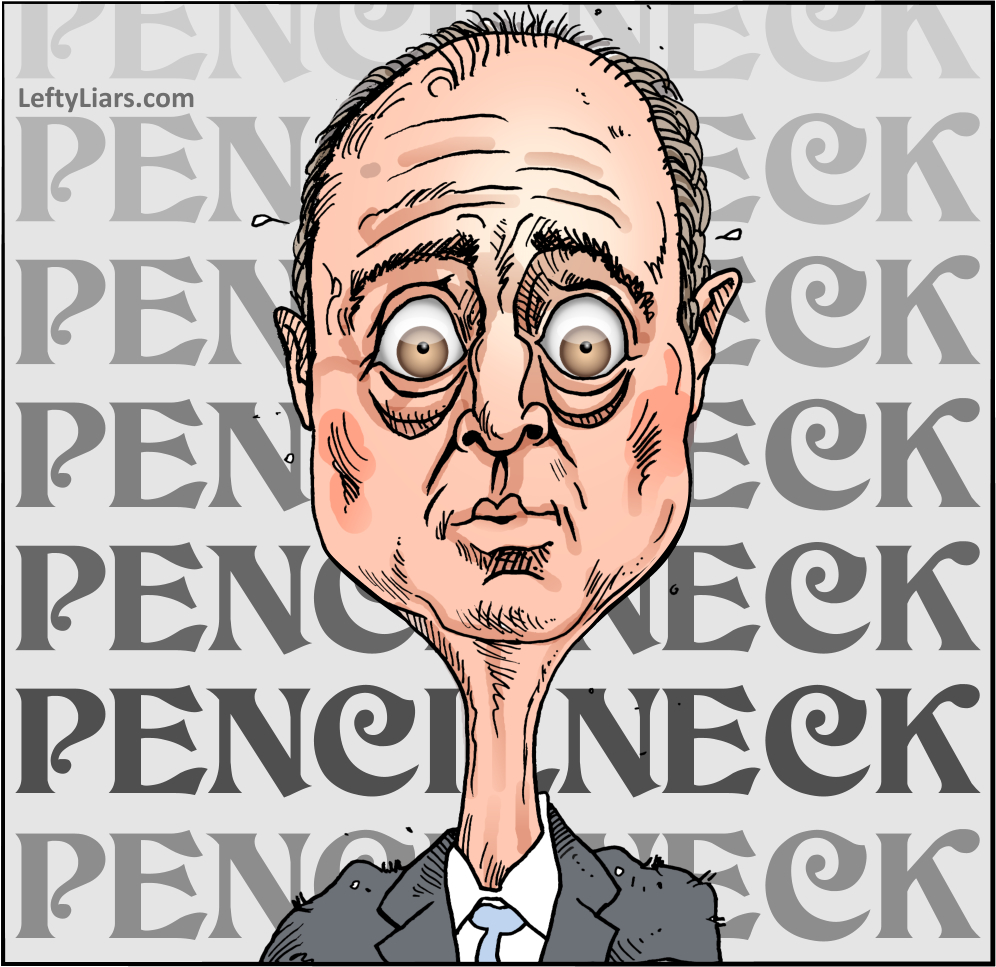 If you throw enough Schiff, some of it will stick, Democrats hope, but bug-eyed Adam Schiff dribbles off Teflon-coated Trump, like water off a duck’s back. A puddle forms on the ground at Trump’s feet, which the POTUS gingerly steps over, while tweeting. As desperate Democrats demonize Trump with thin air, they are tearing up what little was left of their reputation, a fate shared by their twin monster, Fake News. Tweedledum and Tweedledee are indistinguishable. Their daily memorized chants join them at the hip, making them slaves to their idiotic base and routine.

In the past, they could generate nothingburgers (like Watergate) and get away with it because there was no Fox News, Breitbart, or internet to expose their mischievous misinformation campaign. Nixon was a great President who suffered the same treatment Trump does.

For two centuries, Fake News/Democrats developed routines to sell propaganda, and old habits die hard. They are one-trick ponies, hopeless at thinking up new approaches, and this hastens the extinction of their trade. Their lies are easily disproven with a few online searches, and they know not what to do about this, other than censor the internet, which is self-defeating.

Millions are repelled by Adam Schiff, whose arrogance surpasses the worst Russian KGB bureaucrat, brazenly lying and refusing to listen to reason. Whatever he does, the press turns his fabrications and failures into supposed truths and success stories. If a ten-year-old tennis player thrashed him, the media would say, “Tennis sport Adam Schiff gracefully let his younger opponent win.”
If he fell flat on his face on a pile of horse manure, the press would gush, “Schiff researched agricultural products today, examining fertilizer.”

Newspaper editors do not know any other way to play their game. Promoting left-winged ideology is the ink in their veins. When an honest businessman like Trump comes along to take on the Swamp, they try digging up dirt but find none. In desperation, they make dirt up, but Trump only grows more popular as a result.

Lefties are like ants that fall into an inescapable pit and then do pointless routine chores until they die. In the ants’ case, they have no choice, being governed by instinct. In the case of rusted-on Lefties, decades of brainwashing have retarded their ability to learn.

If you are a Republican senator, how should you deal with lying Democrats like Schiff? Americans knew the answer to that question. You need a man like Donald Trump. Once he was elected, assorted RINOs (Republicans In Name Only) betrayed him. Remember, Lefties infiltrate everything, including the GOP. Be vigilant – cancel out fifth column saboteurs when they first try to join. That is your first task.

As a senator wishing to defeat Democrats like Schiff, your second task is to support people like Trump, from the start. The third thing you can do is encourage other Trumps to become senators – businessmen who know how to cut through red tape and bureaucracy to get the job done. Career politicians and feminists are not the answer. If you are one, be wise and patriotic by encouraging other conservative businessmen like Trump to enter politics. Stand by those men for the sake of your country.

Remember, when the press makes a giant issue out of nothing, as they inevitably will, ignore them and be loyal to such men. Do not get caught up in the emotional swirl of rage whipped up by Schiffs or Pelosis. Defend your Trump against the tsunami of lies. The world needs hundreds more Trumps to defeat the Left. Are you one?

Now is the time for others like Trump to join the fray. If you are a conservative businessman worth more than 100 million dollars, you might consider entering politics at this time. There is a war going on, and you are needed. The forces on the Left have plenty of support from billionaires like George Soros (Schwartz György), Jeff Bezos (Jeffrey Preston Jorgensen), Mark Zuckerberg, Sergey Brin (Sergey Mikhaylovich Brin Серге́й Миха́йлович Брин), Bill Gates (William Henry Gates III), Warren Buffett, Jack Dorsey, Michael Bloomberg, and Tom Steyer.

As a businessman, it might go against your grain to be involved in politics, as you probably despise most politicians, for good reason. But this is a time when you are desperately needed, and Donald Trump has hacked out a pathway for you. He has broken many Swamp rules so that you will have an easier task. You can take on Fake News now. In the past, very few politicians would dare do that. When they hound you with dumb questions, call them stupid. When they lie about you, call them liars. Fight fire with fire, and ignore some (not all) customs of the past.

Look at the methods and techniques President Trump used to fight the Left, and expand upon them. While he slashed trails through the Swamp, you can widen those pathways and make them permanent roads. You can add connector routes to them, with overpasses and cloverleaf intersections. You can turn rough paths into expressways, and transform the Swamp into a city, free of alligators, mosquitoes, ticks, and leeches.

Please do it for America. For the world. Along with Trump, you will go down in history as one of the great pioneers of reform in the 21st Century.