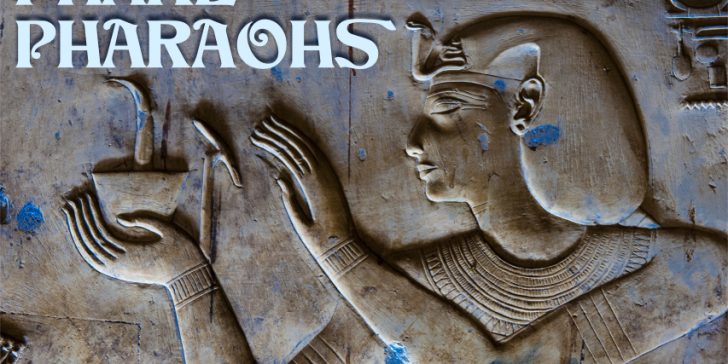 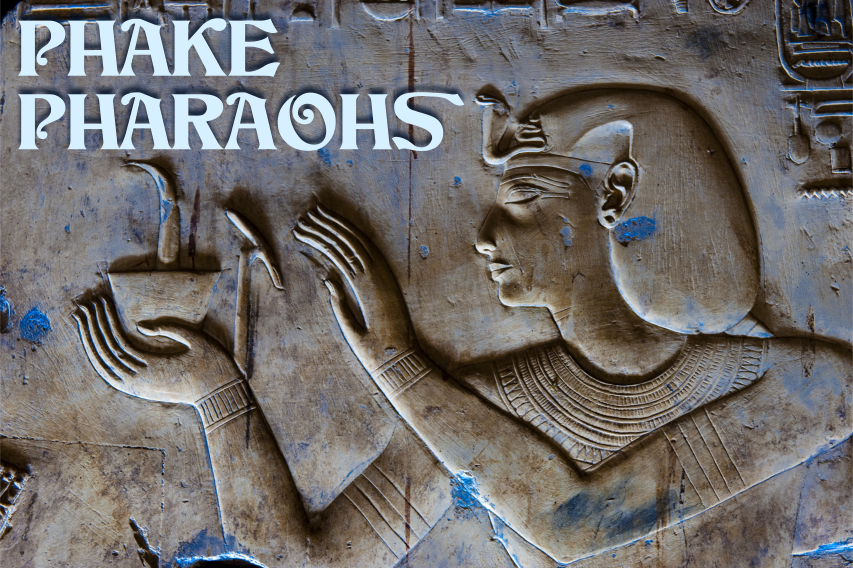 Fake News did not only brainwash the public with their altered version of politics and philosophy, but they also lied about history. One of their favorites was Ancient Egypt, with its pharaohs and pyramids, which they always portrayed most cheerfully. Although this paved the way for some tourism, even it could not bring Egypt out of its poverty. Generations of people have grown up reading the media’s account of those great pyramids, built by heroic and amazing pharaohs.

Except they were not heroic.

Pharaohs enslaved millions to build giant tombs that tourists ogle at today. Wearing Reparations for Slavery T-shirts, American holidaymakers buy kitschy pyramid key-rings and bronze sphinx paperweights to celebrate Egypt’s slave trade. Few think there is anything wrong with this, since Fake News give it their blessing, as does Hollywood. Tour operators, afraid that people might see the hypocrisy, have started touting phony history about workers being voluntary.

This fiction, that pyramid builders were well paid, well-fed, and happy, only came about recently, to temper the PC crowd who might otherwise boycott Egyptian tourism. Like Global Warming, ‘happy pyramid builders’ is an invented fable taught in colleges.

Nations make most monuments within the scope and budget of sensible governance, affordable, and within reason. Some, like pyramids, are built at the expense of the people, sacrificing healthy infrastructural development in the process. This history was always understood, and nobody argued about Egyptian slavery until snowflakes in college started to obsess about political correctness. The Left realized that if they did not do a makeover on Egyptian history, Arabs would be victims of an embargo on tourism. So they began to come up with “new theories” about how all the pyramid builders were fine and dandy, well-fed, and marvelously happy. It is just another example of Leftist history changing.

As with Popes, Pharaohs were purportedly the link between mortals and gods. They supposedly believed that being mummified in a pyramid would give them eternal life in heaven, providing they were good. In probably the world’s finest example of egomaniacal self-indulgent power-tripping, these tyrants forced hundreds of thousands to die, building gargantuan tombs for themselves. Many talented people fled Egypt to avoid this fate. Over time the vast expense and brain-drain bankrupted the country, which has been poor ever since.

Pharaohs escaped any punishment or castigation for their atrocities. Even today, limp-wristed historians glorify them instead, saying, “Pyramids bring tourists,” but then, so do Hitler’s concentration camps.

The Psychology of Massive Nothingness

Pharaohs’ pyramids arose between 2670 BC and 664 BC, and aside from the tourism they would draw thousands of years later, what did they gain Egypt? With all that effort and expense, though it may seem hard to believe, they were valueless.

Using them to climb, for sport, was not allowed for religious reasons, and was too dangerous because of the steep angle and the polished surface. Even today, it is illegal to do so, punishable by three years in jail. They cannot be used to store things since they are solid. Travelers could point them out as landmarks, but then again, as landmarks, they attracted thieves, interested in robbing the burial chambers’ riches. Bandits also stole the gleaming white polished limestone that initially covered the massive polyhedrons. They were giant robber magnets.

Imagine the guilt non-religious builders must have felt, knowing that the monuments were good for nothing. With all their massive weight (the great pyramid of Khufu is about 5,750,000 tons – 5,216,308,000 kg), they were useless. Some believe they were used to store grain, but this is a myth. Pyramids are solid, except for a few thin tunnels that lead to one or two claustrophobic burial chambers.

Materials and labor used for pyramids could have gone into functioning buildings, warehouses, silos, roads, walls, and forts that would benefit Egypt no end. It has to be the best example of waste ever achieved – monuments to religiously-inspired self-indulgence.

There is something about the nothingness of pyramids that reminds one of the nothingburgers spun by Fake News. Pharaohs perpetuated the myth that mummification led to immortality. Similarly, Fake News hypnotized the world to believe in socialism. When you consider the population of ancient Egypt, compared to the world’s population over the last two centuries, Fake News fooled more people than the Pharaohs.

Like pyramids, Fake News amounts to naught. A considerable amount of money, labor, and effort goes into producing lies and myths, and for what? Both are black holes of human industry and innovation, swallowing up business and enterprise to leave behind a vacuum.

Perhaps this is why Fake News seems to have a love affair with pyramids; they have much in common. Here is a century-old article from The Daily Oklahoman, about immortality. It says:

All monuments and memorials are expressions of this legitimate longing. The pyramids of Pharaoh, statues in parks and other public places, and monuments in cemeteries, all make the same appeal.

The day after mans’ first landing on the moon, fifty years ago, in 1969, the Tallahassee Democrat published intellectuals’ views, including those of Lewis Mumford, writer, philosopher, and author:

“I see the moonshot as the end of a long process that began in the age of the pyramids, when the Pharaohs sought ways of meeting with their gods.
“Today’s moon rockets are the dynamic equivalent of the pyramid’s role as a medium in taking Pharaoh to his god.”

He was another silly philosopher with a childish view. There is no comparison between scientists building rockets to the moon, and religious tyrants forcing slaves to build stone monuments that do nothing. The two could not be greater opposites of each other.

For centuries we have been told by Fake News that the pyramids were excellent, beautiful, and marvelous, with nary a negative word. In fact, they are a monument to religious zealotry and tyranny, and we should spit on them for the harm they did to Egypt and its people.

The same can be said for Fake News.