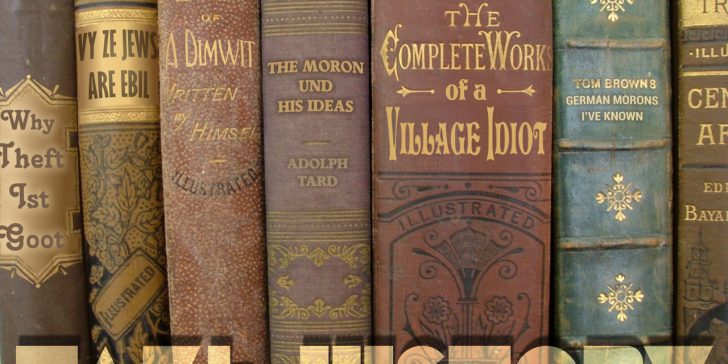 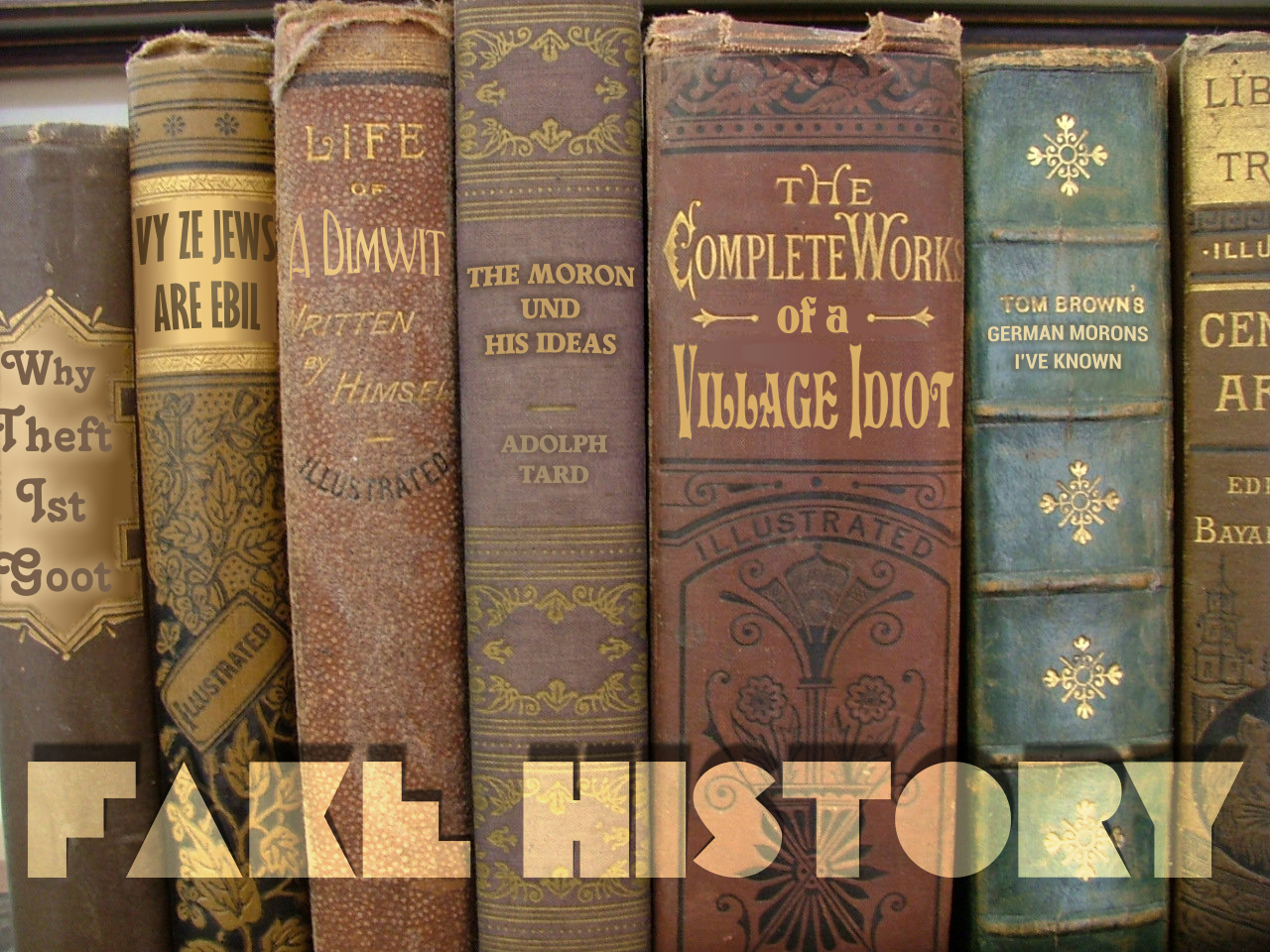 Since Donald Trump was elected, Americans learned that nearly all the political news they see is lying propaganda and disinformation designed to support the far-left socialist Democrat Party. Many think this is a new state of play, sparked by Trump Derangement Syndrome (TDS), but in fact, it is a centuries-old phenomenon. Come take a gander at Fake News this last twenty decades or so. Though the roots of communism go even deeper, many books were being written 200 years ago that would influence tyrant-makers like Karl Marx. We can pluck two random examples from sagging library shelves, William Godwin and Georg Hegel, to see how the news media covered them.

In Godwin’s 1793 book, Enquiry Concerning Political Justice, regarding his moral philosophy, he invited the reader to imagine being able to save only one of two people in a fire, one of whom is the Archbishop Fénelon, a benefactor to the whole human race, the other of whom is the reader’s mother. Godwin’s view was that we should save Fénelon “for the greater good.”

Hegel wrote in Elements of the Philosophy of Right, 1820, that an individual’s “supreme duty is to be a member of the state,” and that, “it is only through being a member of the state that the individual himself has objectivity, truth, and ethical life.”
He wrote, “Members of a Hegelian State are happy even to sacrifice their lives for the State.”

If Americans were to witness Godwin, letting his mother burn to save a church bureaucrat, they would gasp in horror. Godwin’s and Hegel’s belief that individuals should sacrifice themselves to the State is repulsive because it is against nature itself. Survival is the most robust instinct we have. When faced with the choice of saving one’s mother or a church official from a fire, humans would protect their mother every time. Which cold-blooded cretin would do otherwise?

When Archbishops die or retire, there are dozens of ambitious bishops ready to fill their oversized hats, but nobody can replace one’s mother. Which Archbishop would save another Archbishop over his mother in such a fire? See if you can find one.

The law of nature, which is the foundation of all laws, is that you look after yourself first, followed by your family, and then your nation. State governments and large churches are full of inept, talent-less, corrupt, power-mad officials. Who would willingly sacrifice their mother to rescue one?

You may have thought that newspapers and TV have only recently gone off the far-left deep end and that two centuries ago, editors would have exposed Hegal and Godwin as the cold-blooded rabble-rousers they were. Not so. Like so many newspapers, this 1805 article from the Washington Advertiser praises Godwin, calling him:

Skipping ahead about a hundred years, here is a 1909 item in The Boston Globe, under the heading ‘A Daily Lesson in History.’ They provide a portrait of Godwin and say:

A hundred and ten years later, in 2019, here is the BBC telling us that Godwin is a significantly intellectual philosopher and raving about the man’s daughter, Mary Shelley, who supposedly wrote Frankenstein at 18. Methinks she wrote it with considerable help from her father. Regardless, it is a glorified, stodgy, tortuous, and ignorant attack on science that should never have been published. The article, by Sorcha Ní Fhlainn, also praises Godwin’s wife, Mary Wollstonecraft, as a significant intellectual.

While William Godwin influenced Karl Marx, the father of communism, his wife, Wollstonecraft, was the mother of Feminism, and their daughter Mary Shelley created Frankenstein. The left-winged family has been promoted and hero-worshiped by Fake News since they first began attacking industry, science, and the wealthy, all of whom they depended on utterly.

So who is this knucklehead, Sorcha Ní Fhlainn?

Despite Sorcha’s knowledge of horror movies, Frankenstein is an excellent example of bad art being promoted by the Left for political reasons. After two centuries, most people were hypnotized by the cunning and persistent press into accepting its stature as a ‘great book.’ Wake up and smell the propaganda – the book is a piece of trash. Mary Shelley understood as much about science as Godwin did about being loyal to mothers.

Looking at Georg Hegel now, we see that in 1831, The Examiner, London, England, announced Hegel’s death, describing him as “one of our most celebrated literati.” They glowingly described his new school’s pupil and his ‘honourable appointment’ as a professor at the University of Paris – a bastion of left-winged socialist diehards. Reading it, he sounds like a great icon of academia, but remember, this is a newspaper, so it was Fake News. What was he really like? For that, you have to ask a non-journalist who worked next to the guy.

How about the German philosopher Arthur Schopenhauer, a fellow lecturer and colleague of Hegel’s at the University of Berlin? Schopenhauer described Hegel as a “clumsy charlatan,” and was appalled by his poor knowledge of natural sciences. In his book, The World as Will and Representation, vol. 2 (1844), Schopenhauer said the following of Hegel:

Hegel, installed from above, by the powers that be, as the certified Great Philosopher, was a flat-headed, insipid, nauseating, illiterate charlatan who reached the pinnacle of audacity in scribbling together and dishing up the craziest mystifying nonsense. This nonsense has been noisily proclaimed as immortal wisdom by mercenary followers and readily accepted as such by all fools, who thus joined into as perfect a chorus of admiration as had ever been heard before. The extensive field of spiritual influence with which Hegel was furnished by those in power has enabled him to achieve the intellectual corruption of an whole generation.
….
But the height of audacity in serving up pure nonsense, in stringing together senseless and extravagant mazes of words, such as had previously been known only in madhouses, was finally reached in Hegel, and became the instrument of the most barefaced general mystification that has ever taken place, with a result which will appear fabulous to posterity, and will remain as a monument to German stupidity.

What you are reading from Schopenhauer is the truth about Hegel, the philosopher who most influenced Karl Marx. The man was a hair-brained fool, no better than Marx, and totalitarian Fake News adored both. Nobody heard Schopenhauer over the roar of the leftist media, which is a shame, as it might have saved the hundreds of millions of lives ruined and erased under communism. Schopenhauer was dead right about Hegel, but who would ever believe him? Fake News decided who was right or wrong, right up to the Age of the Internet. 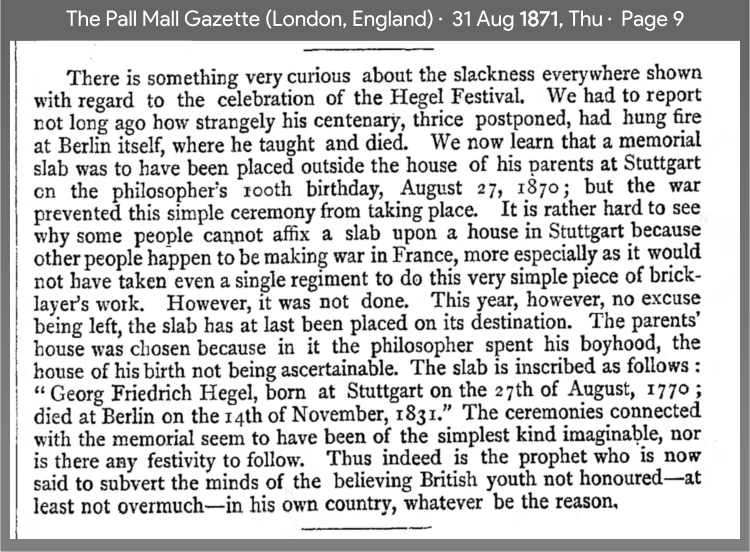 In this extraordinary rant, the editor is complaining bitterly about the lack of a memorial slab or festival for his beloved hero, Hegel. Can you believe it?

Moving along, in 1893, the New York Tribune published this hysterical rant about Hegel and Darwin having something in common, and dared to call Hegel ‘scientific.’ The editor said Hegel ‘opened the way for the progressive unification of history,’ which was probably the daftest thing written in 1893. It is a typical example of Fake News with a capital F. He went on to quote Dr. Windelband, another left-winged Prussian, as saying that Hegel’s philosophy was a systematic elaboration of the entire material of history!

The article says of Hegel:

In his conception of history the Objective Spirit meant not something wholly apart from Individuals, but that unity in which they were all contained. It was not collective, for the body of individuals did not make It: rather, so far as their inner life was concerned, they emanated from It. Thus “the state is the realization of the ethical idea; it is the spirit of the people become visible…

That is Hegel’s tortured way of saying the individual must sacrifice himself to authority. No matter how insane the poor man was, the Left would back him and promote him at every turn. Marx, and eventually, Stalin and Mao, would use his reasoning to justify imprisoning millions.

Let’s jump ahead to 1922, the year the Union of Soviet Socialist Republics (USSR) was formed. What was The New York Times publishing? Amongst thousands of other socialist supporting propaganda, it printed this piece, ‘Interpreting Croce’s Philosophy,’ five months before the USSR was formed. The full-page article praised Italian Benedetto Croce, a left-winged anti-capitalist whose writing influenced both fascists and Marxists. Aside from describing Croce as holding a ‘commanding position among Italian thinkers,’ the NY times said he was one whose writings were ‘being studied in every land,’ and whose ideas were ‘becoming the common possession of our generation.’

The son of German immigrants to Ohio, Adolph Ochs, born 1858, dropped out of school at 15 and worked in odd jobs, moved to New York, and eventually borrowed enough to buy the financially ailing New York Times. He was the owner/publisher in 1922 when the above-mentioned Fake News article came out. In it, they wrote:

Croce, Hegel, Kant, and Schelling were all wrong, of course. Humans would eventually build computers that would merge with the human brain to expand our minds to understand far more than anything these four left-winged windbags could ever imagine, and they would do it thanks to science, technology, capitalism, free-trade, and democracy– all the things Lefties had been fighting for two centuries, with their Big State mysticism and anti-individualism.

Finally, here we are in 2019, and Fake News is still praising Godwin and Hegel. After two centuries of adoration, two quacks are taken for granted as great wise men of history, but it is a lie. Two hundred years of lying is ‘reality’ for the ill-informed, like those fooled by churches who, for centuries, insisted the sun orbited the earth. For millennia humans believed diseases were caused by ‘demons and curses,’ thanks to witch-doctors, who could think of no better reason. The same medicine men taught their tribes that wealthy individuals were ‘greedy’ and would burn in hell. As witchdoctors morphed into world religions, such myths were printed and bound in leather, and men in large hats preached about it being easier for camels to go through the eyes of needles than for rich men to enter the kingdom of God. Such lies paved the way for socialism, history’s most potent cause of murder.

And so it was that William Godwin, Georg Hegel, and a dozen other fools helped convince a rogue called Karl Marx to join Friedrich Engles in writing The Communist Manifesto, which laid out the plan for replacing capitalist society with socialism. In the last paragraph, Marx called for a “forcible overthrow of all existing social conditions,” providing justification for all communist revolutions around the world, which led to the mass murder of hundreds of millions.

Marx and communism itself were the product of countless articles by Fake News over the centuries, making heroes out of nincompoops and charlatans. Journalists and editors hypnotized society into wrecking itself by turning away from capitalism and adopting a philosophy designed by lunatics, obsessed with self-destruction. Now that we have reached the Internet Age, we have begun to finally see through the bigots who describe themselves as ‘the News.’ As Donald Trump says, they are the enemy of the people. I will add; they have always been the enemy of the people.

Our libraries are filled with books recommended by Fake News. Our heroes are populated with liars, fakes, and losers, posing as great people. If you can see through Fake News today, point your new seeing-glasses at the past and see the centuries of Fake News that shaped us.

By the end of the 21st Century, we will have new heroes, and much of recorded human history will be corrected. For instance, we will no longer call Karl Marx, or his influencers, great men. They will be appropriately remembered as vile cretins who stained human history with socialism, the failed theory responsible for multiple and unparalleled mass murders, mass slavery, nation theft, and national bankruptcies.