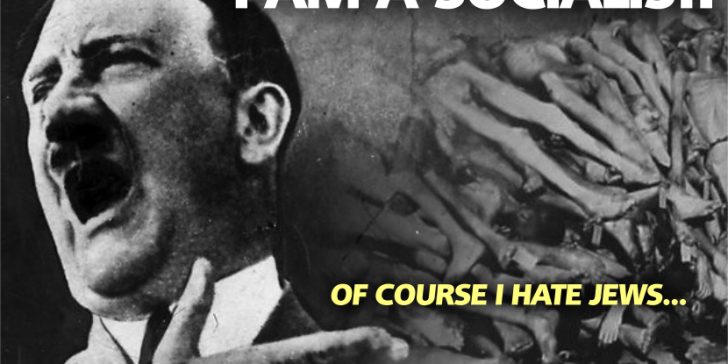 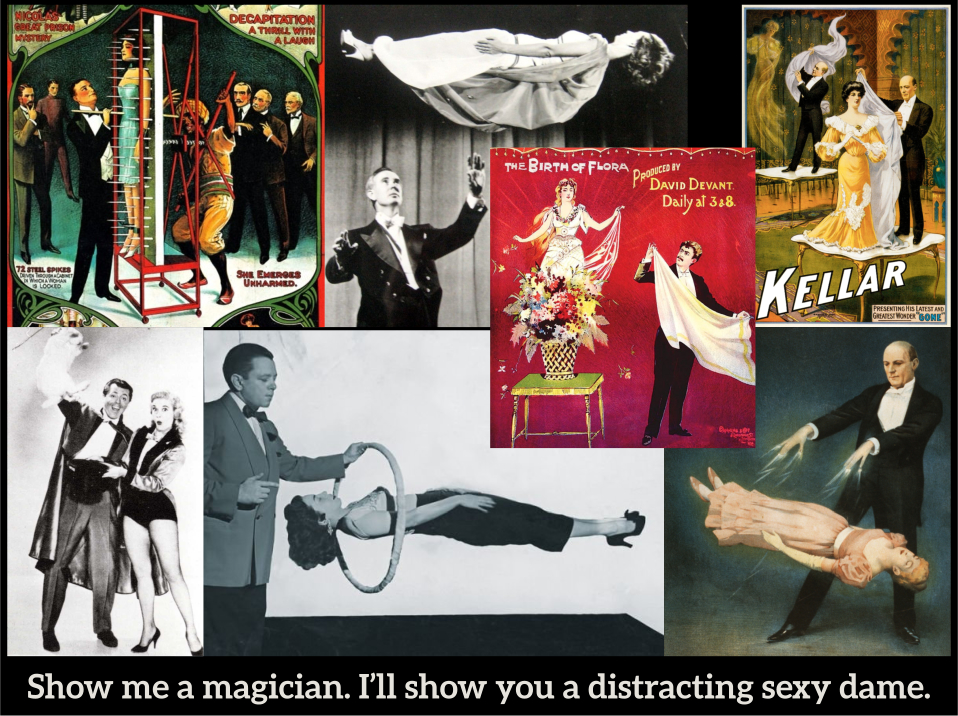 Magicians use sexy assistants dressed in glittering bikinis to take your eye off the ball, which they palm: palming means concealing or hiding, or sleight of hand. Sleight means deceitful craftiness. When cardsharps or illusionists use deceitful craftiness in palming cards, coins, balls, handkerchiefs, and the like, you are not supposed to notice. They want your eyes to be on their sexy assistant.

Performers of magic use other distractions too, including smoke, mirrors, drapes, shadows, darkness, explosions, flash-bangs, sparklers, percussion, music, and capes. The sexy sidekick goes into a booth to strike a seductive pose while a smoke bomb explodes, trumpets sound, and a drape is drawn across to hide her.

Nobody in the audience asks, “Why not make her disappear in front of us without hiding her?” because there are too many distractions. The assistant crawls into a secret compartment and voila – when the fake wizard opens the curtain she has “disappeared.” The screen is closed and re-opened amid more sound effects, music and smoke, and presto! She’s back, looking sexier than ever as she pirouettes and bows.

Spectators are told to applaud wildly. They gawk at the assistant’s bouncing fun-bags, and nobody bothers to mention the curtain. Suddenly the show is over, and some fellow in a top hat is juggling eggs. Once again, a magician gets away with his fakery.

To see what such conjurers do, you need to force your eyes to stay focused on their hands and ignore the assistant’s glittering assets. It is difficult because the trickster moves his hands rapidly. Thanks to thousands of hours of practice he can make a card disappear up a sleeve in the blink of an eye. Sometimes, no matter how hard you study his hands, you will miss the palming.

But wait, you ask. What does this have to do with antisemitic people? 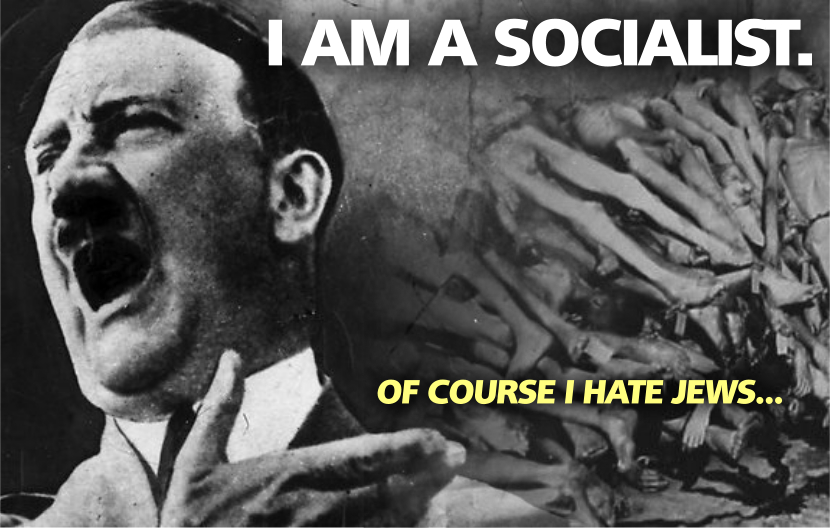 Like famous magicians, determined anti-Semites are very experienced in the art of distraction. Ask them why they hate Jews and the answer disappears in a puff of smoke, behind a drape, with trumpeting horns and audience applause to distract you. They dazzle you with sparklers while flashing a few placards:

Then they’ll draw the curtain, and a smoke bomb will go off, as trumpets sound.

Say what? What happened to the answer? Where are the details? Too late for that. The details have crawled into a secret compartment.

Just as you could leap on stage and dismantle the magician’s booth to expose its false compartments, so you can disassemble the anti-Semite’s generalizations, but do not expect their fans to listen.

Jews fervently believe that reading, studying and family are essential, and this makes them smart and loyal. Since they are clever, they do well in business. Since they are trustworthy, they lend money to and employ each other, which makes them wealthier.

Take a Jewish businessman, Sol, who has worked hard and made a small fortune. His recently deceased accountant leaves Sol looking for a replacement. Sure, he could advertise and hire a person from the public. What would he end up having? Lawsuits. A black woman turns up for the interview and is not employed, so she goes to the equal opportunity commission and sues Sol for five million bucks. That would bankrupt him and give him a heart attack.

Instead, he hires his nephew David, who is quite a good accountant. David is loyal to his family so he will not steal from or sue Sol, who now has a trustworthy accountant and no lawsuit. Who would think there was anything wrong with that?

David eventually marries and wants a house, so Sol gives him a loan. David avoids the bureaucracy and expense of a typical bank application. They have a simple one-page contract stating that David will pay Sol back at a particular interest over a certain time, and he is good for the money. He is family.

What is wrong with that?

Angry socialists down the road will tell you what is wrong with it. They live in a project home on welfare. They have nothing to do but look out their window and find things to criticize their neighbors for, and they hate Jews.

Declan:  Look, dad – there goes that bastard Jew, Sol.
Connor:  Yeah, in his BMW.
Molly:  I’ll bet he hates Catholics. Thinks he’s better than us, no doubt.
Connor:  He thinks he’s the bee’s knees. Look at the size of his house!
Molly:  It used to be part of the projects.
Declan:  My friends were there before they tore it down.
Connor:  A lotta Jews are moving in now. They pay so much the owners can’t say no.
Molly:  They’ll take over the whole area before long. I hate how they all stick together.
Declan:  I heard he gave his son a job as an accountant. He’s my age.
Connor:  You mean David? Geez, there’s another job gone to his family.
Molly:  I could have done that. I studied accountancy.
Declan:  You should complain to equal opportunity, mom. Maybe you can sue.
Connor:  Won’t help. Jews run the courts.
Molly:  They’re runnin’ the world!
Declan:  Hitler was right.
Connor:  Look, there goes David now, in his Merc.
Molly:  The spoiled shit. You should use your BB gun on it next time…
Connor:  Nah – I’ve already got warrants out on me, I don’t need no more.
Molly:  Warrants?
Connor:  You know, the graffiti I sprayed on the synagogue.
Molly:  Oh yeah. What’d it say again?
Connor:  Die Jew, Seig Heil, a swastika and a Star of David hanging from a gallows, heh.

So where did all this hate originate?

Socialists, whether from America, Canada, Britain, Australia, New Zealand, Europe, Latin America, Russia, Africa or Asia, hate rich people and big business. They want everyone to be ‘equal,’ which means making all and sundry poor like them. Socialists the world over hate Jews for their success and create any number of conspiracy theories to besmirch them.

National Socialist Adolf Hitler joined a long line of mass murderers throughout history in trying to exterminate the Jews. Survivors were tough and independent-minded, which helped them in business as it allowed them to take risks. It gave them a great sense of humor because humor gives you hope and courage in times of adversity. The terrors they experienced made them brave and enduring, able to withstand great hardships.

Do Jews run Hollywood? No, although they are a significant influence (more in the past than now), and so what if they are? They are good managers of money so large corporations may employ more Jews to make financial decisions. It’s a merit-based occupation and if they’re the best in that field, good luck to them.

Do they run the world’s banks? Not at all. Once again, many high positions in banks are occupied by Jews merely because they are very good at looking after money, but they do not discriminate when it comes to race. They are happy to lend you money whoever you are if you have the equity and income to qualify. Socialists hate banks and love to make conspiracy theories about them, but you will notice they never criticize Chinese banks for only employing Chinese, Korean banks for just using Koreans or Japanese banks for only engaging Japanese.

The contributions Jews have made to the world are immeasurable. From Einstein to the Marx Brothers and Ayn Rand, they have enriched mankind in science, philosophy, law, music, invention, comedy, business, and culture, helping billions in countless ways. Having such brilliant people among us is a marvelous thing, but the Left hate great people. Just as they despised Abraham Lincoln, Winston Churchill, Margaret Thatcher, Ronald Reagan, and Donald Trump, so too, they hate Jews.

Are Jews “the reason for all our problems?” Yes, if you want a miserable socialist world of poverty. Jews will cause you no end of problems if that is your goal. Those pesky Jews will always be there, providing millions of fabulous products and services that make our lives happier, healthier, and wealthier.

When the next anti-Jewish charlatan jumps online with his sleight-of-hand criticism of Jews, keep your eye on his logic and accuracy. Instead of providing proof, he will toss a Gish Gallop of old wives’ tales at you, blaming the Jews for every problem the world suffers, and point to their removal as the antidote, just as old-time medicine men would hawk their fake potions as cures for baldness, impotence, toothache, forgetfulness, and constipation.

Pretty soon your friends and family will probably start to get sucked in and buy a bottle.

Ask such quacks to back up all their hot air with real history. Once you delve into the facts, you will find mistakes. If they say that Jews run Hollywood ask them for a detailed list of all the owners of Hollywood studios, who they employ, and how many are Jews. Do the same with banks. Once you have the records, you will see how exaggerated and off-kilter their summaries are.

Democrats in the U.S. and The Labour Party in Britain all hate Jews just as they hate rich people in general. Of course, the most prominent socialists are rich themselves, since Lefties never practice what they preach.

If Jews were poor and stupid, the socialists would love them as much as they love Arabs, so it comes down to jealousy. The Left hate smart, wealthy, successful people. If you are an average person who was persuaded by antisemitic snake-oil salesmen or sleight-of-hand con artists, it is time to snap out of it.

There is a reason Lefties do not attack the barbarity of Islam, yet always find the time to criticize Jews and Israel. Such hatred is political. When Lefties hate someone, whether it be Lincoln, Trump, or the Jews, they always lie and exaggerate. Thus, Trump becomes a rapist and a molester, and Jews become evil-hearted gremlins bent on ruining your lives.

Wake up and smell the National Socialist Zyklon B.