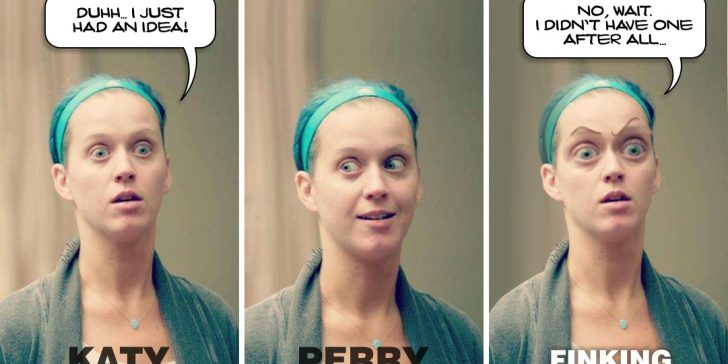 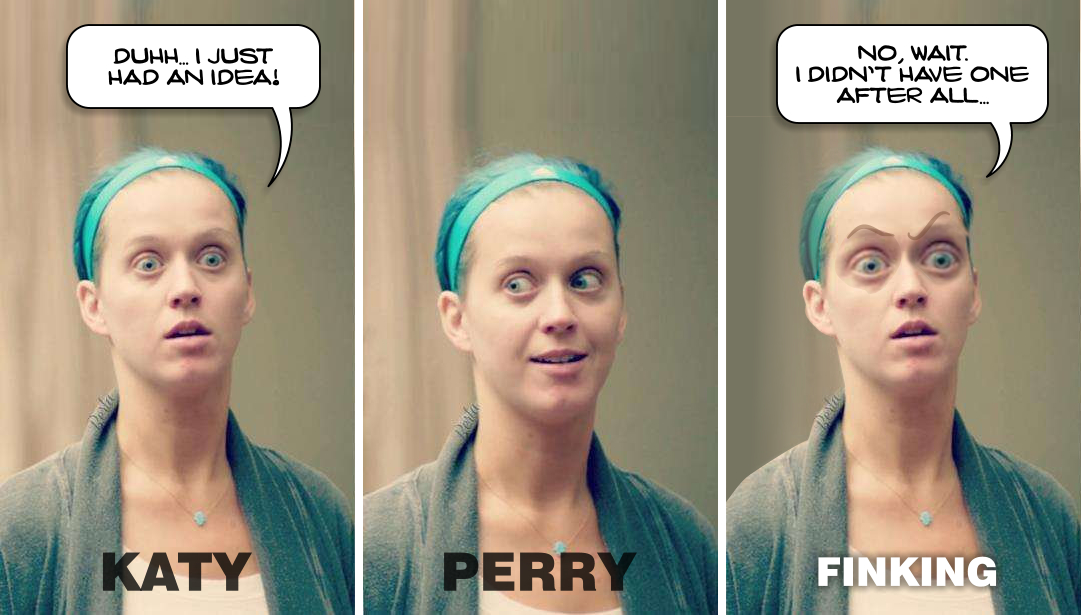 Singer Katy Perry annoys us regularly by criticizing her President as though she is some kind of political sage, when in fact she is as daft as a brush, politically. Celebrity meatheads like her and Jim Carrey are an embarrassment to their fans and should stick with their day jobs. Today both of them found ways to put Trump down, and both were amateurishly muddle-headed.

In Katy Perry’s case, she called Trump “absolutely heartless” for daring to point out that state authorities’ gross mismanagement of forests is to blame for three large fires in California.

This is an absolutely heartless response. There aren’t even politics involved. Just good American families losing their homes as you tweet, evacuating into shelters. https://t.co/DJ4PN26bLZ

It’s all in the upbringing. Wikipedia’s entry says it all. Her parents were a pair of Californian hippies. Her mother was a Jimi Hendrix groupie, and her father pushed LSD. From there they decided to try their hand at being born-again Christians and dragged their daughter around like gypsies from one campsite to another while preaching the Bible. The hippy preachers depended on donations and food stamps, while Katy ate food meant for the churchgoers. She was a tomboy whose mother may have had mental problems, and Katy became an atheist.

What kind of nonsense did her hippy parents teach her about politics? To hippies, police were pigs, the ‘establishment’ was evil, and money was the root of all evil, so they probably taught her all the usual Leftist propaganda. Jumping from one school to another, wearing rags, being teased by other kids, learning would be difficult. Katy did learn how to sing, dance, and use makeup. 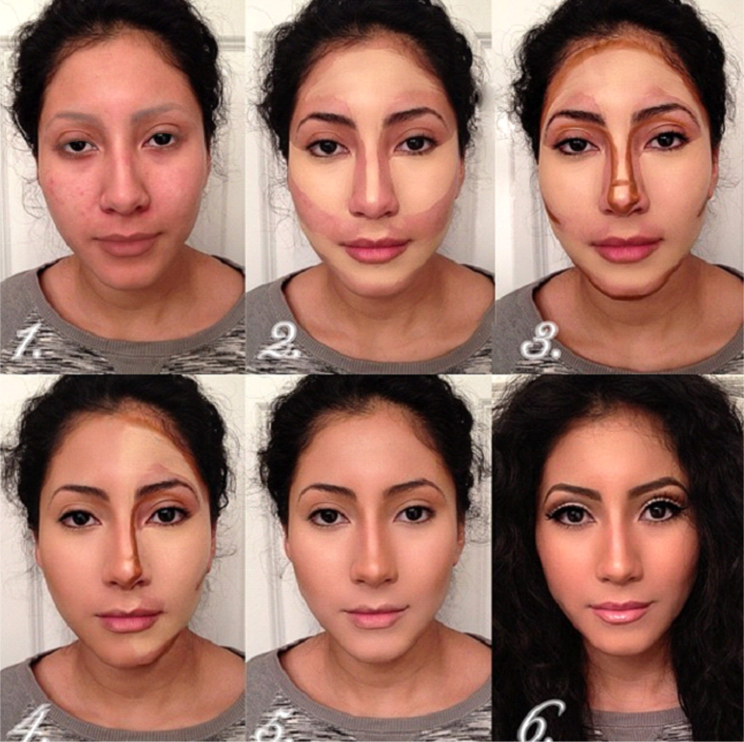 This shows how females use makeup to change their appearance. They paint a mask over their face that will ensure they catch a man. Afterward, the disguise fades away, and the male is left with what you see in frame one. 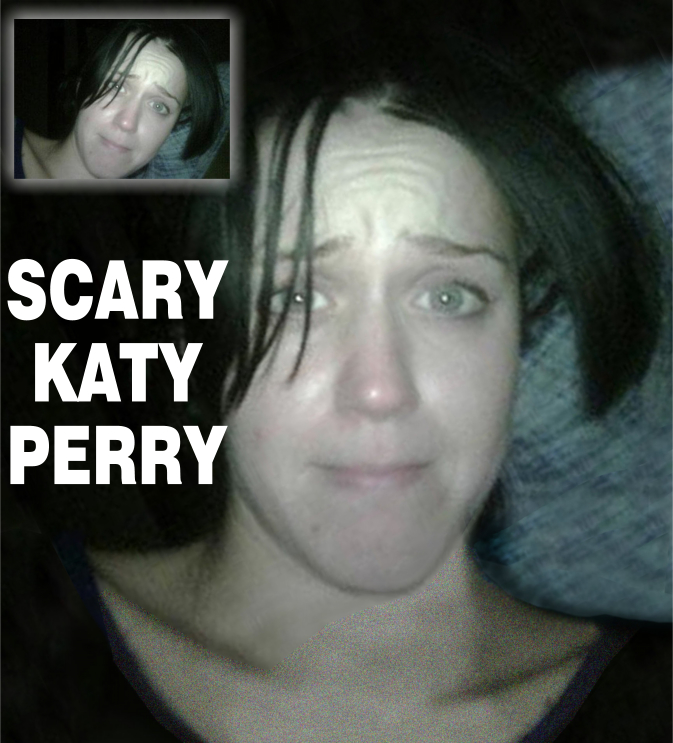 The small photo (upper left) was rotated and I filled in the missing parts, using the left neck and shoulder to mirror. This is what you would see if Katy Perry sat up in bed next to you.

Jim Carrey appears to be having some kind of mid-life crisis as he has taken to scrawling childish ‘rude pictures’ of Trump whenever the mood strikes him. Today he drew Trump as a horse’s ass, which can be seen here (backup here).

The man is a great example of how the Left loves to throw money away. He could make millions of dollars any time he likes by accepting a movie offer and getting back to work. If he hated the money, he could always give it to whales, or trees, but no, Hypocrite Jim would rather turn his back on all that money and do finger-painting instead. He could learn a lot from his President’s work ethic. Notice the microphone in the picture has ‘CNN’ on it, instead of ‘White House.’ 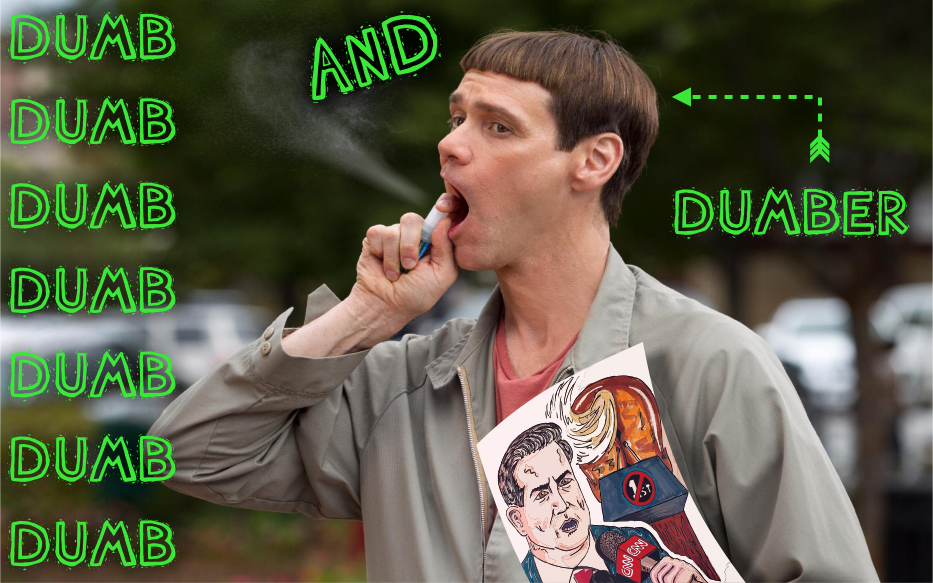