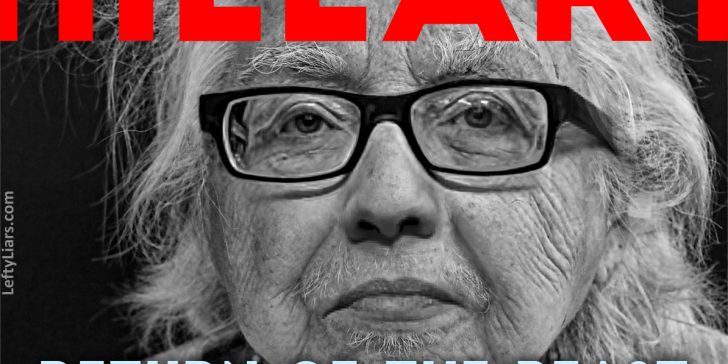 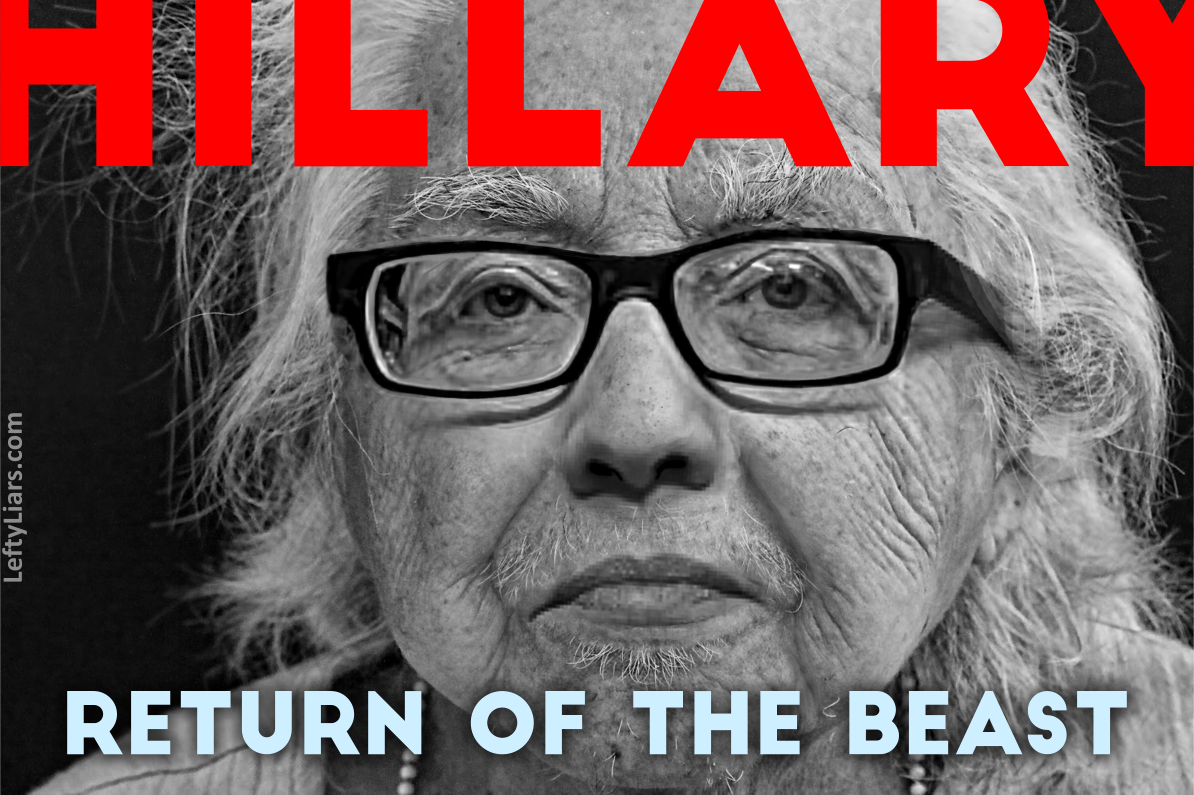 Conservative commentators have marveled about the lack of good Democratic candidates in the 2020 presidential primaries. They laugh at Biden’s ineptitude, Warren’s Peace pipe attempts, and Kamala Harris’ roasting by fellow apparatchiks for ‘past sins,’ yet none have considered that the clown show may be a planned distraction. Leftist ideologies rest on a foundation of lies, so why would we believe the play they are performing for us at present?

When I saw the line-up of Democratic candidates, I was immediately suspicious. It smelled fishy. How could they be serious about Biden? I noticed that Obama was keeping away and Clinton was invisible as Biden blundered around. Why was Fake News acting seriously about him being the leader?

It seemed like the DNC was playing us for fools. Lefties are very cunning, and I could imagine them developing an idea the DNC hierarchy might like. As I watched the hopeless socialist candidates parading around on stage in clown costumes, tripping over each other and honking their red clown noses, I wondered who would benefit from all this, and why.

The obvious answer was Hillary if she was planning a return.

In my opinion, Hillary’s marriage to Bill Clinton stays intact for political reasons. I think they pretend to like each other but have not lived as man and wife for more than a decade. If Hillary was indeed out of the ring politically, it is my view she would have issued divorce proceedings by now.

I imagined the following scene and will lay it out here. Although it is pure fiction and may be wrong, I would not be surprised if it was, to use Mona Lisa’s words, dead-on balls accurate.

Hillary:  I’m fine to lead, but physically, I just can’t take the campaign routine.
Advisor:  Mostly because of the back?
Hillary: My back, but also hips, knees, ankles, and just the strain in general.
DNC Leader:  But you think you would be okay to lead for four years?
Hillary:  Absolutely. Roosevelt was in a wheelchair, and he got elected.
Advisor:  True, he had a bunch of health problems, but he hid them from the public.
Leader:  The press helped him hide his paralysis, but today – –
Hillary:  Fox would expose my condition every day, and out on the road, it would be hard to hide.
Advisor:  Have you considered not entering the race until the last moment?
Leader:  A last-minute presidential candidate? Bah. That would never work.
Hillary:  Why not?
Leader:  Well, I mean, it wouldn’t give you enough time for the campaign.
Advisor:  True, but we could slingshot around the ‘hero effect’ to make up for the lost time.
Leader:  The hero effect? Is that a planet I don’t know?
Advisor:  See, first Hillary announces she won’t be running and we fill the field with useless tryhards, who do a god-awful job campaigning. Everyone will be commenting on how pathetic they are. Months later Democrat voters will be depressed and desperate. Then Hillary comes in as a last-minute candidate, saving the day.
Hillary:  [Grinning] Heh, that’s crafty. [imitates Jim Carey] I like it a lot.
Leader: I guess it could work. We’d have to hype up your return, go the whole ten yards.
Hillary:  Right up to election day. It’s a great idea.
Leader:  When would you make the hero comeback, though?
Advisor:  Start of Feb 2020?
Leader:  Which’d give her almost a year off, to practice her lines.
Hillary:  Excellent. My back can use the rest.
Advisor:  Even then, we’ll minimize walking. You could exit rallies by walking behind the podium through drapes, and straight into a wheelchair, beyond prying eyes and cameras.
Advisor:  Yeah, and we can keep the speeches brief too – say half an hour.
Leader:  Won’t that be a little too brief?
Advisor:  We could play introductory videos on big screens, so a pre-taped Hillary warms up the audience. Half an hour of that and half an hour of live talk should keep ’em happy.
Leader:  Who’ll run in the meantime?
Advisor:  Those who entered already, and a few more; all losers. We’ll have Bumbling Biden up front, followed by Soviet Sanders, Pocahontas Warren, Half-pint Harris, and Spartacus Booker.
Hillary:  Biden? Hah. Next to him, even Mueller looks sharp.
Advisor:  We’ll look ridiculous, but then your comeback will be all the more mind-blowing.
Hillary:  I’ll be the cavalry coming to the rescue. Yee-hah!
Advisor:  It could have a spectacular effect if choreographed right.
Leader:  We’ll have CNN and the Times on standby ready to lead the grand celebration that follows. All Hollywood’s biggest celebs will be there to tell the world how fantastic you are.
Hillary:  Sounds like a plan, and those guys can keep the cheering going for weeks.
Advisor:  Everyone will follow them on cue: TV, papers, mags, publishers, Hollywood.
Leader:  Old Sean Hannity will be showing chain vids of the hoorays.
Hillary:  Hah – he’ll have a brain hemorrhage on live TV.
Advisor:  Man, I’d give my eye teeth to see that.
Hillary:  Y’know, you guys have really cheered me up. Who wants a drink?
Advisor:  Make mine a double.
Leader:  A triple for me. I’ve got an interview on CNN later.
Hillary:  A toast to my return!

On March 4, 2019, Hillary Clinton told News 12, “I’m not running, but I’m going to keep on working and speaking and standing up for what I believe.”

Watch at the end of the video as she walks towards her car. Each step is precious.

So is Hillary going to return as a last-minute presidential candidate, early in 2020? It would not surprise me. Tucker Carlson and Sean should then say that the months of campaigning by the Democrat clown squad were just a set up for her return. It makes sense politically, promotionally, and psychologically, but most of all, it makes sense Clintonially. Using comrades as cannon fodder to boost one’s image comes easy to some people.

On the other hand, if this is true, there is no guarantee it will pan out because Hillary’s health may change between now and then. At her age, staying healthy is a daily challenge. If she takes a change for the worse, the Democrats can always bring in another surprise contender.

Who would that be?

Possible entries might include Michelle Obama, Oprah Winfrey, Tom Hanks or George Clooney, but I doubt any could beat Donald Trump, who has given Americans so much. Trump would defeat Michelle because she is not very bright, looks angry, and appears to have fangs. Oprah is a very talented TV host and interviewer, but like so many gifted celebrities, has little real understanding of politics. Trump would tie her up in knots and thwart her, costing her business and legacy dearly. Hanks and Clooney are great actors and very charming, but not the stuff of political metal. After a few rounds of debate and interviews, their appeal would begin to fade, and a loss would damage their careers and future movie prospects.

Hopefully, the DNC will put Robert De Niro up for the debates. I would love to see the stumble-bum beaten and humiliated by Trump. Once a respected artist, he has trashed his reputation forever by behaving like a petulant child.

Whoever the Democrats choose will lose. Trump should win with a more significant majority than any past President. If women, blacks, and Hispanics care about their children, marriages, bank balances, and jobs, they will join white men in voting for the greatest President ever.