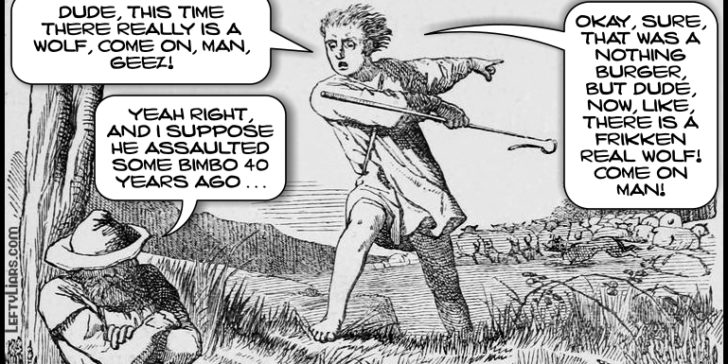 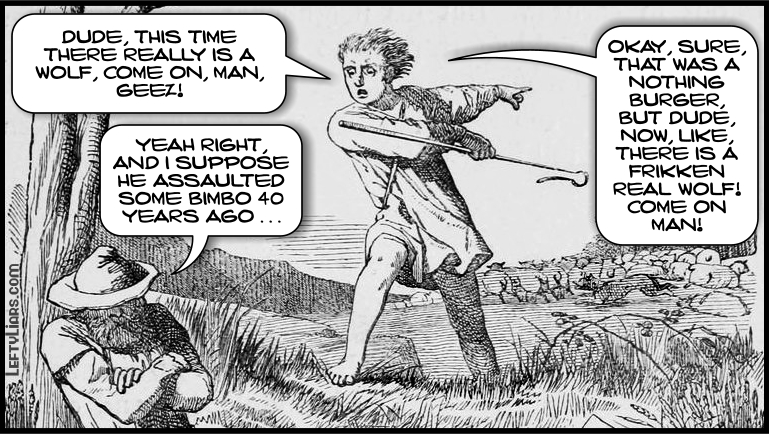 Real liars exist, as do fools, and reporters have a time-honored technique for handling them. Studying that method unveils much about their treatment of Donald John Trump. You might assume they would deal with liars and dopey people as they do with Trump, by constantly harping about those traits daily, but no, this is not how they deal with such people. Look again, and you will notice that reporters have used a different approach for centuries.

Their technique is to calmly interview the subject, allowing them to do most of the talking. The results are published, and the public soon sees that the person is a dishonest fool. There is no need to harp on about them being stupid. Good reporters would merely put the facts up and let people figure out the obvious on their own.

There was no need to insult the subject, change his words, insinuate, accuse, name call, or denigrate. The reporter was so polite that the person of interest would assume the reporter was on their side. When seeing an angry reaction from the public, such a person might ask the reporter for an explanation. “Why are they calling me stupid?” he would demand.
“Beats me,” the reporter would shrug, looking innocent.

They still do this today with real liars and fools, whose dimness is evident every time they talk, so they hang themselves with their own words. Reporters don’t hound them with accusatory headlines, chasing them around the clock, telling readers they are stupid liars every chance they get, like rabid stalkers, since there is no need.

On the other hand, how would they handle a political enemy strong enough to undo all the decades-long Marxist propaganda they’ve been promoting? A political enemy who was rich, scrupulously honest, highly intelligent, courageous, innovative, and fearless?

That would require a completely different approach. Just interviewing Trump and reporting what he said and did would soon make him a hero. On the other hand, if they told lies to discredit him, surely smart people see straight through that rouse. Eventually, yes, but in the meantime, maybe they could hold that off until the next election, or at least until the mid-terms in November. Perhaps they could regain the Senate. That made sense to wild-eyed desperadoes like Maxine Waters, Hillary Clinton, John Podesta, Chuck Schumer, Nancy Pelosi, Elizabeth Warren, Cory Booker, and Kamala Harris.

So Fake News would launch a war against Trump, using techniques they never use on real liars. These techniques were designed to take down a smart, good guy. A superstar. Their recipe was to:

That is much work, and Fake News is at it 24/7/365, in conjunction with the Democrats. They are working fanatically to fill our screens and the internet with as many lies as possible because if you throw dirt enough, some will stick.

This may be true, but there is also the fable of The Boy Who Cried Wolf, that Democrats and Lefty Liars should re-read. In the end, all their lies and fakery will come back to bite them where it hurts. Granny was right when she said, “Cheats never prosper.”