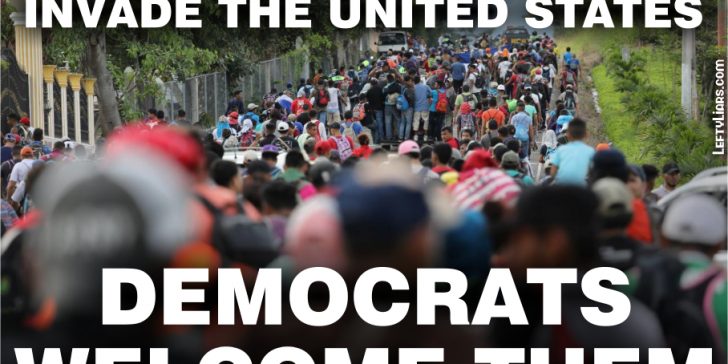 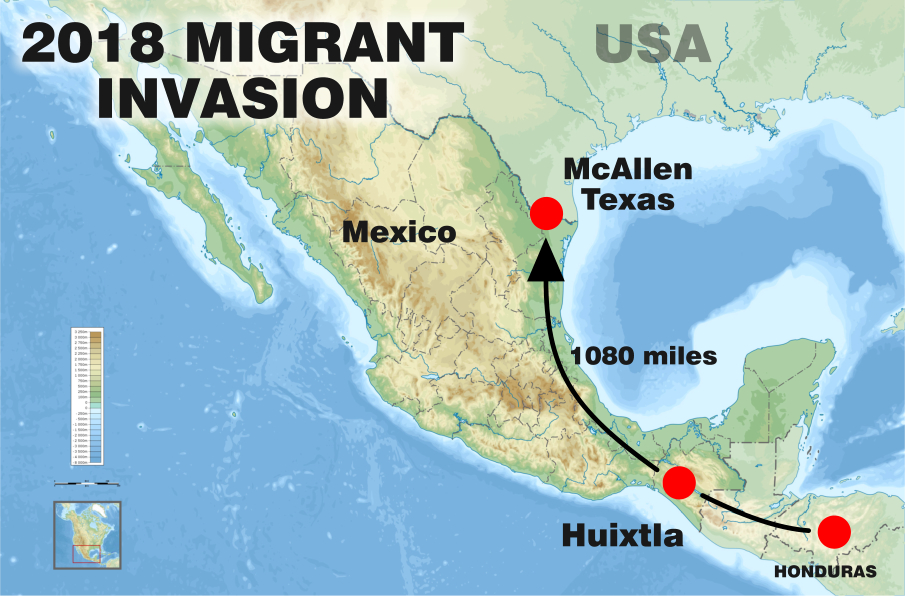 Democrats and their cohorts, the New York Times, Washington Post, CNN, BBC, NBC, MSNBC, and all the other Fake News commentators, are encouraging a 14,000 member Honduran migrant invasion of the United States. The Migrant Attack, which includes Hondurans, Guatemalans, Africans, Mexicans, Arabs, criminals, rapists, murderers, and thieves, crossed the Mexican/Guatemalan border and is currently in Huixtla, Chiapas, Mexico.

From Huixtla to McAllen, Texas is a 1080 mile walk, which would typically take about 29 days if they were walking 12 hours a day. To reach there before Election Day, Nov 6, which is only 13 days, would require extra help in the form of cars, buses, and trucks. Those are probably being funded by Democrats and their sponsors; people like billionaires George Soros, Tom Steyer, and a litany of others.

Fake News won’t reveal much about transport or vehicles. They concentrate on cherry-picking the very few women and children in the army of young men, to highlight them for sympathy. American women will hopefully see through this pathetic rouse, but now you know why people used to say no to women voting – it was because this tactic can easily sway elections. Women have strong maternal instincts that can be triggered using this technique. 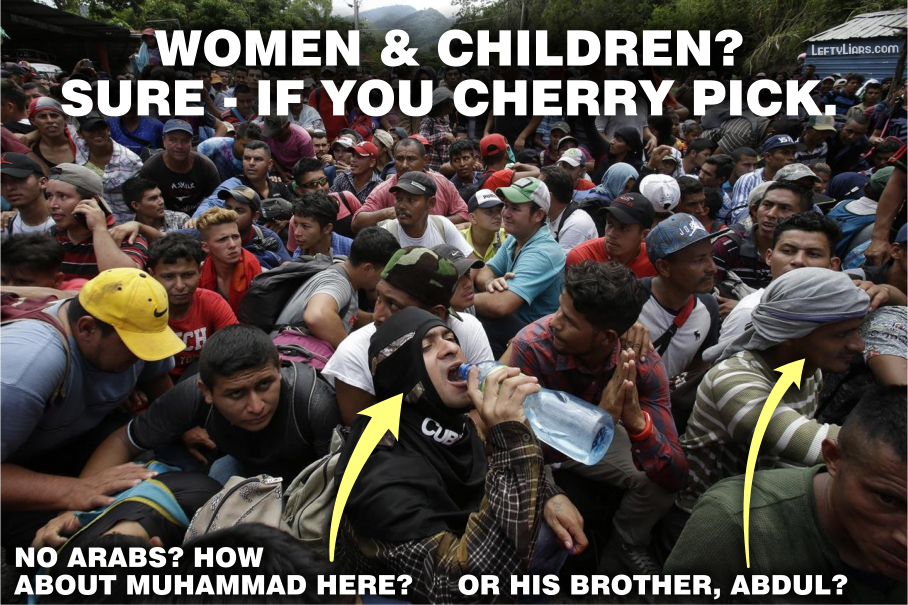 The New York Times and Washington Post have taken to sum up Trump’s descriptions of the invasion as being ‘unsubstantiated,’ which is nonsense. Trump pointed out that there were criminals, rapists, and Arabs among those in the migrant army, and Fake News responded by whining that he provided “no evidence” to back this up.

Why would Trump need “evidence” of something so obvious? Who would be more likely to join an illegal invasion of the United States? A law-abiding, church-going citizen of Honduras, working in a bank, with a wife and children, a man who never breaks the rules, or a shady homeless character who indulges in illegal drugs, pickpockets tourists and has been in and out of jail many times? The criminal has nothing to lose while the excellent citizen would usually prefer to apply legally to move to the States. The good citizen would dislike the idea of joining a mob of criminals and rapists to walk over borders illegally and face possible criminal charges for doing so. The criminals, on the other hand, have nothing to lose and everything to gain. For many, it would be an opportunity to escape Honduran authorities for crimes they are currently wanted for. Criminals not only have those incentives but also they would be thinking of all the things they can do to others along the way. They can steal, rape, and molest others with gay abandon. 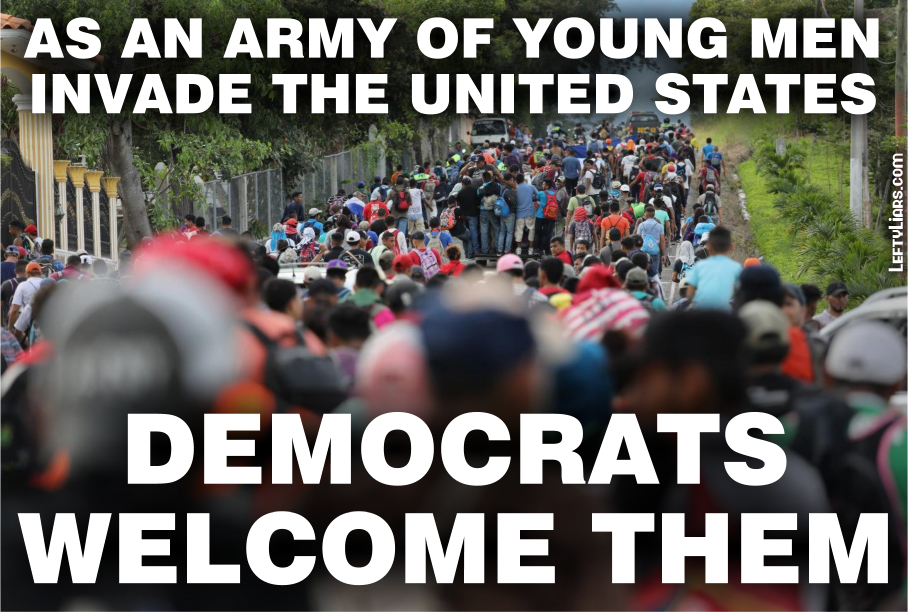 There is no doubt the invasion force is infested with criminals of all kinds, along with Muslim terrorists, rapists, pedophiles, and drug runners. Thieves and sexual deviates would be common, and for the Fake News to require “evidence” when they know that none of the invaders have any identity papers of any kind, is a good indication of just how fanatical the Left has become. Fake News and the Democrats have labeled this invasion as a “caravan.”

Feel free to use the graphics in this article, on this subject, to spread the word that it is NOT a caravan. It is an INVASION.