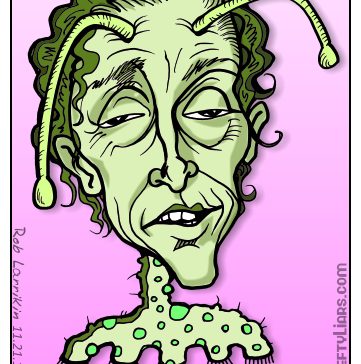 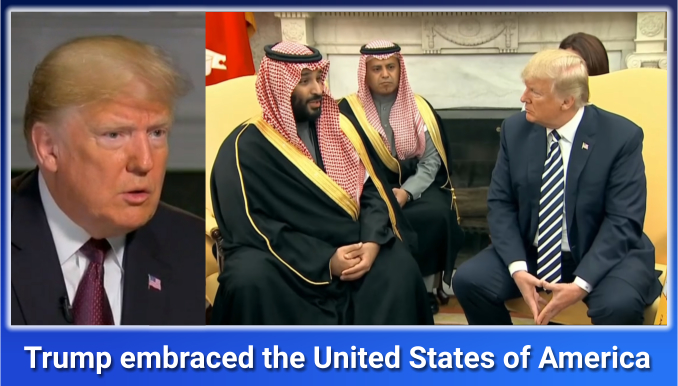 When President Trump made the wise choice to preserve America’s relationship with its ally Saudi Arabia, Democrats and their Fake News cohorts predictably went on the attack. They portrayed Trump as ‘standing by’ crown prince of Saudi Arabia, Mohammed bin Salman rather than by Saudi Arabia itself. They falsely implied that he ‘embraced’ an alleged murderer, whereas, in reality, he embraced the United States of America.

During an interview with Fox News’ liberal Chris Wallace, Trump said the Crown Prince had told him he had nothing to do with the murder of Jamal Khashoggi, and when asked if MBS lied to him, replied, “I don’t know. You know, who can really know?” He went on to say, “At the same time we do have an ally, and I want to stick with an ally that in many ways has been very good.”

Two days later Trump issued a White House statement that provides many great reasons to avoid ruining the relationship between Saudi Arabia and the United States.

He mentioned the war against terrorists, which SA is helping with, and that they have been a great ally in the fight against Iran. The President pointed to the $450 billion SA will invest in the United States, which would otherwise go to Russia and China, and the hundreds of thousands of jobs and great wealth it will create. Trump pointed to the intense action against those already known to have participated in the murder. Also mentioned was the fact that, after the United States, Saudi Arabia is the largest oil producing nation in the world, and that they have been very responsive to Trump’s requests to keep oil prices at reasonable levels, which benefits the whole world.

None of that mattered to Fake News, however, who could only whine and bawl, and bang their fists on their high chair, demanding revenge for their murdered comrade. Had Khashoggi been a Trump supporter or a wealthy businessman, Fake News would have forgotten the story in two seconds. They continue to harp about it because their journalist unions demand action in the name of Leftist solidarity! America can lose hundreds of thousands of jobs and untold wealth to avenge a fellow union comrade! All hail the union!

Here is a good example of the out-of-this-world misreporting of Fake News. Deirdre Shesgreen wrote this article today for USA Today. 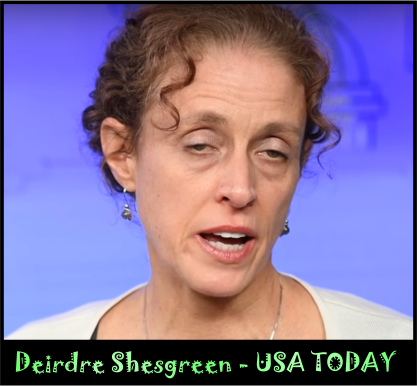 Full-throated? That’s quite a delivery. Let’s see how the word is defined:

“When you scream with all of the power you have, this is an example of a scream that would be described as full-throated.”

Well, according to Deirdre Shesgreen, Trump stentoriously cock-a-doodle-dooed his support for Saudi Arabia until his lungs fell out, but no Deirdre, the truth is that his support was purely diplomatic and cautious, unlike your reporting.

As he left Tuesday afternoon for Florida, Trump… touted the regime’s promise to purchase billions of dollars in U.S.-made weapons.

Wrong again. Trump was not “touting,” which means ‘attempting to sell (something), typically by pestering people in an aggressive or bold manner.’  The press was pestering him, and he was kindly answering them, as they touted all kinds of Fake News clichés. President Trump did not mention “weapons” in either the press gaggle Deirdre is quoting him from, or the interview with Chris Wallace, or the White House statement he issued. He mentioned billions concerning oil and military equipment, in different parts of the event. She uses ‘weapons’ because it sounds more sinister than ‘military equipment,’ but that is not reporting – it’s stagecraft. Deirdre Shesgreen needs to consider working as a scriptwriter for Hollywood rather than reporting news. With a name like hers, I would suggest science fiction. 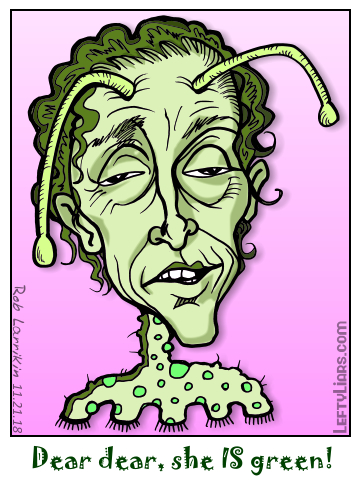