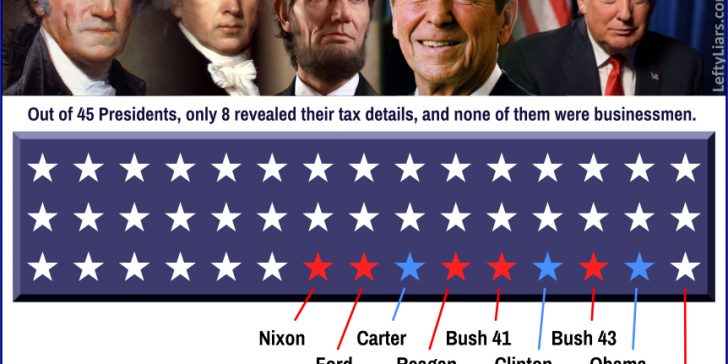 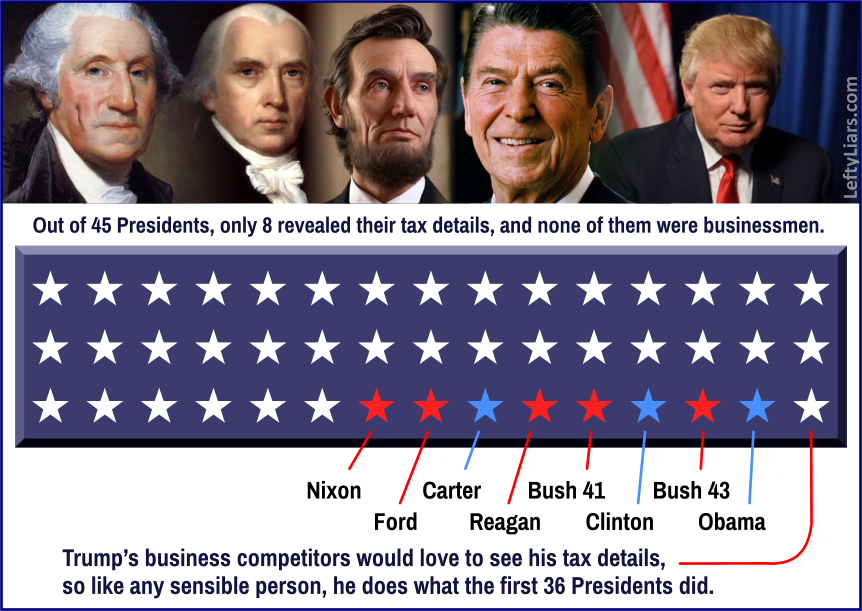 Kate Bolduan of CNN was up to her usual tricks on Wednesday, spraying Fake News and Trump Derangement Syndrome at the TV cameras. She attacked Trump on several issues, and then said the following:

This is a President who hides his tax returns, doesn’t release them at least, Whitehouse visitor logs, his phone calls with world leaders, and he refused to sit down with Bob Mueller and let’s not forget the fact that today is the 44th day without a press briefing from The White House. That is a record, and the President’s Defense Department and State Department are also dialing back briefings. In fact, next month will be one year since a Pentagon spokesperson briefed the press on camera. That is not transparency, something the President, if he doesn’t care about, sure talks about a lot. Well, there’s definitely been a lot of history made with this current President. Being the most transparent, he is so clearly not.

Bolduan:  This is a President who hides his tax return, doesn’t release them at least,

In this case, Kate should learn that ‘transparent’ means regarding his work as POTUS, and such work has nothing to do with his taxes. Out of the forty-five Presidents so far, only eight volunteered to release *tax details, and **none were businessmen. Trump’s business competitors would love to see his tax returns, so like any sensible person, he does what the first thirty-six Presidents did.
*Democrats are not restricting their demands to just income taxes. They want all Trump’s taxes released, including company taxes. The United States imposed income taxes for a period during the Civil War and the 1890s, and permanently from 1913 (16th Amendment).
** Jimmy Carter gave up his Peanut Farm upon becoming POTUS, so he was not a businessman. Trump retained his financial stake in the business.

Part of being the commander-in-chief of the United States Armed Forces, at war with terrorists worldwide, is being security conscious. Trump has stated time and again that he will not volunteer information to enemies to help them undermine the United States, and that includes Fake News, who release the data anyway, by hook or by crook, thus undermining U.S. security. So why is Bolduan whining?

Again, Trump is the commander-in-chief of the United States Armed Forces, at war with terrorists worldwide, being security conscious. Kate might want to memorize that one. When The Donald says he is a transparent President, he means everything but security matters, since they must be kept secret by their nature. That goes without saying until womyn like Kate Bolduan enter the scene. Then you must mansplain!

Bolduan: and he refused to sit down with Bob Mueller,

Now Kate is confusing transparency with self-defense. President Trump gave Mueller access to everything; millions of documents, files, computers, whatever he liked. Even with all that, Mueller could find no dirt on the President. Mueller would accuse elderly people of lying when they forgot some small detail. Trump’s advisors knew Mueller would use that school-bully tactic to charge their boss with lying, so they advised the POTUS to avoid oppressive sessions with the man. Mueller is a close friend of James Comey, who wanted to destroy the Donald, and Mueller had conflicts of interest that should have disqualified him as an investigator. Even transparent Presidents like Trump have a right to defend themselves from bullies like Mueller.

Bolduan: and let’s not forget the fact that today is the 44th day without a press briefing from The White House. That is a record,

Distraught Kate fails to see the big picture. Fake News killed the so-called ‘press briefing.’ It is now the ‘Jim Acosta Rant Fest.’ What is the point of it, other than to provide Lefties a chance to insult the POTUS? I am amazed he continues it at all, but it is probably to humor Rupert Murdoch and Fox News since they provide some objective reporting. Once again, that is self-defense. Trump continues to communicate his ideas openly by tweeting his views every day, which far-left CNN wanted him to stop. They were not used to such clarity in a President.

Bolduan: and the President’s Defense Department and State Department are also dialing back briefings. In fact, next month will be one year since a Pentagon spokesperson briefed the press on camera.

It is easy to understand why. Fake News does not report the news but makes it up. If Donald Trump briefed the so-called press about how he raised the Titanic, transplanted the first brain, discovered immortality, built a bridge to the moon, and cut himself shaving, the ‘press’ would make a nothingburger out of the shaving accident and ignore the rest. All we would hear for the next decade is how Trump cannot shave. Fake News has ignored all the hundreds of amazing accomplishments President Trump achieved already while having his hands tied by the many cheap tricks Democrats employed.

Bolduan: That is not transparency, something the President, if he doesn’t care about, sure talks about a lot.

Kate should learn the difference between transparency and defense. As for Trump’s openness, he must talk about it since Fake News never will. While he tweets all his thoughts transparently, letting us all know what he is doing and what he thinks, CNN turns its back and pouts.

Bolduan: Well, there’s definitely been a lot of history made with this current President. Being the most transparent, he is so clearly not.

There has never been a more see-through POTUS unless it was Lincoln. Most of them uttered well-rehearsed lines written for them by minders, intent on keeping any personal views of the POTUS confidential. President Trump’s best features are his honesty, transparency, positiveness, confidence, loyalty, self-assurance, youthfulness, sense of humor, bravery, boldness, valor, nerve, gallantry, spunk, determination, backbone, and grit. He is unafraid of socialist bullies, lying journalists, and overseas tyrants, saying what he thinks, never hesitating to tell the truth, and has no second thoughts about any of this behavior. For a POTUS, he is a breath of fresh air.

For this reason, his enemies go to considerable trouble to paint him as a liar, fool, weakling, and now, non-transparent. These lying wretches are very transparent themselves. The difference is that they do not want to be open; Trump does.

So, who is this knucklehead Kate Bolduan, anyway? 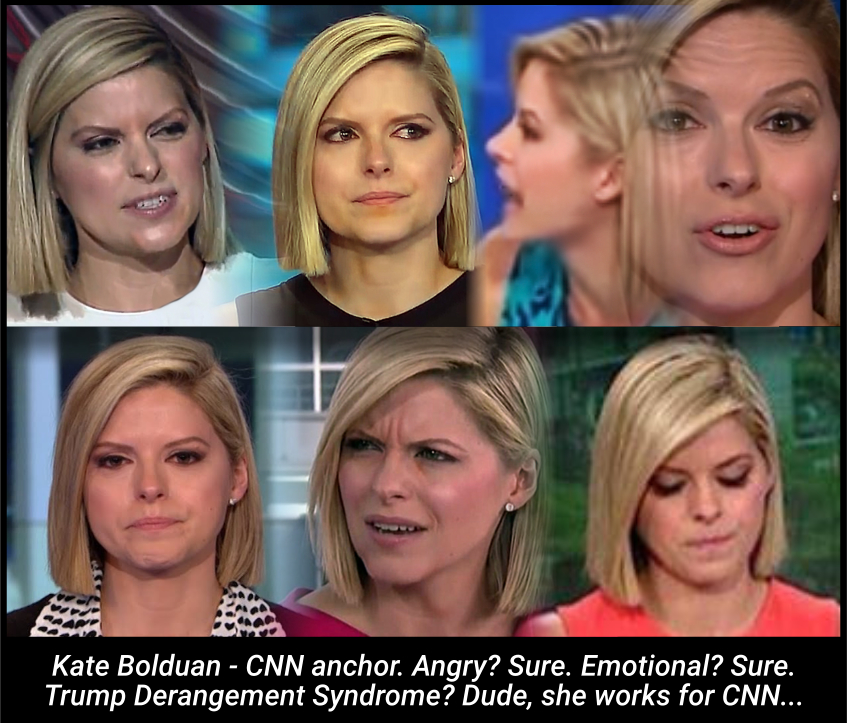 Kate was born July 28, 1983, in Goshen, Indiana (’83 pop. 20,000), making her almost 36 years old. The year before her birth, her father, Jeffrey Bolduan, a Detroit urologist (a specialist of urinary organs in females and the urinary tract and sex organs in males), pled guilty to Medicaid and Medicare fraud.

Instead of going to jail, Bolduan’s medical license was canceled, and he received two years’ probation along with a $13,000 fine. After moving to Indiana, the Indiana Medical Licensing Board imposed an emergency suspension on his license and instructed the attorney general’s office to proceed against him. The IMLB suspended Bolduan’s license for 90 days.

Growing up in Goshen, Kate Bolduan may have noticed her father in the news occasionally as various people filed malpractice suits against him.

“A letter of reprimand was put in Bolduan’s file. He agreed to attend a weeklong class on doctor-patient communication.” Bolduan kept his license with one restriction – “he will no longer perform a certain procedure on infants.”

Hmm. Urologist. Infants. Procedure. Banned. Does it sound ominous to you too? Just before Kate’s 11th birthday, her father was in the news again, when he and Kate’s mother, Nadine Bolduan, were involved in a horrible accident in Syracuse Lake, where they owned a second property, a waterfront house at 500 Medusa Drive.

According to newspaper reports, Kate’s parents were racing their jet skis recklessly on the lake where children were riding inner-tubes. Jeffrey almost struck an adult man, and Nadine hit two girls, nine and ten years old. The nine-year-old sustained horrifying injuries and subsequently died, and the ten-year-old went into a coma, eventually recovered, but was severely brain-damaged. Police charged Nadine Bolduan with reckless homicide and criminal recklessness. The matter went to a civil lawsuit in 1995, after which the Bolduans paid more than $1 million in restitution.

The slain girl’s parents proposed Senate Bill 374 that would make boating safer for bathers and swimmers and would include the suspension of driver’s licenses of those riding motorboats while intoxicated. Since riding jet skis drunk was not illegal, there was no requirement for breath testing after fatal accidents. Their bill was defeated 68-29 in the Indiana House of Reps.

Driving cars drunk was illegal, and when Kate Bolduan was 28, in 2012, her mother, Nadine, had a head-on collision with a Buick driven by Paul Fought of Ligonier. 59-year-old Fought said he almost died, enduring a concussion, three brain bleeds, a compound fracture in his left femur, a torn rotator cuff, and nine surgeries. Police obtained a search warrant to procure a certified breath test from Bolduan, which showed a blood alcohol content of .19% – 2.375 times the limit of .08%. Nadine Bolduan was jailed for a year in 2013 for driving drunk and lost her driving license for five years. Kate was not in the courtroom when the sentence was handed down.

The Bolduans’ ancestry is Belgian. Kate grew up in Goshen, Indiana, a small town out in the sticks. She attended a public high school there, which shaped her into an enthusiastic liberal. A university in Washington D.C. finished off her propaganda with a BA (we call it a Brainwashing Award) in journalism. Thoroughly indoctrinated at 24, she began working at CNN. Although married to Michael Gershenson, Kate did not take his surname.

Many feminists do that these days, probably because they want to avoid ‘being submissive’ to a man. Unbeknownst to them, sharing your husband’s surname is to avoid confusion and make paperwork easier. When I first saw Kate ranting on CNN, I wondered what was wrong with her. She has wept a few times on air and may have anger management issues. Looking at her history, I think I understand a little more.

You may say, “So what? Can’t a person have an opinion regardless of what their parents and background are like?” Of course, but what if Trump’s parents were like Kate’s? Would she use your approach of leaving them out of the picture? No, Fake News would go to town on such information, rubbing it in endlessly. What’s good for the goose is good for the gander.