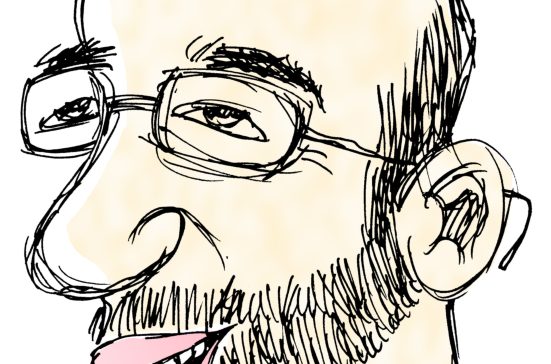 Decades ago, the Fifth Column turned schools and colleges into Dumbing Down Centers, so now young to middle-aged liberals no longer care about quality news. Nor do they mind who presents it or how experienced the reporters are. News Networks hire dim-bulbs and child-like adults to write news copy for papers or TV. It saves Networks money as childish college grads will accept much lower wages than forty-something journalists with 20 years’ experience.

The problem is that immature children trapped in adult bodies do not understand very much about the world, so their ‘news’ is dull-witted and ridiculous. Yet it is happening all around us. Thanks to feminism, every girl can be an ‘expert’ on whatever she likes because nobody wants to be called a misogynist. She can write about subjects she knows nothing about, and few people object.

I throw a line in the river of news online and immediately catch a ridiculous story by an “Associate Producer” at CNBC. If he is an associate producer, he must be good, right? I am picturing someone like this: 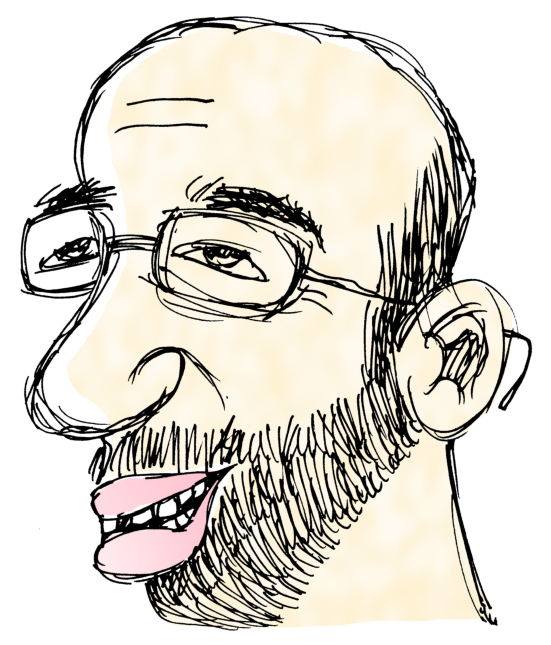 Some dude who went to college in the late ’90s, with a poster of Obama on his living room wall. He would be balding, wear an ear stud, and hate Trump with a passion. Although a Lefty, he might be skeptical about some of the things he was taught, and his marriage would probably be fraying at the edges. His fat feminist wife would be threatening to leave him, take the kids, and make him pay alimony. He has a couple of decades of experience in his work and has learned to double-check some of the stuff he writes before publishing it.

What I am not expecting is somebody with very little understanding of anything. Jaden Urbi is from Cedar Rapids, Iowa – out in the sticks. On her Facebook page she lists just one movie as a favorite; Minions, so I assume the above photo of Urbi is taken in front of her bedroom door. Under ‘Likes,’ she lists The Young Turks. Here are some of young Urbi’s tweets: 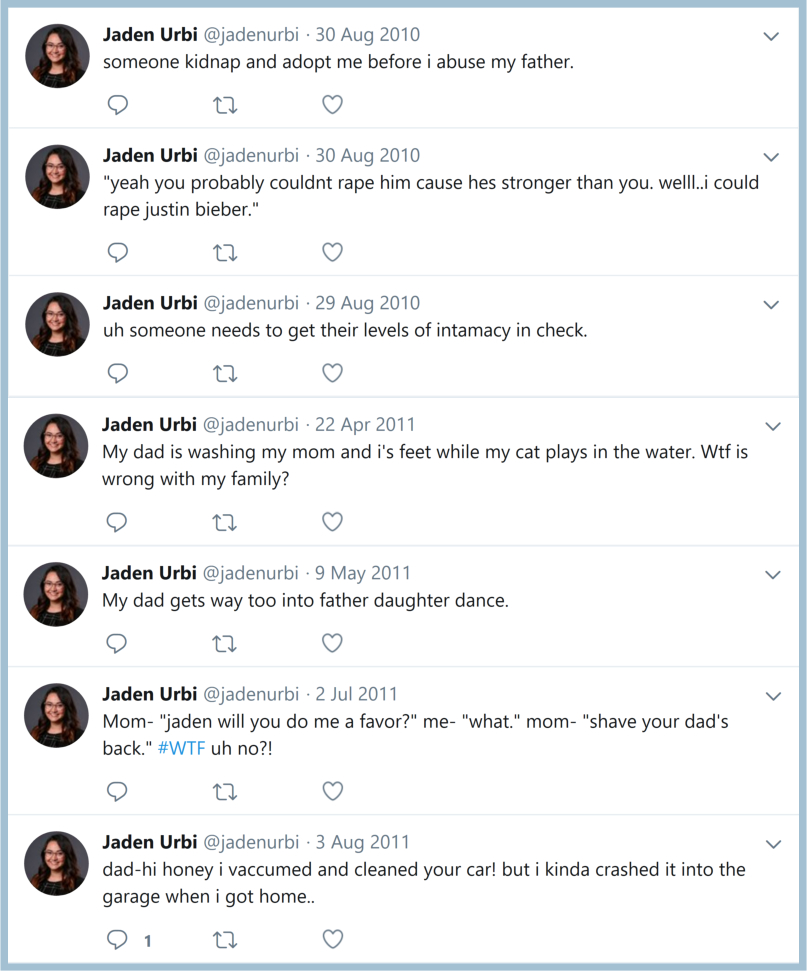 Miss Urbi seems like a nice girl, but how much does she understand about the world and politics? 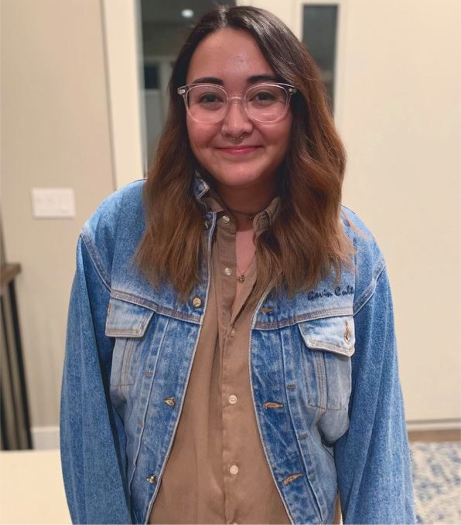 When I saw the video Urbi produced today for NCBC, I was shocked because very little of what she said was sensible or correct. See for yourself. Her words are in blue, and I reply to them:

Whether stacked brick by brick, sculpted from corrugated metal, tubes, barbed wire, concrete, or drywall, a wall in its most basic form, is a physical barrier.

How many CNBC viewers are unaware that walls are barriers?

Maybe it supports a roof, protects a town from floods, or separates your bedroom from the living room. In isolation a wall is not political.

Define ‘in isolation.’ Which walls are ‘in isolation’? Walls themselves are never political; people are political. You probably mean that some walls are not the subject of politics. So what? You need to get to the point. What are you trying to say?

But a wall can also keep people out, hold people in and almost always creates some sort of divide.

Jaden, is there any wall that does not create some sort of divide? Point to an example if there is.

It may have become a landmark, but the Great Wall of China is still a defense system. Every year many thousands of people would cross the border into China illegally were the wall not there. Each person stopped by the wall is another example of its functioning defense. It would also force any ground-based military to enter at certain points, restricting their movement, which is a practical defense. But what would you know about military matters? You’re more interested in your cartoon Minions.

In Berlin, it was an infamous blockade,

Yes, and it was built by Socialists like the Democrats you support. They are opposed to Trump’s wall because they want illegal immigrant votes, but Socialists worldwide love walls for keeping people prisoners.

and in America it’s an emblem of a fiery, divisive, political debate.

And sometimes, when a wall is built, it eventually comes crashing down.

Sometimes? That would be most times. Few women know much about wall construction or demolition. Like most structures, a wall will someday need replacing. Men let them fall to break them up, which is cheaper than chiseling each brick out and carrying it down a ladder. The rubble is cleared away, and a new wall is built. Did you ever haul bricks up or down a ladder, Jaden? Ever made a stud wall, including bottom plate waterproofing, wires, plumbing, insulation, and drywall? I promise not to write essays about dresses, bras, high heels, or cheerleading if you promise not to write videos about walls.

President Trump wants to build a wall between the United States and Mexico,

Correction sweetie; President Trump is building a wall between the United States and Mexico. The wall is underway, as you can see here and here. There are three different construction sites to spread out the project, but Trump does not like to broadcast details since the Left would sabotage work in progress. Also, the Left is trying to slow him down with court challenges, and some RINOs in the GOP are doing the same. None of that alters the fact that work has begun on the wall.

but what will it really accomplish?

To find out, you can try an experiment with your walls. You live in Brooklyn, New York, so let’s imagine you share a two-bed, two-bath apartment, like this one: 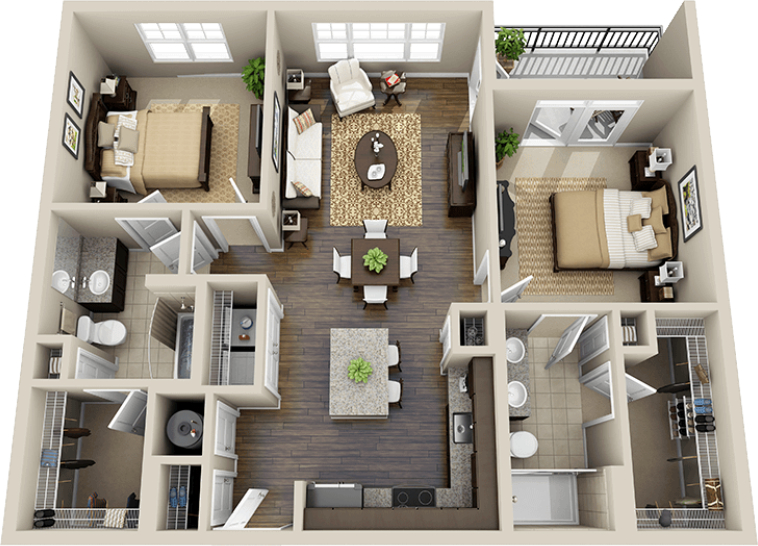 The walls and doors in your apartment give you privacy and security. If you like, you can remove them. After all, many Latin American illegal immigrants and criminals out there need somewhere to go. Once your walls and doors are removed, anyone can walk through the front door or back terrace. You will be visible to them while dressing, showering, or using the bathroom. Latin Americans will parade through, enjoying the sights. You might be changing your tampon in what used to be the bathroom when two big Mexican guys turn up, laughing.  One will take a shower while the other sits on the toilet to evacuate his diarrhea filled bowels.

While some Chileans began eating your groceries, a group of Hondurans would use your bed to take a nap. Once the bathrooms were full of Venezuelans, one guy from Guatemala would take a dump on your living room floor. All this would be fine because, after all, they are illegal immigrants. You will be happy to help such poor people.

So readers, who thinks Jaden Urbi will remove her walls, doors, locks, and windows? At the moment, they keep illegal immigrants, criminals, and riff-raff out of her home. That is all her President wants to do for America. Jaden thinks he is immoral to build a wall, so will she put her money where her mouth is and remove all her barriers? If not, why not?