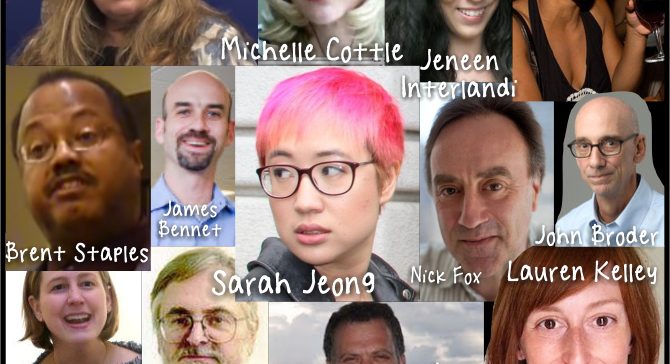 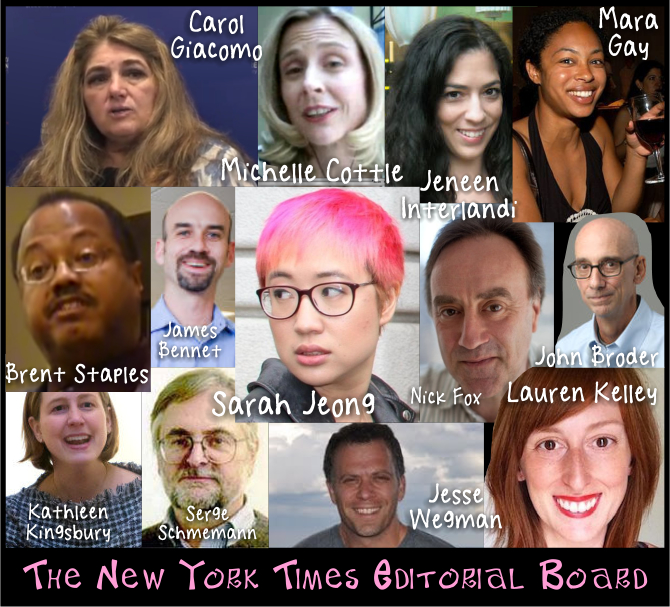 Over the weekend President Trump posted a tweet that referred to Californian Democrat Adam Schiff as “little Adam Schitt.” The nickname had Fake News rising up on their haunches to blow raspberries at Trump in defense of Schiff. Whenever I see Schiff being interviewed by Tucker Carlson I fast forward through the interview because as far as I am concerned if his lips are moving, he is lying. I think he is a splendid example of an NPC, and Trump has an excellent reason for describing him the way he did.

I was not surprised to see the New York Times respond, as no doubt Schiff would be one of their favorites. The Editorial Board published a whiny article that could be summed up in a few words: “We hate you and stop defending yourself. Waaghh.” As you can see from the photos of them, the NYT editorial board is not exactly a collection of sage old men of the world. They look like the boys and girls you might find at a Frat Party. I just find it hard to believe anyone would take this clan seriously.

President Trump is trying to wear down America with childish name-calling. Let’s not fall for it.

Are you guys kidding? You have called Trump every childish name in the book. In this article alone you said or implied he

You say he is guilty of childish name-calling? All you do is laze about all day hatching preposterously silly jibes to lob at your President. You run an insult factory with one subject only: Trump. Half of you will need a dictionary to figure out what I just said. You are pathetic.

Trump is none of the things you describe. He does not lie. He is not stupid. On the contrary, the man is much smarter than you, which is why you have to fabricate so many lies about him.

The problem is that your own politically correct rules have handicapped you. You cannot hire on merit. You must hire people based on sex and color, so a number of your reporters are dimwits.

I was going to address more of your article but once I extracted all the names you called President Trump, there was very little left. The rest was only there to hold the insults together.

The very last sentence of your article was, “In the grand scheme of things, who really gives a Schitt?”

So you ended up using the same gag – the one you were so upset about Trump using. Which Brainiac in your team thought of that? I bet it was Sarah Jeong, the foul-mouthed racist you placed on your editorial board. Once she becomes the editor you can rename your paper to the NPC Times. 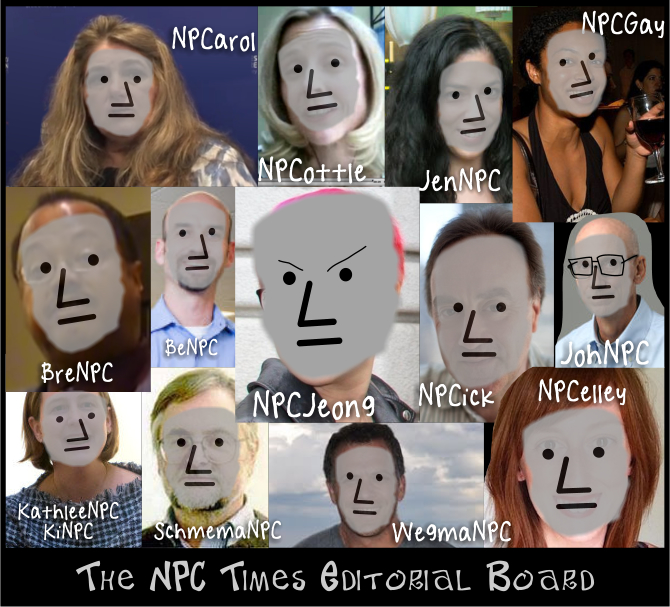