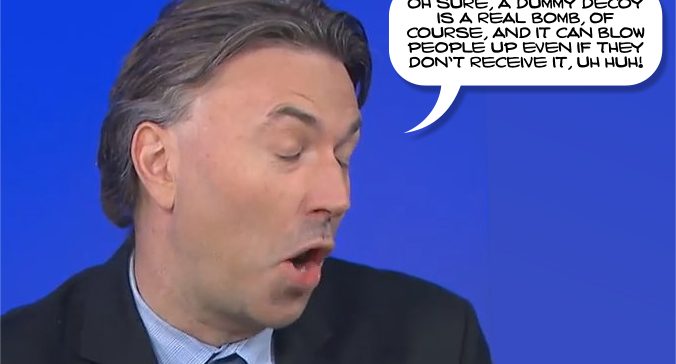 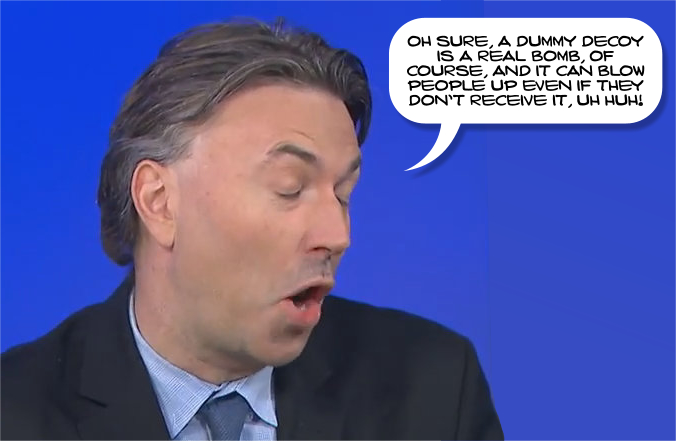 Americans are reading anti-Trump propaganda written by socialist graduates of the University of Leeds, West Yorkshire, Northern England. David Smith is an English journalist, based in Washington, who writes for The Guardian. He graduated from the University of Leeds, like CNN hipster, Jack Guy. From 2010 to 2015 Smith was based in Johannesburg, South Africa. Now he is Washington bureau chief of The Guardian, writing your news, like this article about Robert De Niro’s views on Donald Trump, two days ago. Under the heading, “Robert De Niro: ‘Trump is a real racist, a white supremacist,’” Smith wrote [emphasis mine]:

Here, with Orson Welles and Spike Lee on the walls, and James Dean and Natalie Wood on the doors to the toilets, is where Robert De Niro might have died. In October, a pipe bomb addressed to the actor was sent to the New York warehouse where his film production company hugs an atrium dotted with vintage movie posters.

“Might have died” and “pipe bomb” are fake news since the item was a harmless decoy. For those who think actual bombs were sent to De Niro and other Trump haters; they were dummies, and many believe it was ‘false flag operation because it conveniently happened just before the mid-term elections, 2018. None of the decoys were bombs, but Fake News refused to call them fake, labelling them pipe bombs instead, and blaming them on Trump. This probably did lose Trump votes, and you can expect similar lies from the Left every time there is an election because their bag of dirty tricks is overflowing.

A security guard found the suspicious package in the mailroom at 5am and police vehicles swarmed the Tribeca neighbourhood before dawn. De Niro got a call from security early that morning telling him the pipe bomb was being removed. “Naturally you are concerned,” he says phlegmatically. “It’s just what it is. Just be careful.”

Wait – so De Niro might have been killed by a fake bomb he never received? The decoys were intercepted before their targets opened them because the senders made the packages look suspicious, with missing postmarks, misspellings, etc. The senders wanted them to be intercepted.

So having started his article off with lies about how De Niro might have been killed by fake bombs that never reached him, Smith continued:

Cesar Sayoc, a bodybuilder, pizza deliveryman and fanatical supporter of Donald Trump, was subsequently arrested in Florida and charged with sending a total of 13 pipe bombs to Barack Obama, Hillary Clinton and other critics of the president. De Niro says only: “There are a lot of crazy people out there. Everybody’s got their reasons.”

Cesar Sayoc was a member of the Democratic Party and did not follow any Republicans or conservatives on Twitter, choosing instead to follow left-wing personalities like Lena Dunham, Jimmy Kimmel, and Barack Obama. He was made to look like a Trump supporter by anonymous Lefties, intent on creating a false flag to help Trump lose the 2018 midterms. He (or they) sent fake bombs, not pipe bombs, despite Special Agent David Brown describing the dummies in his charge sheet as IEDs.

Even left winged Wikipedia knows that an IED has five components: a switch (activator), an initiator (fuse), container (body), charge (explosive), and a power source (battery). The activators and initiators were missing from the fake bombs supposedly sent by Sayoc. In some cases, there was no charge either. The packages were not disguised either and stood out like sore thumbs.

An IED minus activators and initiators is no IED, as a bike without wheels is no bike. Imagine what agent David Brown would say if the FBI ordered a bunch of IEDs themselves, and they arrived without activators or initiators.

Brown:  None of the IEDs you sent came with switches or fuses!
Arms Ltd:  We don’t supply activators or initiators, sir. Union rules.
Brown:  Without switches or fuses they are not IEDs, they’re junk.
Arms Ltd:  Um…
Brown:  I’m sending this pile of crap back [Hangs up].

Yet when it comes to fake bombs before the midterms, Brown labels them IEDs. Obviously, Cesar Sayoc’s attorney will have that description thrown out in two seconds, but the midterms were what mattered, and they are ancient history. 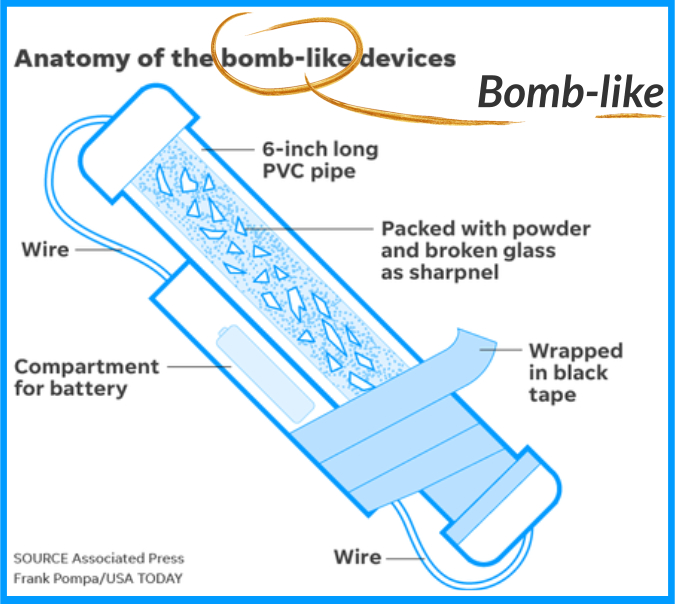 Back to David Smith, who continued his fake news, writing:

How did the double Oscar-winner find himself on a hit list alongside Obama and Clinton?

When the Left choreograph a ‘false flag’ operation, they know they need to keep it interesting. Any actual attack on the Left would not include punchy has-beens like De Niro since they do not understand politics, to begin with, but including De Niro would attract a broader audience.

The short answer is that De Niro has become one of the most colourful, pugnacious and unsubtle decriers of the Trump presidency.

True, pugnacious and unsubtle are appropriate adjectives for Punchy – a name Trump uses for a good reason. Pugnacious Punchy has a ring to it. Maybe a cartoon character called Punchy Pug would work – if one of you budding artists would like to make it look like De Niro, send it to [email protected] and we will publish it.

The late politicisation of De Niro is all the more remarkable because of his reputation as a man of few words, notorious for responding to journalists’ questions with terse monosyllables.

Politicization? Many say De Niro understands less about politics than Bruce Springsteen. That would explain the monosyllables… 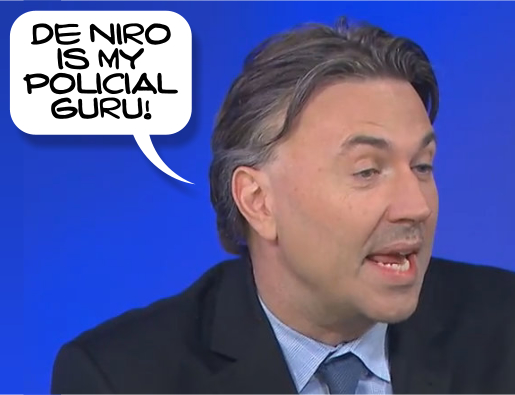 Here is a multiple choice question for David Smith: You enter a New York bar’s bathroom and are standing at the urinal draining the lizard when the drunk beside you begins ranting, “F*** Trump! F*** Trump, f*** him, that rat, that no good dirty f***ing dog, f*** him, the pig.” As he continues ranting, you finish up, wash your hands and go back into the bar.

Which of these would describe the guy best?

Be honest Smith. Out of those choices, you would pick D, so why are you telling us that Punchy is intellectual, colorful and politicized? Perhaps after five years in South Africa, you no longer know the difference between a punchy stumble-bum and a political intellect. Might a return to Khayelitsha to write about open street toilets again be in order?

De Niro, who has six mixed-race children, admits: “Yeah, I worry, and one of my kids is gay, and he worries about being treated a certain way. We talk about it.”

De Niro’s father was gay, his kid is gay, and some wonder whether De Niro is a closet gay himself. His obsession with Trump could be interpreted by Freud and Jung as a father complex, “which may be either positive (admiring and seeking out older father figures) or negative (distrusting or fearful).” If true, then in De Niro’s case it would appear to be the latter.

De Niro is speaking just after Trump has described his longtime lawyer, Michael Cohen, as a “rat” for cooperating with federal investigators…

Remember, Michael Cohen only became a “Rat” after the FBI did something which was absolutely unthinkable & unheard of until the Witch Hunt was illegally started. They BROKE INTO AN ATTORNEY’S OFFICE! Why didn’t they break into the DNC to get the Server, or Crooked’s office?

Trump put quote marks around the word Rat, with a capital R. It means he is not calling him a rat the way people usually do. Here is a translation for West Yorkshire journalists:

Remember, Michael Cohen only became what many New Yorkers would call a rat, after the FBI did something which was absolutely unthinkable… 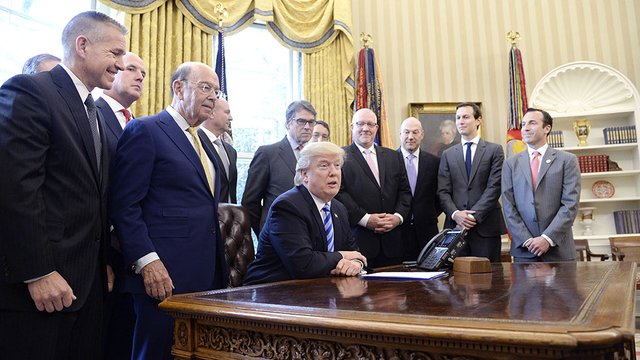 Moreover, Smith makes it sound like Cohen was a very close attorney, but in fact, Cohen was just one of the hundreds of lawyers Trump or his companies employed. Additionally, Trump was not angry at Cohen for cooperating with federal investigators, as Smith alleges, but because, according to Trump, Cohen lied to those running an illegitimate witch-hunt against him.

[De Niro] muses: “I mean, a mob boss calls people ‘a rat’. That means you lied and somebody snitched on you, so you did commit the crime. So that’s interesting and he makes mobsters look bad because there are mobsters who will shake your hand and keep their word. He can’t even do that.

Neither David Smith or Punchy appear to know the difference between the verb rat and the noun rat. The verb means “to tell someone in authority (such as the police) about something wrong that someone has done.” A mob boss would use the verb. The noun means, “a person who is not loyal or who cannot be trusted; a person who is bad or cruel,” and anyone, from a nun to a kindergarten teacher uses the noun ‘rat.’ When a ballerina finds her husband in bed with her best friend, she calls them both rats. Trump used the noun and put it in quote marks. He handled it with tongs to avoid fake news, but Fake News lied about it anyway, such is their desperation.