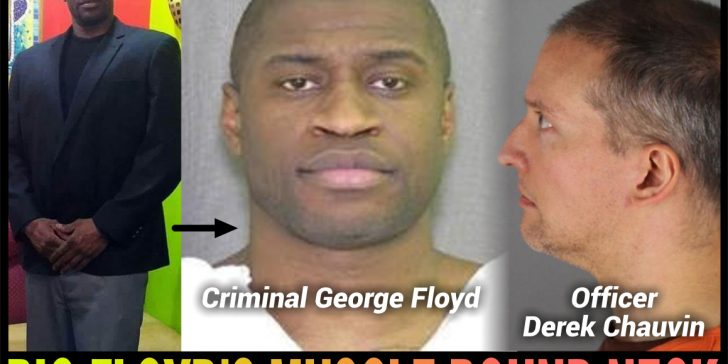 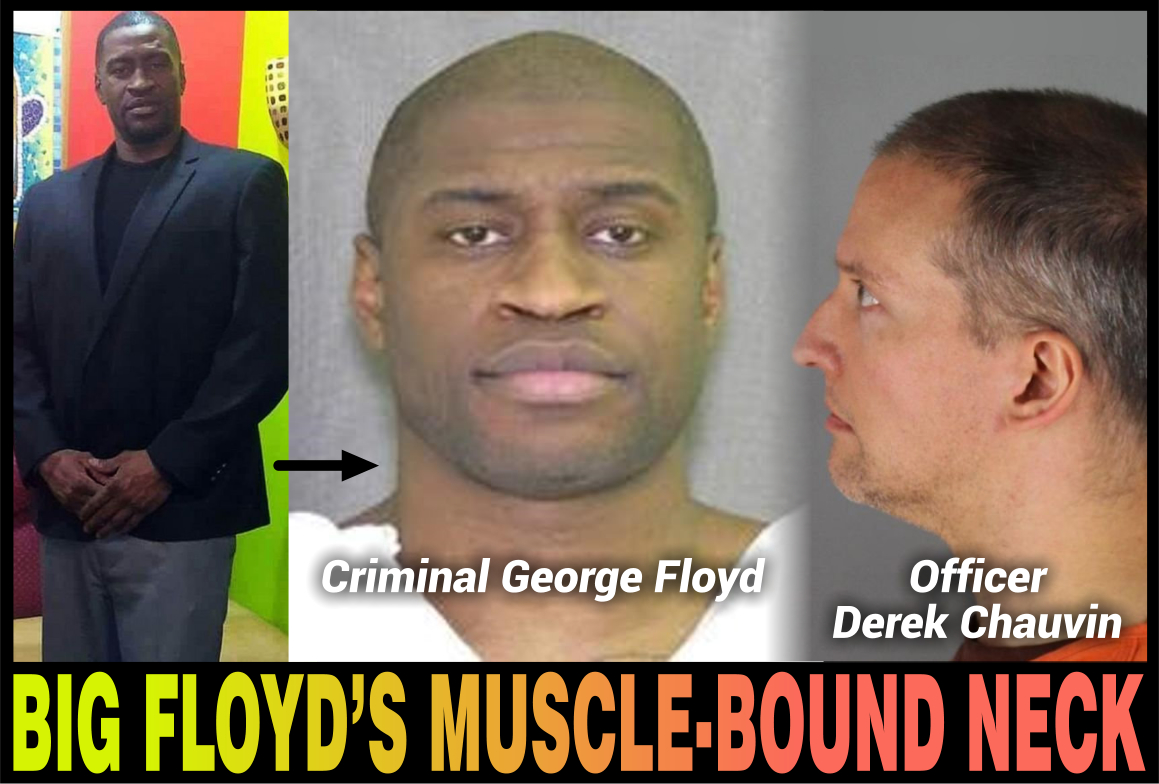 After more than a week of violent criminal looting, rioting, and mayhem across America, TV stations like Fox still have headlines that say, “Protests In Response To George Floyd’s Death,” which is a feeble description. The riots have nothing to do with George Floyd. His suicide-by-cop death was merely the excuse terrorist groups like Antifa and Black Lives Matter were looking for to embark on a spree of pillaging and destruction. If they were honest, news-show headlines would read, “Thieves and terrorists plunder and destroy.”

We have all heard ad nauseam about poor George Floyd, the drug-taking felon. Talking heads on the right, including Sean Hannity, Laura Ingraham, and other conservatives, have denounced the Minneapolis police officer Derek Chauvin, without seeing full footage of the event, or hearing his side of the story. Millions of Americans, liberals, and conservatives alike have voted Chauvin guilty, based on two short video excerpts that fail to provide vital details. There is a large chunk missing from the video story.

They assumed several things about Derek Chauvin’s knee, Floyd’s neck, Chauvin’s intent, and Floyd’s death. The powerful imagery of Chauvin’s knee on Floyd’s neck convinced them Chauvin was pressing too hard and that Floyd must have suffocated to death. Yet, Floyd was a 5 ft 11 in (1.80 m) tall ex-footballer/basketballer. Chauvin was only 5 ft 9 in (1.76 m), and a measly 154 pounds (70 KG) in weight. George Floyd took drugs, had a heart condition, and died of causes other than suffocation. There is no evidence little Chauvin’s knee was being pressed too hard on the big black felon’s neck, according to the official autopsy.

What Fake News is not telling Americans is that George Floyd is a disgusting criminal who has been in and out of prison for years. His most infamous crime was covered here, by the Daily Mail. It details how, in a 2007 robbery, he broke into a pregnant woman’s home searching for drugs and money. Floyd placed a pistol against her stomach and forced her into the living room, threatening to murder her and kill her fetus. When the thug was eventually caught he only served 5 years in jail, thanks to pathetic liberal judges.

Why were commentators so nice in regard to the good-for-nothing creep George Floyd? Most were spurred into their hasty judgment by the riots erupting around the United States, whipped up by domestic terrorist groups. The Left aims to stop Trump winning the election in November, and were waiting for the next “Rodney King” event to kick off national uprisings. It was their incentive for the coordinated attack by swarms of Leftist lowlifes across the United States.

The Unitary Marxist-Leninist one-party socialist republic of China is likely funding a large slice of the rioting, just as they supported Vietcong communists during the Vietnam War. They ‘lost face’ after Hong Kong rioters continued their protests for more than a year and were eager for America to suffer something visually similar.

Contrary to the media prattle you hear about Derek Chauvin, his technique of placing a knee on a perp’s neck is perfectly normal and seen in hundreds of police videos of arrests, online. Police routinely engage with drug users, layabouts, vagrants, and car drivers. Suspects are commonly told, “You’re not under arrest, but will be cuffed for now,” and most comply with this. Cops cuff suspects to prevent them from bolting, which avoids a long, exhausting chase. Some perps go berserk when told to abide by the cuffing. If they are high on drugs, they sometimes turn into maniacs, kicking, punching, biting, screaming, and spitting. It may require five or six policemen to hold them down – two holding legs, two restraining arms, and one restricting the head – while a sixth does the cuffing. The cop holding down the head has a few tactical problems.

Perps high on drugs commonly bite and spit while being restrained. If one officer uses his hands to hold the perp’s head down while others cuff him, he may be bitten. He may even lose a finger or two since maniacs on drugs will chomp those digits with all their might. If you have ever watched those restraining an alligator or crocodile, they tape the reptile’s jaws shut to prevent biting. Humans do not have long, easily taped snouts, so their mouth is going to function, and biting is a real possibility.

Another problem is communication. If a cop holding the head down uses his radio, he must use one hand to hold the perp’s head, with its sharp teeth.

Such problems disappear when you push the perp’s neck down with either a knee or a boot. Out of the two, knees are the better choice, as the officer has more control pressure-wise. So it is a common practice to use a knee in this way. If perp A has a skinny, fragile neck, while perp B is a weightlifter on steroids, you will use hands for perp A and a knee for perp B. In George Floyd’s case, he fits perp B’s description. His big-ass neck was perfectly suitable for a knee.

Hollywood and advertisers know all about the effect an image can have on an audience. One actor throws a punch at another, pulling short half an inch before contact with his face, and the second actor responds as though hit, falling to the ground, rubbing his jaw. The sound department adds the sound of a punch, and hey presto, audiences believe the punch’s authenticity. TV wrestlers act out their fights in a similar fake way, to fool gullible viewers. One wrestler places his foot on his opponent’s neck while his victim gurgles and yells, “I can’t breathe,” and naïve fans believe his suffocation is real. If a knee is on his throat, and he says he cannot breathe, then it must be so, right?

When perps are being held down by police, they often scream, threaten, kick, bite, punch, spit, and hurl abuse while being restrained. Many cry, “Get offa me, I can’t breathe, that hurts, ow, my arm, let go, I can’t breathe, my neck hurts, get off my leg, you’re breaking my arm,” and so on. It is constant, never-ending diatribe cops have to listen to, and usually includes a great deal of profanity and threats to boot.

When an officer puts his knee on a perp’s neck, he uses enough pressure to keep the man down. He could press harder and crush the perp’s windpipe, but that would be going too far. Although he limits the pressure, the image presented is precisely the same in either case. That is, a man suffocating to death with his knee looks identical to a man harmlessly restraining a man with his knee.

Officer Derek Chauvin was restraining, since Floyd swiveled his head around regularly and spoke, without showing any panic that might indicate choking. The official autopsy showed there was no suffocation, and that Floyd died as a result of cardiopulmonary arrest. It stated that arteriosclerotic, hypertensive heart disease, fentanyl intoxication, and recent methamphetamine use were other significant conditions.

The Left took the visual image of Derek Chauvin using his knee to restrain Floyd and presented it as “choking,” which was a lie. Floyd’s family commissioned a second medical opinion from the same doctor who examined the corpse of Eric Garner, a black man who died in similar circumstances in New York, 2014. Predictably Dr. Michael Baden concluded Floyd died of asphyxia due to compression of the neck. Biden, Baden, I guess they are birds of a feather.

We all know that if you wish to commit suicide by cop, you only have to draw a weapon and aim it at them. In a few seconds, you are dead.

What if you are a 46-year-old drug user with heart problems who wanted to commit suicide? One answer would be to play football (gridiron) with a team of 26-year-old professionals. As they piled on top of you or ran into you at full force, your heart might well give out. Or you could join ‘a running of the bulls’ event in Spain, where full-grown bulls try to run you over in the street. Another way to commit suicide if you are a 46-year-old drug addict with heart problems is to resist police when they wish to hand-cuff you.

That will guarantee six cops on your back, forcing you to submit – not a smart idea.

So who was this knucklehead, George Floyd, anyway?

See his criminal record here. Born in North Carolina, George Perry Floyd was big, tall, and black. In his youth, he was both a footballer and basketballer and later worked as a security guard. He joined a hip hop group called ‘Screwed Up Click’ and went under the name ‘Big Floyd.’ The ‘big’ part included his neck. Floyd worked as a bouncer also, and he began taking drugs.

With a big bulky frame, like his, taking drugs may easily lead to heart and health problems. Police wanted to talk to Big Floyd because they believed he might have been printing or using fake $20 bills.

Video footage of what happened next is not fully available. We all saw the part where officer Derek Chauvin used his knee to hold the felon, Big Floyd, down. When we see the rest of the video footage, it will probably show a fight. Big Floyd likely resisted hand-cuffing, forcing several officers to hold him down, and the rest is history. They had no qualms putting a knee on his neck because it was a big-ass neck, perfectly strong enough to take the knee.

Was Floyd exaggerating when he said he could not breathe? Most likely, yes, in my opinion. Was he stressed? Sure. Was his heart under stress? Undoubtedly. That is what happens when you stupidly take on a bunch of cops.

Take a look at this 2014 video of Keith, a husky black perp with priors, about 24 years old, being chased by a cop. Keith, in Sacramento, California, ditches his bicycle and runs like a track star. Still, when the officer catches up, Keith drops to the ground and starts hollering, “My heart, oh, my heart,” which cops ignore because MANY black perps say this when caught. It is either, “My heart,” or, “I can’t breathe,” or any of a dozen variations. Their parents taught them to do this because they believe a green cop may go easy on them or even let them go.

The felon George Floyd was a broken record few cops would take seriously. His mistake was resisting arrest with a bad heart, but then, he had resisted arrest many times in his life.

The lesson for blacks, whites, or any other humans with skin, is: never mind what your parents taught you about how to evade police or avoid arrest. They were wrong. If you resist cops, you are asking for trouble, and it may lead to your death, whether by gunshot wounds or heart attacks. Taking on six cops is called ‘suicide by cop’ for a reason, and skin color has nothing to do with it.