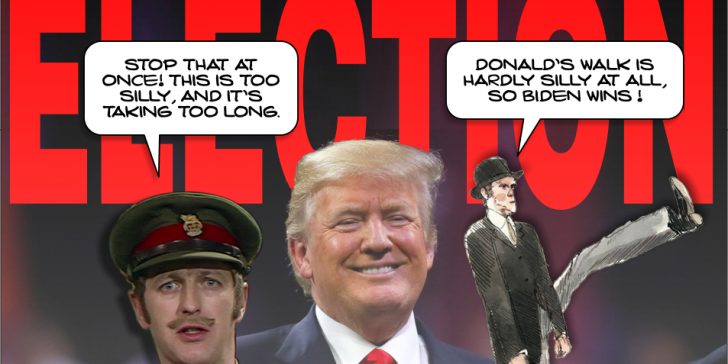 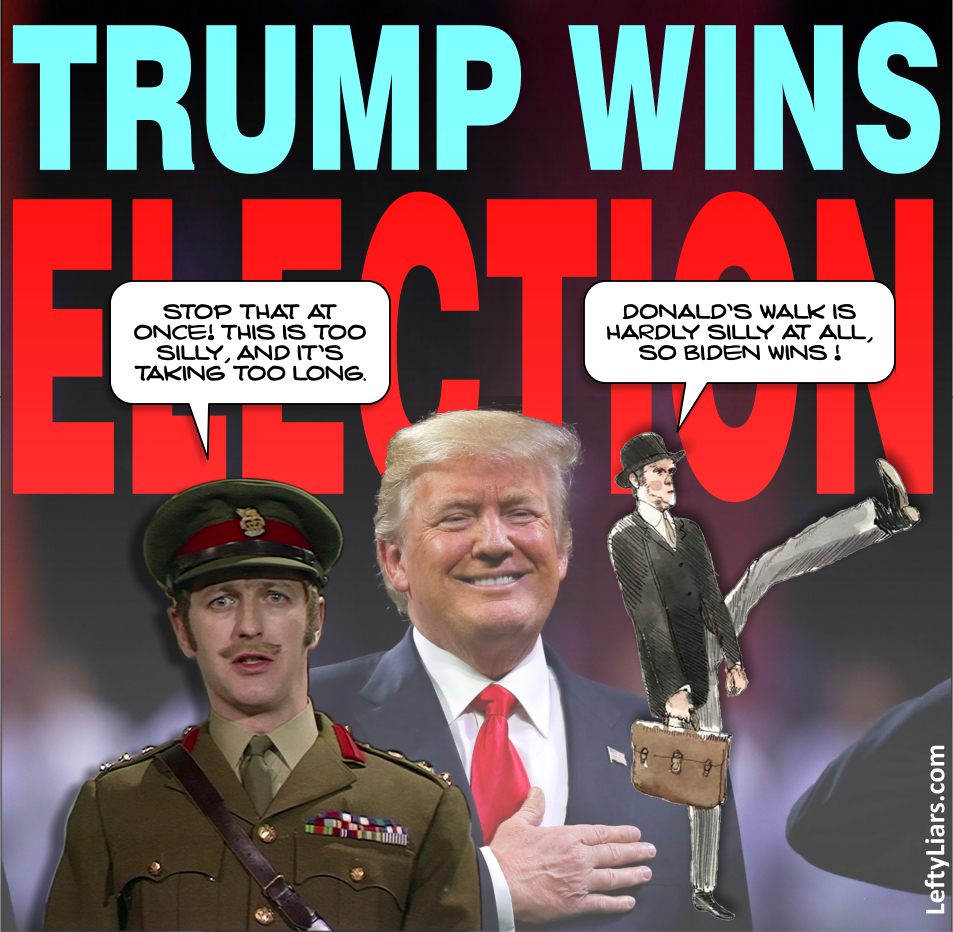 In what can only be described as a Monty Python sketch, President Trump’s 2020 Presidential Election victory has been shut down by The Colonel and Ministry of Silly Walks for being “too honest, too long, and too silly.”

President Donald Trump won the 2020 Presidential Election convincingly, but Democrats and Fake News have conspired to steal that victory from him in an absurdly blatant way. The sabotage resembled a Monty Python farce and would be funny, were it not so dangerous.

As expected, on Election Day, November 3, 2020, Trump won one state after another and was visibly ahead in the last few battleground states of Pennsylvania, Michigan, Georgia, Wisconsin, North Carolina, and Nevada. It was obvious that within another hour or two of counting, Trump would have won those states. Out of the blue, and for the first time in an American election, vote counting stopped or slowed to a deliberate crawl in the Democrat-run cities of Philadelphia,  Pittsburgh, Detroit, Milwaukee, Atlanta, and elsewhere.

Conspicuously, Democrats stopped counting their votes simultaneously and came up with lame excuses to justify this. It is as if Democrat leaders were sitting in a room watching the countdown on TV when one turned to the others and said, “We’ve got to shut down the counting in those last few States before the election is lost.”
“But how can we do that?” another Democrat might have asked in this Monty Python sketch.
“Easy. We just do it,” came the reply. “Phone ’em up and tell ’em to stop.”
“How will we justify that, and what will we do next?”
“Give our comrades in the press a variety of excuses, and they will go to bat for us.”
“What then?”
“We fabricate Biden votes – enough to win!”
“But, the observers will see us!”
“Keep ’em a hundred feet away. They won’t see squat. All the volunteer counters are Democrats, and many are Black Lives Matter and Antifa members. They will be happy to destroy Trump’s votes.”

Observers were illegally kept at bay, windows covered over, and all the while crowds of volunteer Democrat blacks did whatever they liked to increase Biden’s vote to make sure he would win. That is how it appeared, as Biden’s numbers slowly increased over the next few days.

Meanwhile, software used to count votes in many states was busy turning Trump votes into Biden votes. When asked to explain the many irregularities and law-breaking going on, Democrat officials acted like John Cleese in Fawlty Towers, bending over to make lame excuses. 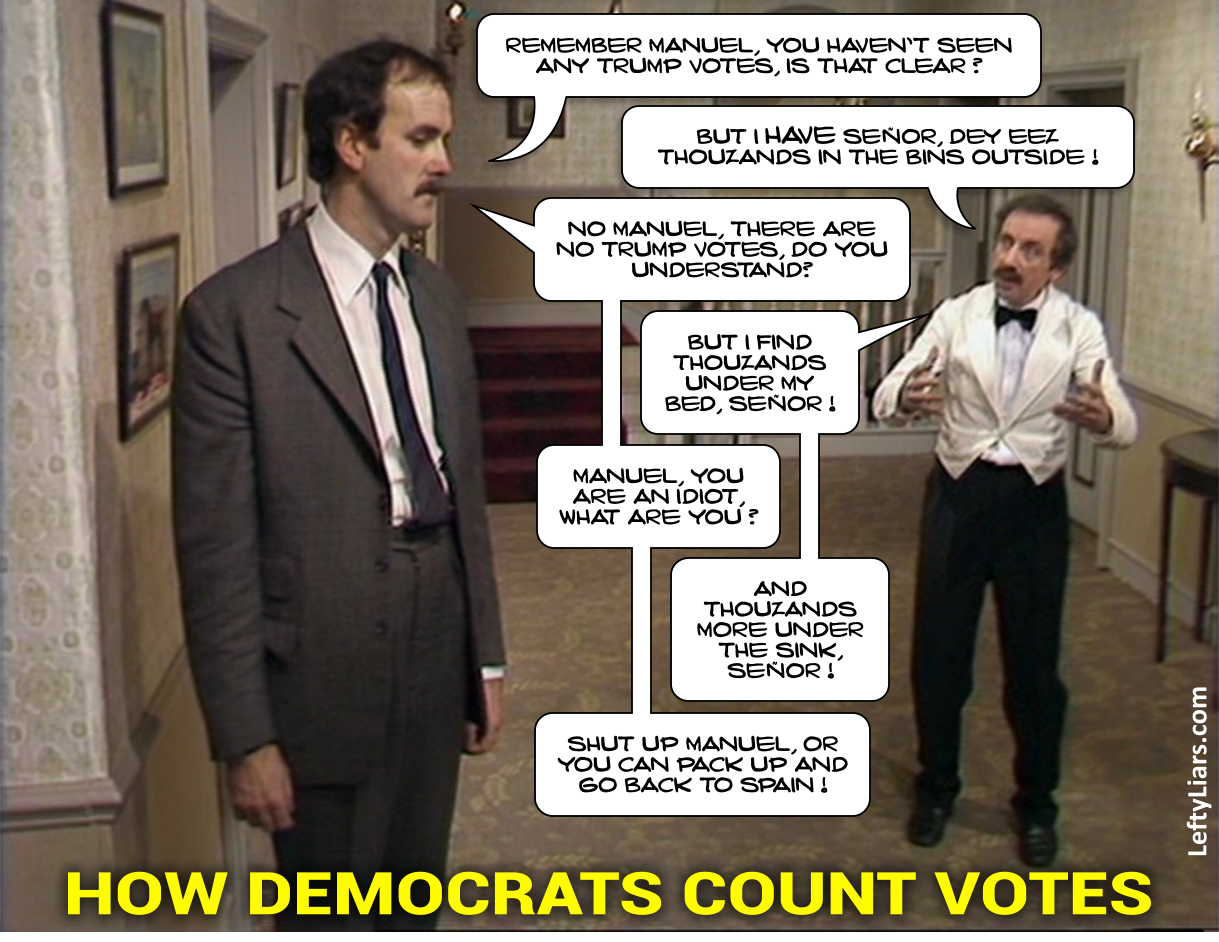 Does America wish to be the laughing stock of the world? How can they stand for corruption like this? Let us hope the Supreme Court forces a recount in all those states and orders that the National Guard protect observers. Keep Monty Python and Fawlty Towers on TV where they belong. Do not let them take over the White House.