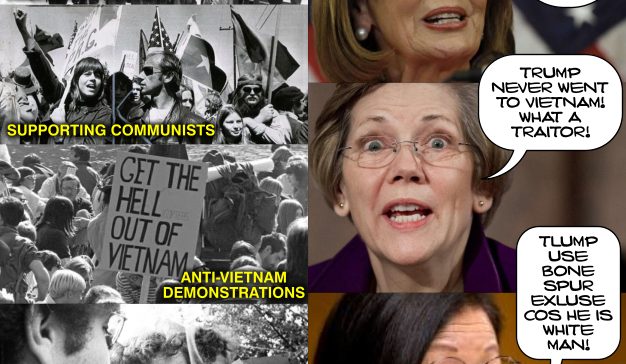 When President Trump tweeted about Connecticut Democratic Senator Richard Blumenthal’s lie regarding his service in Vietnam, he opened up a door to the Left’s Freudian Guilt Locker.

Although Richard (Dick) Blumenthal served in the Marine Corps Reserve during the Vietnam War, by no means did he leave the United States, yet in 2008 Blumenthal was caught on camera, saying, “We have learned something important since the days that I served in Vietnam.”

He also obtained five or more military deferments and took many steps to avoid going to war, according to records. His position in the Marine Reserves more or less assured he would not have to go to Vietnam. Dick gave the impression more than once that he was in Vietnam, in various ways, and the media reported this as one would expect. No doubt this helped Dick’s political career.

Donald Trump’s nickname for Dick Blumenthal became ‘Da Nang Dick’ because Da Nang was a major Air Base in Vietnam used by the U.S. Army, Air Force, and Marines. It had an average of about 2,600 aircraft traffic operations daily, in contrast with Dick’s work back home as a reservist, fixing campgrounds and organizing Toys for Tots drives.

….left and right, he then woke up from his dream screaming that HE LIED. Next time I go to Vietnam I will ask “the Dick” to travel with me!

A whole column of papers and TV Networks began pumping out a predictable fake defense, yammering on about Trump’s bone spurs and other nothingburgers, in an attempt to take the heat off Blumenthal. The Left has created a few myths about Trump’s absence from Vietnam, and it can all be hosed away by a simple paragraph in Wikipedia:

While in college from 1964 to 1968, Trump obtained four student deferments from serving in the military. In 1966, he was deemed fit for service based upon a medical examination and in July 1968, after graduating from college, was briefly classified as eligible to serve by a local draft board. In October 1968, he was given a medical deferment which he later attributed to spurs in both heels, and classified as 1-Y, “unqualified for duty except in the case of a national emergency.” In the December 1969 draft lottery, Trump’s birthday, June 14, received a high number which would have given him a low probability to be called to military service even without the 1-Y. In 1972, he was reclassified as 4-F, disqualifying him for service.

The Left sneer and whine about this, claiming that Trump probably paid the doctor off or he was playing football just fine shortly before the diagnoses and so on. Clearing up the issue of bone spurs is easy.

The military examines anyone wishing to enlist, whether by choice or by a draft, rejecting anyone failing the medical test. Also denied are hopeful would-be recruits if their eyesight is weak, or they are colorblind, flat-footed, obese, too short, or suffer some debility. Millions have suffered the humiliation of being rejected, and millions more will be in the future. A long list of ailments makes applicants ineligible. 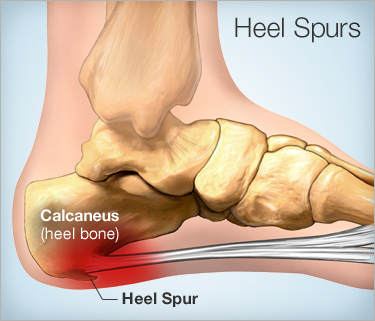 Bone or heel spurs are on that list. They were on the list when Trump was a boy, and during the time Carter, Clinton and Obama were Presidents. None of them took heel spurs off the list, and they are still on the agenda today. The military does not want to provide medical operations for people with bone spurs. If you have them, you will not be accepted, period. If you keep it a secret from the military, they will find out, regardless, during your medical exam. Doctors would advise any would-be draftee with heel spurs that they should put in a deferment, and see whether the condition required an operation. The trouble is that bone spurs can grow back again within a few months, so the military may still reject you even if you have the surgery. A doctor may tell you to forget the military and wait to see whether the spurs become a bigger problem.

Heel spurs do not always cause pain. Some may cause no symptoms, while others are like a knife sticking into the bottom of a victim’s feet when standing up in the morning. Trump’s ability to play football is not contradicted by having heel spurs, but that would not change the military’s rules about heel spurs. They are not interested in what pain the spurs are causing at any particular time. They just know that if they take recruits with heel spurs, they will regret it in most cases. Like any bureaucracy, they stamp forms and forget about it. Despite all the Left’s whining and squabbling about Trump’s bone spurs, he had them, and it disqualified him from going to Vietnam.

But wait. What about this Freudian Guilt Locker I mentioned? 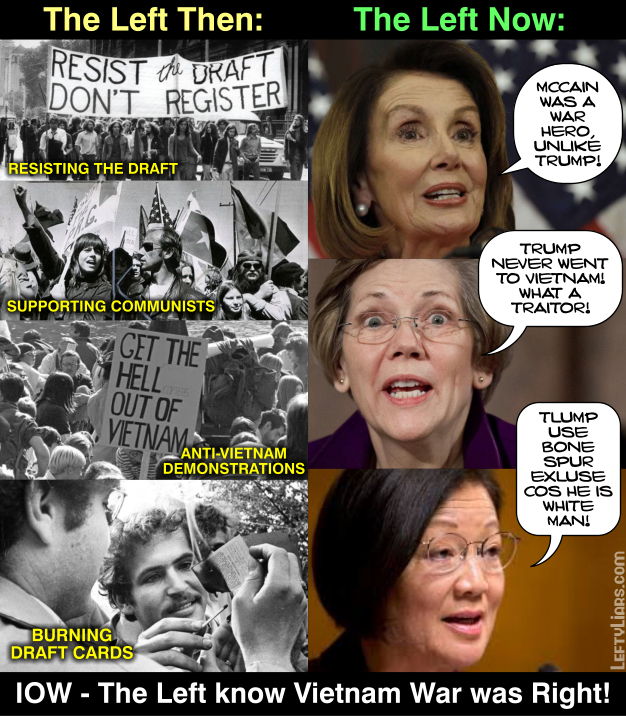 Think about it. The Left is anti-war. To this day, they swear the Vietnam War was an abomination; the wrong thing to do; that it was an evil stain upon history. They campaigned against it as hippies, waving placards and burning cars, smashing windows, just like today’s Antifa and Black Lives Matter thugs. In their anti-war heyday, they encouraged tens of thousands to rip up or burn their draft cards, and go to jail or abscond to Canada rather than go to Vietnam. When Cassius Clay was convicted of draft evasion on June 20, 1967, and sentenced to five years in prison and a $10,000 fine, they applauded him and encouraged others to do the same.

It is their Freudian Slip (an unintentional error regarded as revealing subconscious feelings).

It is obvious they believe the Vietnam War was a just and noble cause, and they are correct. It was.  So why did they oppose it so vehemently?

They opposed it because the Vietnam war was an attempt to stop communists from stealing a country. The Left supported the communists. They were against America then, just as they are against America now. Their Freudian Slip shows us the world inside their Guilt Locker. You can see inside, to their betrayal of Nixon and America, and to their great victory in helping the Northern communists take South Vietnam.

During the decades since then, Fake News covered this over and twisted the truth to hide their treachery.