Queer Alicia Garza came up with the term Black Lives Matter in a Facebook post in 2013, writing, “I continue to be surprised at how little Black lives matter.” Facebook is a social media conglomerate corporation founded by a straight white man! Alicia, who came out as queer, was raised in a mixed-race family, growing up in Marin County, near San Francisco. This might explain her milky brown complexion and part-Caucasian features. Her stepfather was Jewish, but any information about her real father has been suppressed by Fake News, so it cannot be good.

Alicia is also a white name – a variant of Alice, which comes from the Germanic name Adalheidis (Adelaide). How white can you get? And it does not end there. The words she wrote, Black Lives Matter, are themselves English and thus white historically. Queer Alicia Garza does not speak African, but Modern English, which evolved from Middle English, which in turn grew out of Old English, in the very Caucasian British Isles. Why is she using Anglo words? Can she not spend a few years learning an African language? Don’t Black Words matter?

So, they threw out Larrabee and went back to Garza, which is how the BLM creator Alicia Schwartz came to be known as Alicia Garza. Two queers, two names, and one annoyed feminist mother-in-law. Perfect. Except that Alicia’s queer wife is white!

Oh, Alicia, not again! Another whitelash of the whip! Can you not be loyal to blackness? Black lives may matter to Alicia, but not when it comes to marriage. Malachi might say she is Mexican or South American, but looking at her white skin and blue eyes, many say her blood has plenty of Anglo in the mix. While I am not implying her mother slept around, a DNA test would undoubtedly put the matter to rest. Today’s Black Lives Matter movement needs to know. After all, to them, whiteness is a terrible disease.

When Alicia Garza posted “how little Black lives matter” to Facebook in 2013, she used a computer, a machine invented by white people, to deliver an English language message on a white man’s social media company. She sat in a home equipped with a refrigerator, washing machine, microwave, oven, bathrooms, and televisions, all invented by white people. Electricity, which powered all her devices, was developed by a white man, as were the light bulbs lighting her abode while she gossiped online. Whites invented the industrially made glass windows that protected her from the rain outside. For the tumbler locks on her doors that kept her safe, she can thank Robert Barron (1778), Joseph Bramah (1784), and Jeremiah Chubb (1818); all white. The telephone she uses all day was invented by a white man, as was her car. White men developed the planes she flies in, and the jet engines that power them. They also invented the telecommunications satellites she depends on for so much information. More whites made possible the vaccines she takes to protect her from many diseases, and most of the medical tools used to operate on her when she needs plastic surgery, nose modifications, dental work, facelifts, fake buttocks, or breast implants.

All this is just the tip of the iceberg. Alicia’s life is forever indebted to white men and would be a living hell without their work. Is that why she wrote, “How little black lives matter”? If so, then Alicia is overwhelmed by the debt she owes whites, but blacks have their place in the world like everyone else. She must not judge them according to how much of our society was put together by whites. Anglo Saxons have accomplished miracles over the last few centuries, but that is no reason to assume blacks are not worthy.

It Takes Time to Weed Out Aggression

During our evolution, some groups or races were bound to reach a certain point before others, as you would expect in any marathon; some make it to the finish line first. So what? Blacks have only just left their tribal past, and there are millions of blacks still in tribes. They have not had time to weed out harmful elements through the rule of law. Whites have been imprisoning or executing criminals for many thousands of years, through a court-based system founded on written statutes. Men in prison cannot reproduce. Subsequently, such societies changed for the better. When you weed out aggressive, violent genes over millennia, you become a peaceful, productive group by nature.

Blacks have had little time to do that, since their voyage into democracy, the rule of law, and writing is, for many, only a century or so old. Their populations contain a comparatively high percentage of violent individuals whose instincts tell them to plunder, kill, rape, and loot. Think of wolves, which have remained the same for millennia, consider their descendants, Labradors, resulting from thousands of generations of deliberate selection and elimination. Does it mean wolves are evil or wicked? Not at all. Without wolves, there would be no Labradors. Is someone to blame? No. Should wolves feel guilty? No, they should feel proud of what they are. Wolves are great.

As I said here:

Many Africans have some kind of anger gene, which makes the majority too aggressive, too often. As in all animal populations, there are exceptions to the rule. Maybe a one-in-a-hundred minority pulls the whole populace forward, genetically, in a process called evolution. One percent of 1.3 billion Africans is 13 million – more than the population of Ireland and Switzerland combined. That might be how many Africans have a much better disposition than the average. They do not get easily angered. Their temper is more like Asians, or Anglo Saxons, as is their intellect and their wit. Examples would include folks like Herman Cain, Larry Elder, Candace Owens, Lynne Patton, Chris Rock, Eddie Murphy, Lynnette Hardaway, and Rochelle Richardson (Diamond and Silk), along with many millions of others scattered across America and the world.

This lesson is one that racists and guilt merchants like Alicia Garza need to learn. Her hatred for whites stems from her hatred of blacks; she despises her partially black ancestry.

Many “African Americans” (the ‘African’ tag is a Democrat invention) despise themselves thanks to activists like Alicia Garza. Democrats have kept them on the plantation since their ancestors first arrived in America and have brainwashed them into thinking they are worthless. Once a black person believes they are useless, they turn their self-loathing into hatred for whites. Once that point is reached, they are bent on revenge.

Getting back to Alicia Garza’s shameless stupidity, the English word black, which is of considerable importance to her, comes from Old English blæc, another white word. The Latin adjective for black is niger (pronounced NEE-GER in Latin), giving rise to the Spanish word negro (black). Today blacks, or half-blacks like Alicia Garza, proudly call themselves blacks, crying, “Black Lives Matter!”
Our ancestors called Africans blacks for the same reason. They were black, and they mattered. The words negro (black) and nigger (black) were used for equally innocent reasons. They, by themselves, were not pejorative.

The Niger River in Africa was called Niger because it is the Latin word for black, and it flows through several black African nations, and this applies equally to Nigeria, though politically correct pundits now pretend it is not so. All I can say to them is; nigger, please!

I have already pointed out the hypocrisy concerning black mimes in white face and the black-face myth, but activists like Alicia Garza go even further. Everything she does depends on and is centered around white science, culture, and education. She learned from white teachers, using books written by Anglo Saxons, eats in restaurants run by Caucasians, drives down roads engineered by whites, using gas dug up by whites, and enjoys technology invented by whites. She gorges on the capitalistic produce of entrepreneurial Anglos while promoting her communist anti-capitalist BLM movement. Even it is made up of an abundance of spoiled, middle-class white murderbrats. Look at any BLM demonstration to see them there with Antifa thugs, clad in head-to-toe black. Imitating Hitler’s Brown Shirts (Sturmabteilung), they look fierce but fall to the ground in a fetal position and bawl when arrested.

After prohibiting the discipline of children in families and school, gormless lefties harvested generations of brats. A percentage were so devoid of normal human traits they were happy to murder and loot for any old reason. Some would take guns to school to mow down their peers, to satisfy a grudge. Others created anarchy, burning and pillaging in the streets, to impress twitter trolls. They shared a common characteristic; when caught, they would burst into tears and wail. These ‘terrorists’ are also spoiled middle-class snowflakes.

What does Alicia Black Lives Matter Garza think about this – that most of the morons in her beloved army are white? What other contradictions surround this queer activist?

Alicia’s home contains tens of thousands of products, tools, items, accessories, gadgets, and devices invented, developed, manufactured, advertised, packaged, transported, and delivered by white people. She would hate to live without them. Look at her desk. See the stapler she uses every day? It was made in a factory owned by Steve Parsons in Idaho, a white guy. Look at the sunglasses next to them. They were conceived by draft designer Pete Brown and product manager Brian Nelson, then modeled by Jeff Speers and CAD designer Lorne Hastings – all white men. Look at the cell phone next to them. Much of the fabulous software in it was develop by brilliant white geeks, and Alicia loves it to bits; she could hardly imagine life without it. Does Alicia think about the whiteness attached to her tens of thousands of possessions? Not at all. 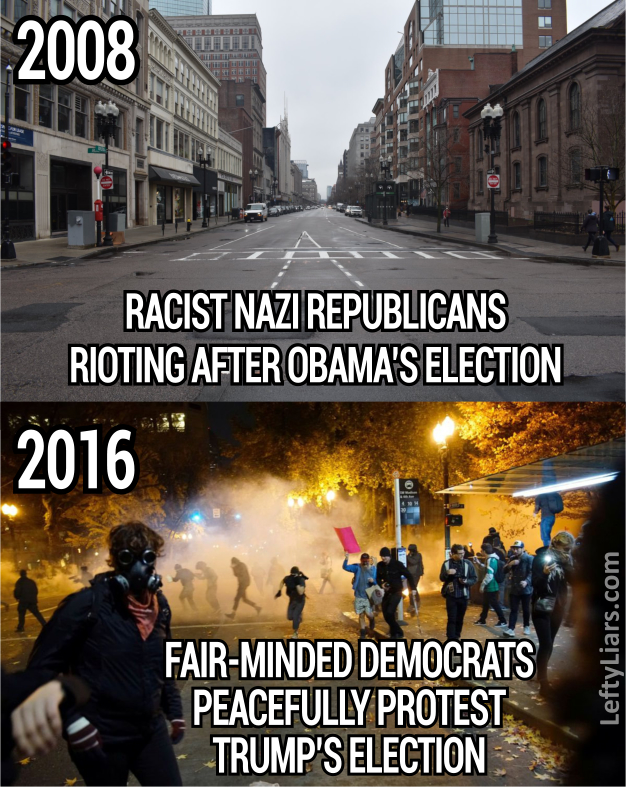 Alicia spawned a monster now out of control, killing innocent black children, destroying black businesses, and shooting black police. It has been taken over by the Democrat war machine and their masters, leaving Alicia behind as merely a figurehead. She will be the useful idiot they blame for its creation.

Born again Marxist brats in Antifa and BLM need to ask themselves why Republicans never riot or pillage. They need to look at Norm Eisen, the faceless Democrat grandmaster of the coup against President Trump, using the playbook he wrote (to combat various East European regimes) against his own country, the USA, and its democratically elected POTUS.

If your cronies direct you to this page, Alicia Garza, take a long, hard look at yourself. Look at the pillaging, rioting communist scum you have helped unleash onto Democrat cities across the US and the cost in innocent lives. Look at the carnage your worthless peers have wreaked upon poor black folk.

You call yourself an activist, but all you activate is racism, crime, and anarchy. Your infantile loathing of everything black and white is ludicrous and suicidal—those who live by the sword. If you ever realize your mistake, do not expect forgiveness. Your murderbrats have committed unforgivable atrocities in the Land of the Free, and you deserve all the scorn and ridicule historians can heap upon you. History will spit on Black Lives Matter and its communist agenda.