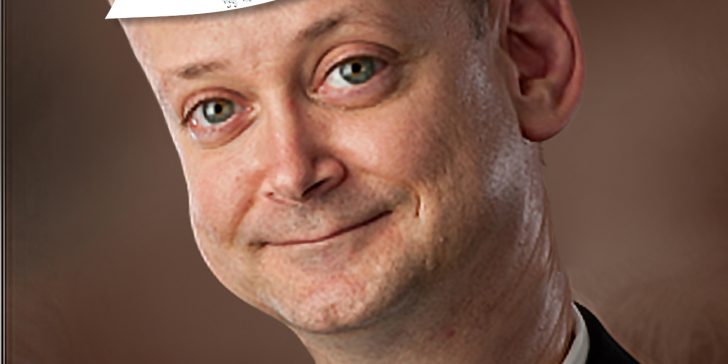 While most Fake News outlets are busy churning out nothingburgers about Trump’s take-out for footballers, or grounding Pelosi, or telling Cohen to lie, some create dopey diatribe from the sideline, knowing that many want something different. Anti-Trump reporters are tasked with building myths out of nothing, which is not a simple task. While green journalists fresh out of college use deliberate misquotes or just make up “source” material, older ones spin nothingburgers out of Slippery Slopes and Red Herrings.

Greg Weiner’s piece in The New York Times is a perfect example of how to weave hot air into a garment fit for a Straw Man. It presented Trump as an egomaniac who would like to see Mount Rushmore’s sixty foot high sculptured faces of Presidents Washington, Jefferson, Roosevelt, and Lincoln replaced by his own. This fable is oft-used by the Left. When you tell them the difference between healthy, justified narcissism (e.g., Winston Churchill) and fantasy-fueled, unqualified egoism (e.g., tone-deaf Elvis wannabes), it goes over their heads like a cruise missile. In Trump’s case, he is a much-loved billionaire who took on Fake News singlehandedly, against enormous odds, to win and become POTUS. The peerlessness of this was affirmed by the shock it caused the Left. They were stunned from the tips of their pointy orc-like heads to the base of their hind hooves. Many wept and swore they would leave the country, such was their astonishment. Speaking of Orcs, Trump’s victory will one day be heralded in a novel the size of The Lord of the Rings, and a series of epic movies to go with it. Trump has planet-sized reasons to be proud, and since the shameless Left refuse to congratulate him, he does so himself. Good for him!

In his first two paragraphs, Weiner suggests that Trump is like France’s 17th Century absolute monarch, Louis XIV, who reigned as King of France from 1643 until 1715. A questionable quote has been attributed to him; “L’État, c’est moi,” which means, “The State, it is I.”

This screenshot shows the quote from Christian Daniel Erhard’s 1791 book ‘Reflections on Leopold’s Wise Legislation in Tuscany’ page 30. Notice the capital É, or S, on État, or State. A translation would be, “I am the Nation.” There is no hard proof Louis XIV said this, and it was denounced as apocryphal (false) by the early 19th century. Louis is recorded by numerous eyewitnesses as having said on his deathbed: “Je m’en vais, mais l’État demeurera toujours.” (“I depart, but the State shall always remain.”)

So much for Weiner’s first two paragraphs. He goes on to write:

The motto of this presidency might best be expressed as the reverse of the old feminist slogan “The personal is political.”

Apparently, Weiner did not grasp the meaning of the phrase. Feminists used it to encourage women to divorce, stop having babies, and leave the nuclear family. It was an answer to those women who might ask, “Why should I get divorced and have no children?”

According to Trumpism, the political is determined by the personal. All issues are judged by their compatibility with Mr. Trump’s interests.

All people, including Greg Weiner, judge issues according to their compatibility with their interests. Say Greg was buying a pair of shoes. He will judge the shoes by their price compared to his budget, and by their comfort for his feet. He does not judge them by their pleasure to my feet. All humans do this. Unlike many people, Trump will negotiate on political issues, giving a little, taking a little, because that is how you get things done in business. That is why he consulted with Pelosi over the border wall, offering her things he did not want to give. He is a businessman and a negotiator, and doing deals to make America great again means putting his own wishes aside on occasion.

Weiner goes on to criticize Trump for attacking Amazon because its chairman owns the Washington Post, which attacks Trump with Fake News on a daily basis. He calls Trump a bully for this, and because he has opinions about a TV show he once hosted. It is clear that Weiner is of the opinion that Trump should not be expressing his views about newspapers, Fake News, or TV shows because Presidents cannot be seen behaving that way. No First Amendment rights for the POTUS!

Unfortunately whining Weiner is too late. Donald Trump has been operating the way he does for a long time and bleating about it now is like complaining that the Beatles influenced Rock and Roll, or that the internet is killing Fake News. The world has changed since the Donald was elected. He has put a formidable dent in the political world, so get used to the changes.

Mr. Trump proclaimed that news bias and satire targeting him “should be tested in courts, can’t be legal?”

No, Trump did not proclaim that “news bias and satire should be tested in courts.” He asked if the real scandal of the one sided coverage, hour by hour, of networks like NBC & Democrat spin machines like Saturday Night Live, could be tested in the courts. It was a question, not a proclamation.

The first sentence of the first provision of the Bill of Rights, which Mr. Trump has sworn to protect, insulates such topics from government.

The First protects free speech, not communist propaganda from an anti-American enemy. This is not an issue of free speech; it is an issue of war. Since when does Amendment I apply to enemies? Communists have infiltrated America and are in charge of most of its schools and media. They will take over America if they are not stopped. Stopping them is called “Defense,” not “censorship.” They are different issues entirely.

The rest of the article is not worth reading. Weiner is supposed to be a ‘Political Scientist,’ but that is probably Orc-eze for, “Trump basher.” 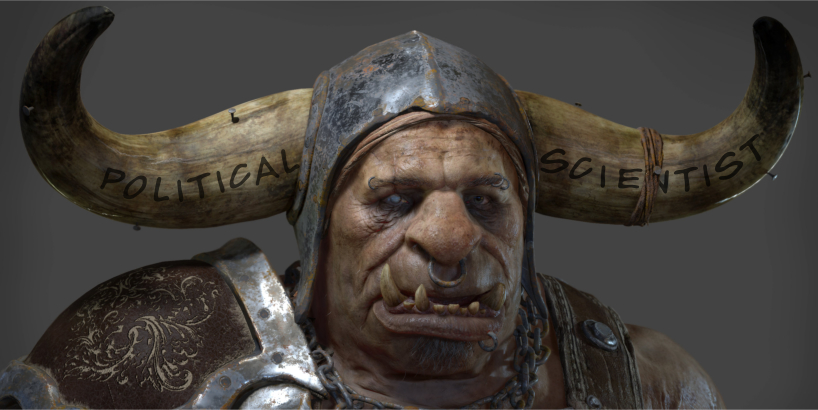 The irony of Weiner’s attempt to make Trump out to be only concerned about himself is that Lefties today are obsessed with Trump. He is all they talk about. Weiner’s graphic, showing four Trumps at Mount Rushmore is an excellent example of this Trump Derangement Syndrome. Lefties cannot see the other Presidents; only Donald Trump. He is a God in their mind. Lefties worship Donald all day long, every waking hour, 24 hours a day, 365 days a year. Switch to CNN right now, and the chances are there will be some gay black communist ranting about Trump being Hitler.

Who is obsessed with President Trump, Mr. Weiner?

You are, along with The New York Times and The Washington Post. Try to find a page out of either rag to cover your canary cage floor, without the name Trump printed on it.