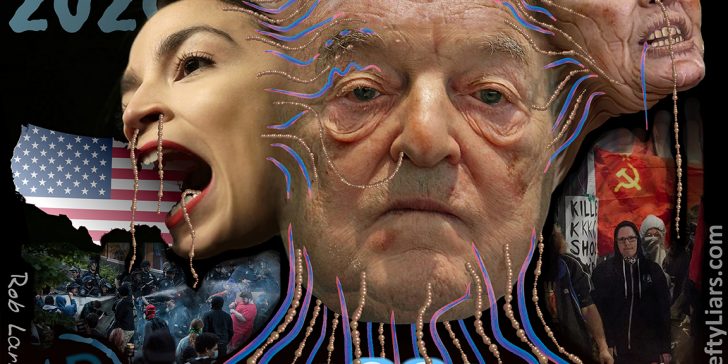 Millions of Democrats must be asking why their Party left them. “Why did they abandon the rule of law?” they wonder. “Why did they support looters and arsonists? Why did they think it was fine to attack black shopkeepers, homeowners, diners, and defenseless children?”

The answer is genes.

Nature designed organisms to take what they need to survive and thrive. Humans often describe that as stealing unless it is paid for or earned. When Frigatebirds force Tropicbirds to release their fish, we call the Frigatebirds thieves and pirates, as David Attenborough did here.

Technically speaking, this is not theft. If that were true, we would call the seabirds thieves for “stealing” fish from the sea and the fishes robbers for “stealing” shrimp, krill, and crabs. No, the word stealing is reserved for humans who refuse to follow the rule of law. Such laws make it wrongful to appropriate human possessions without the owner’s permission or a legal right.

The Catch-22 is that we are also animals, the result of an evolutionary tree itself rooted in the sacred biological rite of taking whatever one needs to survive. Our rule of law is new, anthropologically, and sadly our genes have not kept pace with it. Thus, many humans seek ways to get around the “Thou shalt not steal” rule to which societies conform.

An honest minority work hard, save money, and avoid taking things from others unfairly. They believe in capitalism, are charitable, and do not abide dishonesty in any form. Followers of Ayn Rand may say, “But Rand said the criminals in the world are a minority.”
Rand was right, but the dishonest majority are not usually criminals. To avoid prison, they fashion laws enabling them to steal legally. These cheaters include unionists, feminists, environmentalists, socialists, and communists.

A cunning thief becomes a politician, and once winning office, announces, “Today we have introduced a wealth tax, so those earning more than a million dollars a year will pay double the taxes everyone else pays. It’s only fair!”
Millions of thieves applaud. If you criticize them, they reply, “We’re only supporting an existing law, how can that be wrong? We just want what is legally ours; the rich guy’s money.”

Look around, and you can see such ‘moral’ thieves everywhere. A divorced woman next door uses feminist alimony laws to extort her ex-husband, even though she has a wealthy boyfriend who spends plenty on her each week. While she enjoys a bountiful life, her ex-husband is fiscally hamstrung. When he starts a new family, his children suffer. Feminists put such laws in place to help the so-called “sisterhood.” When men object, feminists whine, “We just want what is legally ours.” Remember, no matter how legal legalized theft is, it is still theft.

Your activist college pal Sam went to a BLM “demonstration” in Portland, Oregon. After sundown, rioters commenced smashing shop windows and burning cars. As Sam watched them bagging expensive goodies, he considered his options. Ted Wheeler, the Democrat Portland Mayor, appeared with rioters to provide support. The brainless thugs almost killed him, but later cheered when Wheeler prevented police using tear gas. They cheered again when he refused President Trump’s offer of Federal officers. Like many looters, Sam felt safe to steal, so he helped himself to a couple of cameras, an iPad, a phone, and a bag of Nike sneakers. His looting was sanctioned by Lefties, who, in this case, were the government. Consumers (you) ultimately pay the price, as prices go up to cover theft, along with insurance premiums.

Another neighbor, Ivan, the boiler operator, works in a factory doing nothing. He was replaced decades ago by a computerized boiler. He would have been fired was it not for the union, who forced the factory to keep paying Ivan to sit at a desk in the boiler room, doing nothing. The company passes this expense onto you by charging more for their product. Many “ghost” jobs exist thanks to unions, adding more to your costs.

Your well-to-do neighbor in the big house across the street is a Green counselor. House owners’ rates pay his wage, and he is supposed to use funds to improve your life. Instead, he forces you to install solar panels on your roof or suffer higher electricity bills. “Reduce your costs by installing government-subsidized solar panels, and save the planet,” he crows, which means taxpayers (you again) must pay for a portion of every solar panel used by homeowners to achieve nothing.

How about that teacher three doors up? As a gay, anti-American communist, she teaches your children to encourage gay marriage, hate America, and support Democrats. Under her, they learn that whites are racists, blacks are victims, and that having a family is ‘killing the planet.’ Your children shave their heads, tattoo ‘Black Lives Matter’ on their skulls, leave home, marry queers, and swear never to give you grandchildren. The teacher has “tenure” and cannot be fired. She costs you your children and grandchildren, and your taxes go into her pocket. She and the union are thieves, stealing your money and family, ‘legally.’

Many people are engaged in forms of theft along similar lines to those above. Whether it be a man on welfare, who avoids jobs, a drug-taking homeless slob enjoying State-supplied handouts, or an illegal migrant with free hospital care, they all take your money using legalized theft.

Lawful looting is what defines modern Democrats. Finding ways to corrupt laws, they wriggle through loopholes using dodgy legislation. By persuading electors to let them camouflage their theft, they manage to avoid going to prison.

Now that Democrats have joined the extreme Left, giving crazies like Sandy Cortez and Kamala Harris power, wild hunting genes are in charge. No longer held back by customs, mores, manners, or rules, the predatory Left, like hungry velociraptors, are on the warpath. Should they win the coming election, the jungle will move into your home.

Opportunism is their name, and eating America is their game. Buffoons like George Soros want communists in charge. Ironically, were they to win, those commies would gut Soros, hang him up by his entrails, and stick a sign around his neck stating, “I was a billionaire capitalist. Spit on me.”