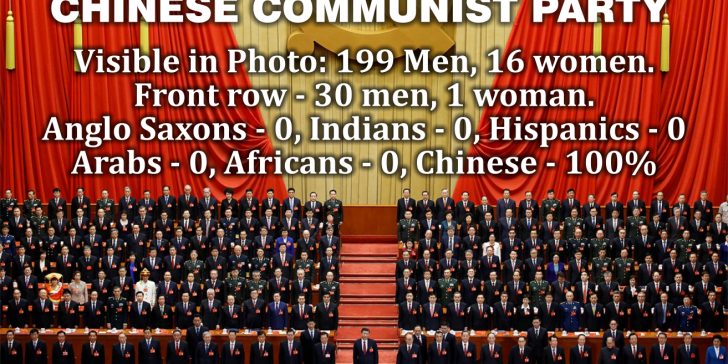 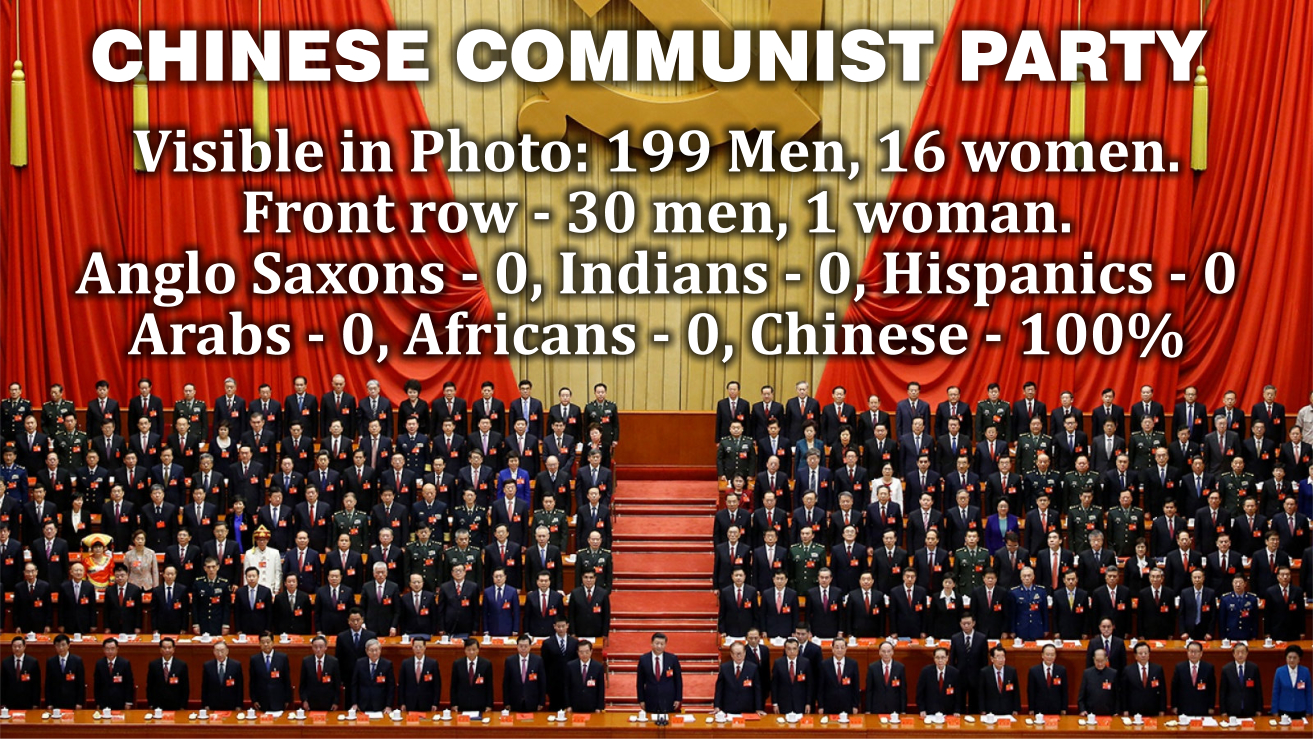 Last Saturday Al Sharpton complained that Trump had no blacks in his West Wing. During his stint on MSNBC Sharpton blasted Trump advisor Katrina Pierson about this and moaned about wanting reparations for slavery. He is a pathetic TV commentator and a woeful representative of blacks, who must be embarrassed by the man.

Since the Cold War communists have infested Hollywood, News media, Universities, and the Democratic Party. Many have recently admitted they are Socialists but refuse to go all the way and acknowledge they are full blown commies. What gives them away is that they refuse to criticize any communist regime. Bernie Sanders would rather die than criticize Reds in any way.

While Lefties like Al Sharpton whine and bawl about how few blacks are in Trump’s West Wing, he won’t whisper a word of criticism about the utterly racist and xenophobic habits of his comrades in Communist regimes around the world. In the photo above, how many blacks do you see, Al? How many women? How many whites? No, the Chinese Communist Party only has room for Chinese men, with a few ball-breaking women as token Eskimos. 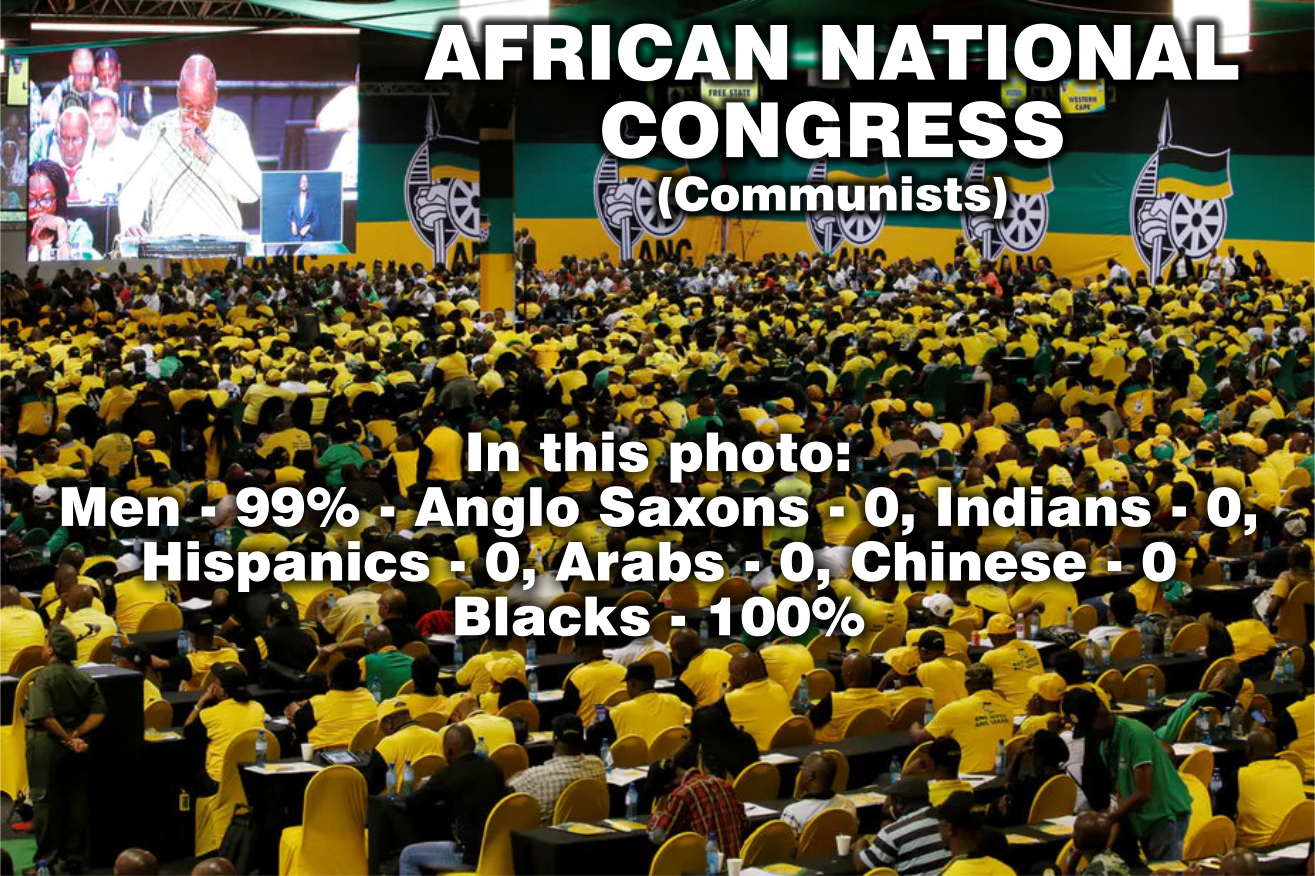 Look at these delegates attending the 54th National Conference of the ruling communist African National Congress in South Africa. Gee Al, they’re so open to whites, Indians, Chinese – you must be so proud of your communist brothers. Amen! 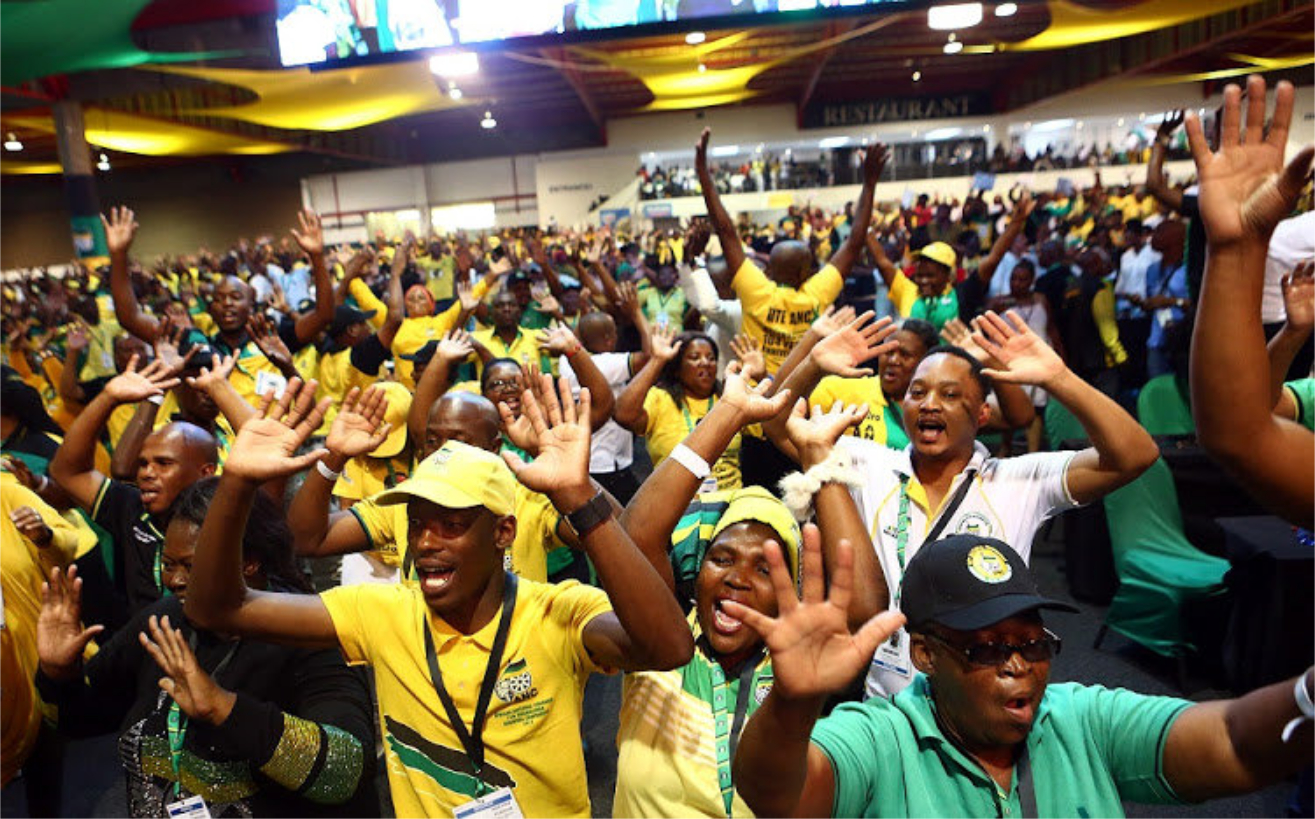 Hallelujah Al – let’s get the Sushi ready to feed all those Japanese people who must be there somewhere, along with the Hispanics, Aussies, Irish and Pakistanis. No doubt they would probably be hiding somewhere in the background, right Al? 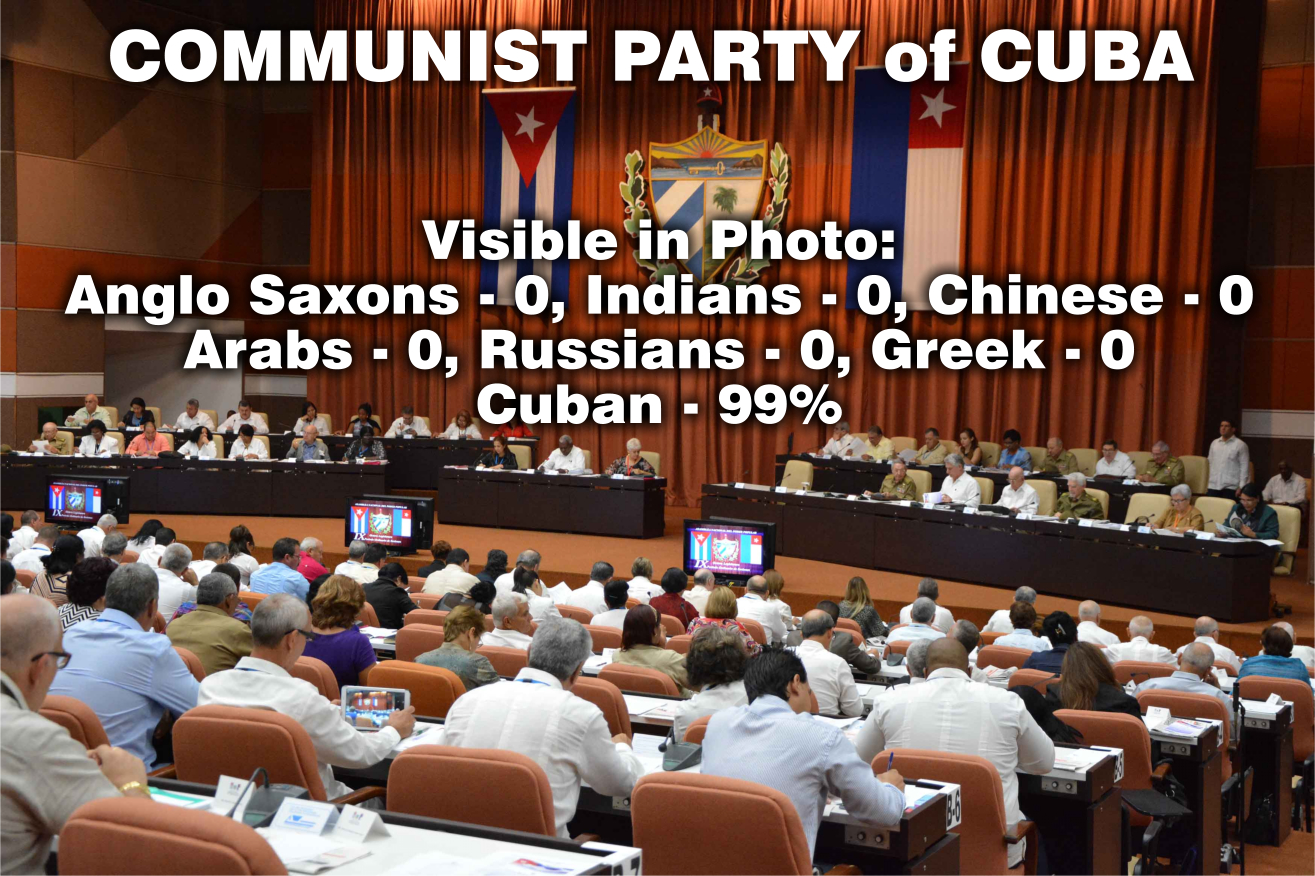 How many blacks, Indians, Chinese, Russian or Scottish people do you see in the Cuban Communist Party, Al? Good luck with that. 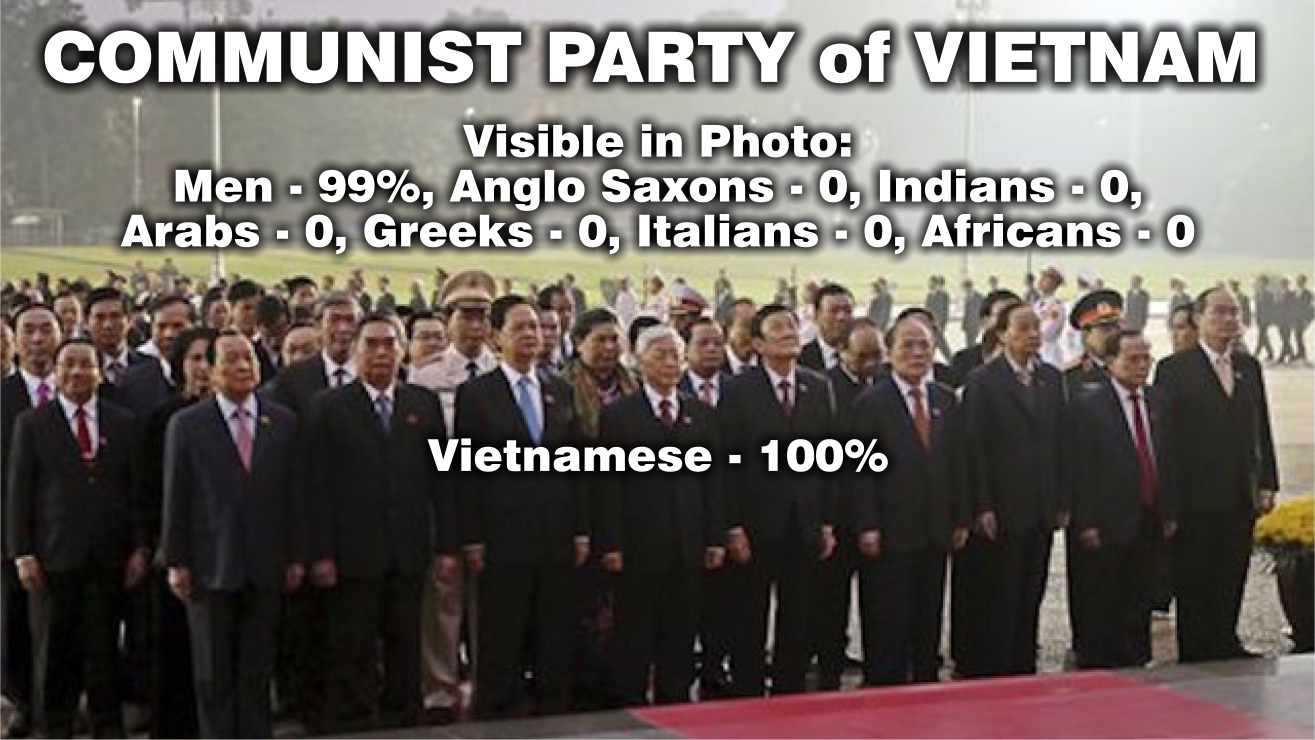 Oh, Al, it is so embarrassing that your beloved commies are entirely xenophobic and racist. 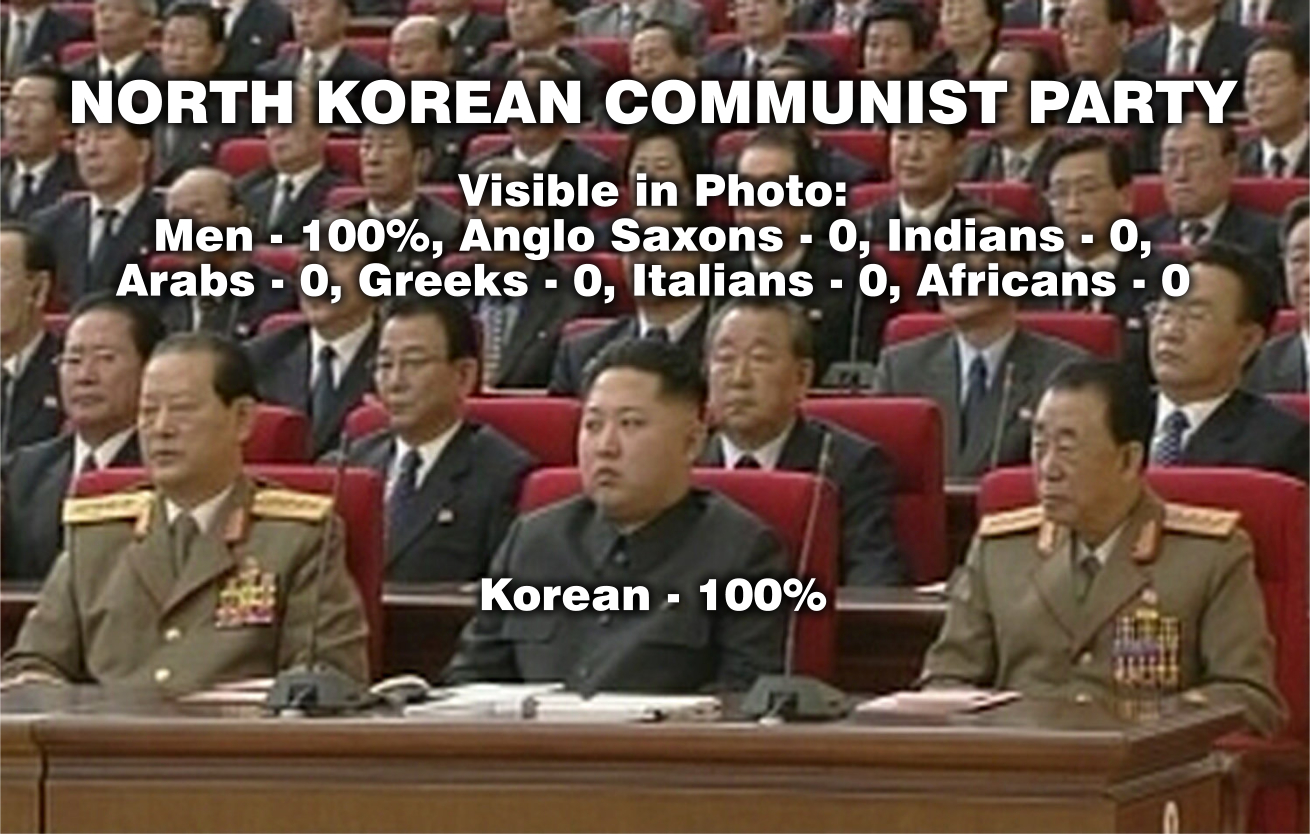 Democrats want world communism. When that happens what will become of blacks, Al?

If world communists are this xenophobic it is predictable they will vote to send all blacks back to Africa. Once there perhaps you can change your name to Al Blunton because you surely are not the sharpest knife in the drawer, sonny.