Talking heads must come up with something to yap about each day, but it’s all quite dull. Millions skip through the news and fast forward any time they see Biden waffling and stammering because he is about as interesting as the stain on an illegal immigrant’s shorts.

We don’t need a picture of Trump whose caption reads ‘Miss Me Yet?’ because every President gets those. Trump missing is like a lion missing. The tribe goes back to normal and begin sniping at each other. When the lion was around, they were all engaged in one mission: scare the lion away. It united the Left.

Now that the lion is gone, the Left will unravel and begin fighting with each other. They are already doing it. 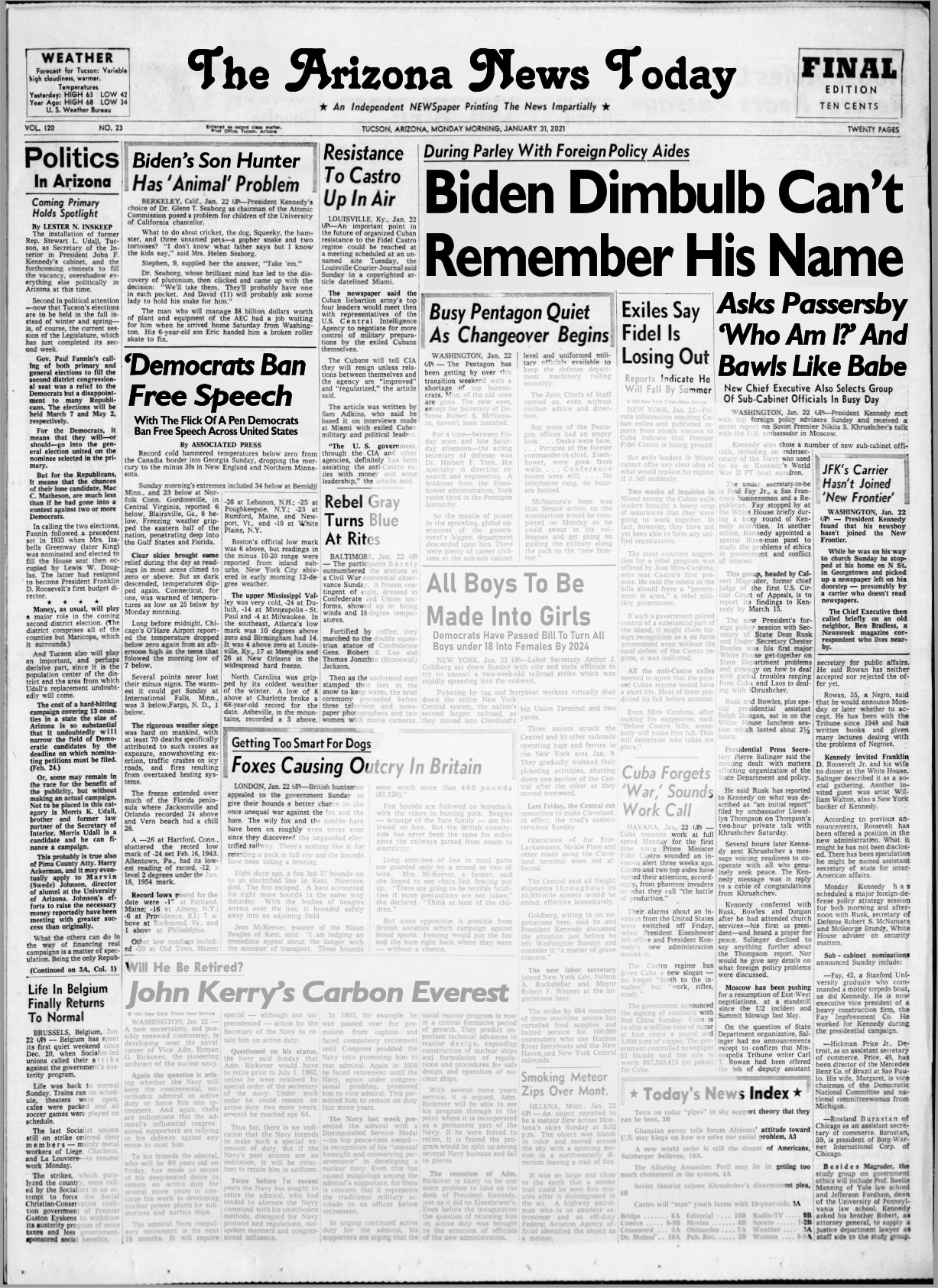 Soon many so-called journalists will find themselves out of work. They were useful idiots, hired to bash Trump, and there is no need for them now. If you were one, get ready for a letter from your editor. Soon you will be womansplaining to your friends, “I used to be a reporter.”
You may miss Trump more than anyone since you depended on him being around for your bread and butter.

How about Rupert Murdoch? Did he decide that ending Trump’s reign would help circulation? If so, he may have made the biggest mistake since Decca Records rejected the Beatles. Perhaps he thought Trump was just another Gough Whitlam, Ronald Reagan, Bob Hawke, Bill Clinton, George Bush, or Obama, to be shifted around the chessboard to help sell newspapers.

Murdoch’s success in magnifying ratings by sacrificing kings notwithstanding, Trump was no chess-piece. Billions love the man because he was so unlike politicians. Donald Trump is a living legend, adored by half the world, and will live on forever as the greatest President since Abraham Lincoln, long after Murdoch is forgotten. To turn against such a man in his greatest moment of need was cowardly, not businesslike. He may have overlooked, too, that after writing about Trump for five years, most reporters no longer know how to do anything else.

Now that America’s rightful President has had his crown stolen by Socialists, and the inmates are running the asylum, it will be fun to watch them destroy their economy and chase voters to the other side. We have four years of boring, empty news in front of us, and then perhaps The Donald will rise from the ashes to take his greatest victory of all: a sweeping win in the 2024 United States Presidential Election. He will surely not pull his punches in a second round, either. I doubt there will be any more Mister Nice-guy.