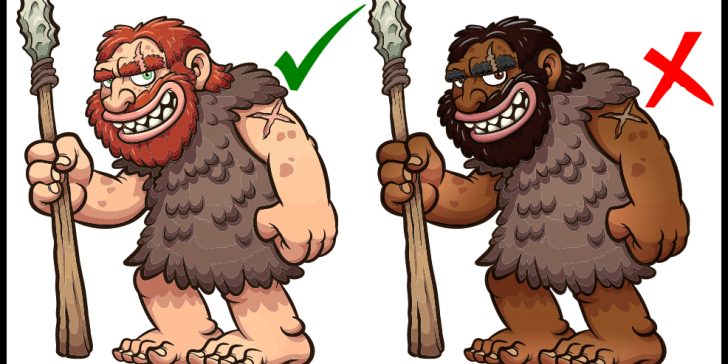 Far-left Media, Unions, Democrats, Schools, Hollywood, Internet, & Publishers (MUDSHIP) believe that having black or brown skin is a handicap — the darker the skin, the bigger the handicap. The evidence for this is overwhelming, but let us start with something simple; cartoons.

A great myth has evolved that cartoons of dark-skinned people are racist even when the picture is no different from cartoons of white people, other than skin color. It has reached the mind-blowing point that all one needs to do is color in a comic character’s skin to make the sketch racist.

Take the comic below of a guy in a T-shirt that reads ‘I’m with illiterate moron’ with an arrow pointing to his friend on the right, who says, “Hey man, cool shirt.” As long as the character on the right is white, no one has a problem. 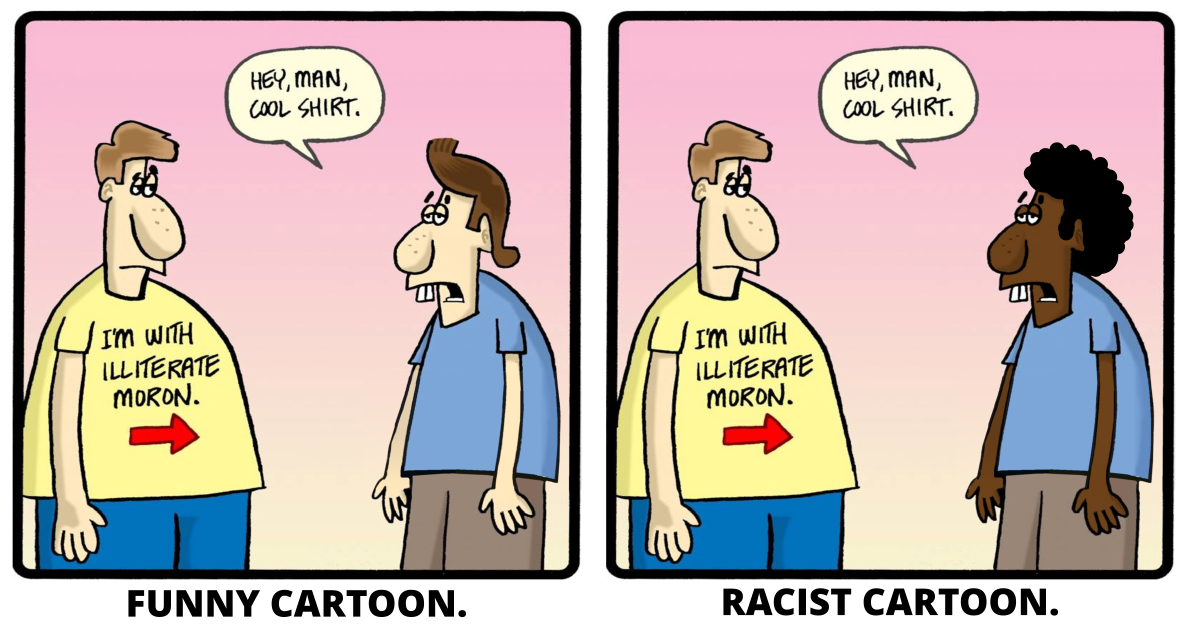 Now add color to the guy on the right, and low and behold, suddenly butt-hurt Democrats say it’s a racist cartoon. They believe that being a colored person is a handicap, and everyone knows you must not poke fun at handicapped people. If you drew a blind man, a one-legged man, or a wheelchair-bound man as the butt of the joke, you would be called a bigot of the worst kind.

According to Democrats, people are disabled if they are blind, deaf, crippled, brain-injured, or have dark skin.

My last article featured a cartoon of a large, obnoxious female guard bullying a first amendment auditor in the post office. I made two versions, one white, the other black. 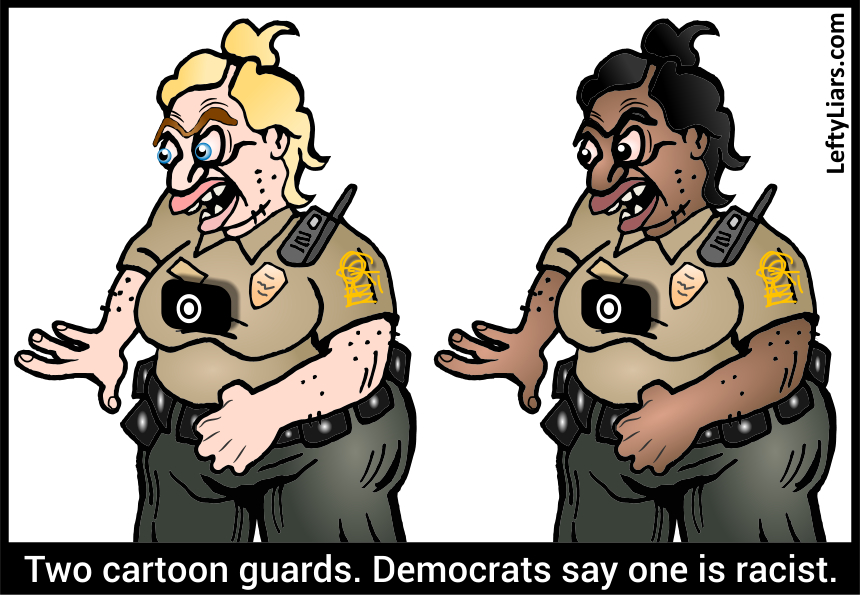 Since there were three other white people in the picture, I picked the black security guard. The cartoon was immediately labeled racist by Democrats on Reddit. Had I chosen the white guard – no problemo!

MUDSHIP (Media, Unions, Democrats, Schools, Hollywood, Internet, & Publishers) say whites have privilege because, in their minds, evil brown or black melanin does not handicap them. When they talk about privilege, they are talking about themselves. They feel very privileged to have their beloved white skin. The Captain of MUDSHIP, Joe Biden, likes to reminisce about how his blonde hairs stood up on his wet, white legs as roaches straddled his lap on the edge of the pool. In his mind, the brown skin of black kids is synonymous with the brown exoskeleton of cockroaches.

White Republicans and conservatives have no problem with colored skin and see nothing wrong with including black or brown people in cartoons or comedies. They joke about whites, blacks, and Hispanics equally because they are not racially preoccupied. Democrats hate that behavior because they think you should never poke fun at handicapped people. “Black and brown people don’t have as many advantages as whites,” white Democrats teach school-kids. “We must help them with welfare and handouts because we are privileged.”

Republicans disagree. They know that colored folk are perfectly capable of looking after themselves and that welfare spoils them, as it does anyone who partakes. It is the fastest way to ruin marriages, fatherhood, and children’s futures, regardless of race.

Dividing Races in Exchange for Power

MUDSHIP (Media, Unions, Democrats, Schools, Hollywood, Internet, & Publishers) invite millions of ‘handicapped’ colored immigrants to flood into the USA to go on welfare in exchange for their votes. Anyone who disagrees is labeled a racist. To keep the ‘handicapped’ imports voting for Democrats, MUDSHIP constantly tell them American whites are racist. The step-by-step process is as follows:

While this causes all kinds of problems for existing citizens, it harvests votes for the Democrats, which gives them power, and power is their goal at all costs.

Swampy Socialists like to throw shindigs after stealing elections. Everyone is invited, especially criminals, rapists, child kidnappers, slave traders, prostitutes, drug pushers, thieves, and gang members. Come the midterms; Democrats will be aching from a bad hangover. Too much moonshine and swamp gas will do that. After the elections, they will wish they had partied less and worked more, especially when their mud ship turns into a bog.